Gate.io Blog Optimism Released an Article to Recall the Course of the Project, Maybe Will Airdrop Management Tokens
Hotspot

Optimism Released an Article to Recall the Course of the Project, Maybe Will Airdrop Management Tokens

1. On April 19, Optimism, Ethereum layer 2 project, released an article to recall the development process of the project, suggesting that it may launch governance tokens and even carry out community airdrops.

2. An important contribution made by Optimism is the establishment of OVM. Ethereum virtual machine EVM has excellent compatibility, so that almost all smart contracts that can be implemented on Ethereum Layer 1 can be reproduced on Optimistic Roll.

3. After Optimism officially released the article mentioned above, some tokens under Optimism ecology have increased significantly, such as the DeFi projects Lyra Finance (LYRA) and Synthetix.io（SYX）.

4. You can try to interact with the Optimism network in the near future to grasp potential airdrop opportunities.


On April 19, Optimism, Ethereum layer 2 project, released an article - "New Chapter" in its official mirror account, reviewing the course of the main online line of the project for more than a year, and said at the end of the article that "a new chapter driven by community ownership and community governance will be opened". This statement triggered a heated debate in the community. It is rumored that Optimism may launch governance tokens in the near future, and even carry out a community airdrop. 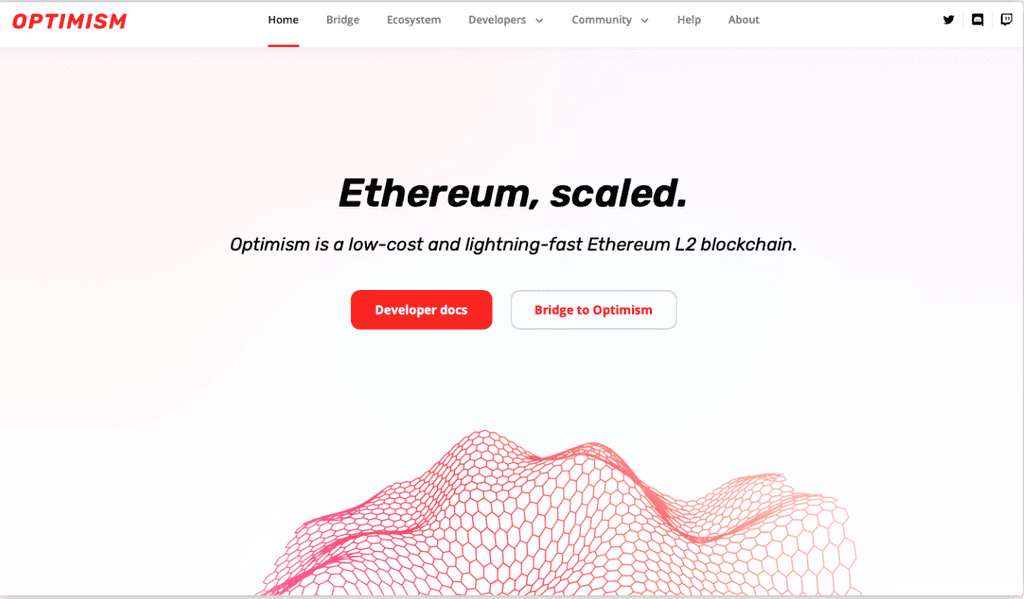 Optimism's main network has been online for more than a year. According to statistics, the project has completed the following missions:

At present, the Optimism project has more than 40 employees and has received more than $175 million in financing, led by a16z and Paradigm. Next, let's learn about Optimism, one of the most important capacity scalable schemes in Ethereum.

Optimism was founded more than three years ago. Its predecessor was Plasma Group, a non-profit working group that studied Plasma scalable schemes. At that time, Plasma was still considered the most promising scalable scheme. In June 2019, with the gradual formation of the Rollup concept, the Plasma Group team quickly seized the opportunity and founded the current Optimism based on the Optimistic-Rollup, one of the two Rollup schemes.

Rollup technology is located at the core of Ethereum's current scalability roadmap. In essence, it establishes a Layer 2 chain for transaction execution in addition to Layer 1, which is based on Ethereum. After the transaction is executed, it is summarized or "packaged" and sent to the Layer 1 sharding chain periodically. In the first mock exam, Layer 1 mainly acts as a data provider, while Rollup handles the computation tasks. Rollup technology is expected to significantly reduce the gas fee of Ethereum transactions to less than one tenth of the current one, and in the meanwhile, it may provide more than 1000 TPS.

As the name suggests, Optimistic-Rollup is a more "optimistic" technical solution. It assumes that all transactions are valid, so it will not verify all information, but only find the invalid transactions through "fraud proof". The fraud proof has a challenge period mechanism, which lasts for one week. During this period, any user running all of Optimism nodes can challenge the validity of the transaction. If the transaction proof is indeed problematic, the validators who propose challenges will be rewarded, and the corresponding transaction validators will be punished. Under the Optimistic-Rollup technology stack, Optimism and Arbitrum are listed as the two most significant projects.

An important contribution made by Optimism is the establishment of OVM (Optimistic Virtual Machine), which has excellent compatibility with the Ethereum virtual machine EVM, so that almost all smart contracts that can be implemented on Ethereum Layer 1 can be reproduced on the Optimistic Roll. Since the data will eventually be written to Ethereum Layer 1, Optimism actually enjoys the same degree of security as Ethereum itself.

For more information about Ethereum's scalable scheme, please refer to our previous blog post:
1.Will Layer 2 and the Future Sharding Update to be Activated in 2022 be Ethereum’s Ultimate Solution to Boost Scalability?
2.Crack The "Impossible Triangle": Overview of Layer 2 Solutions


How to interact with Optimism? 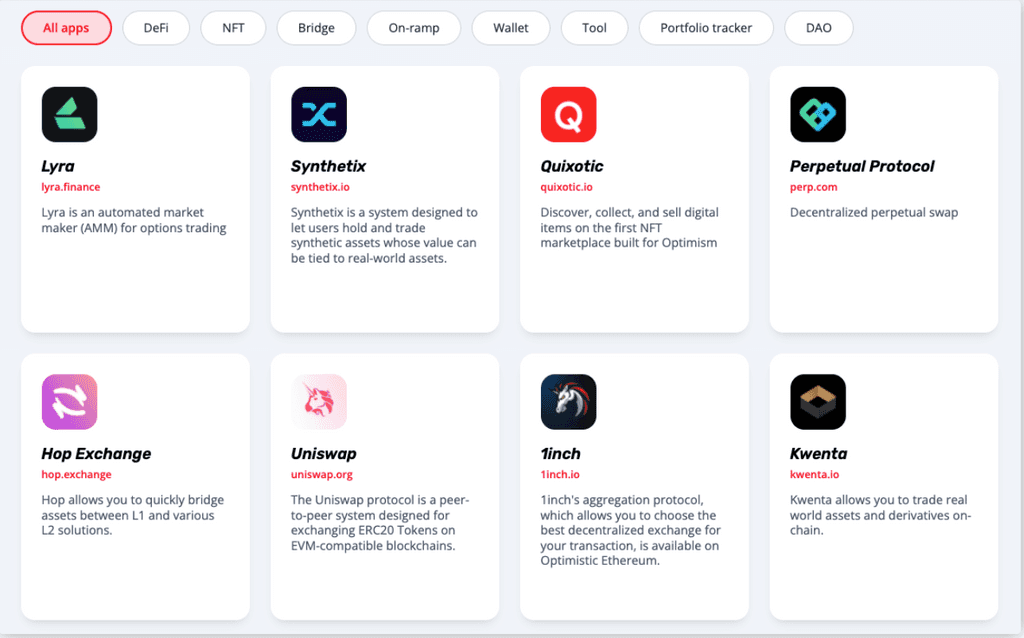 Image: list of some applications under Optimism ecology; Source: Optimism.io

After Optimism officially released the article mentioned above, some tokens under Optimism ecology have increased significantly, such as the DeFi projects Lyra Finance (LYRA) and Synthetix.io (SYX). This also shows that the market has high expectations for the airdrop of Optimism tokens. 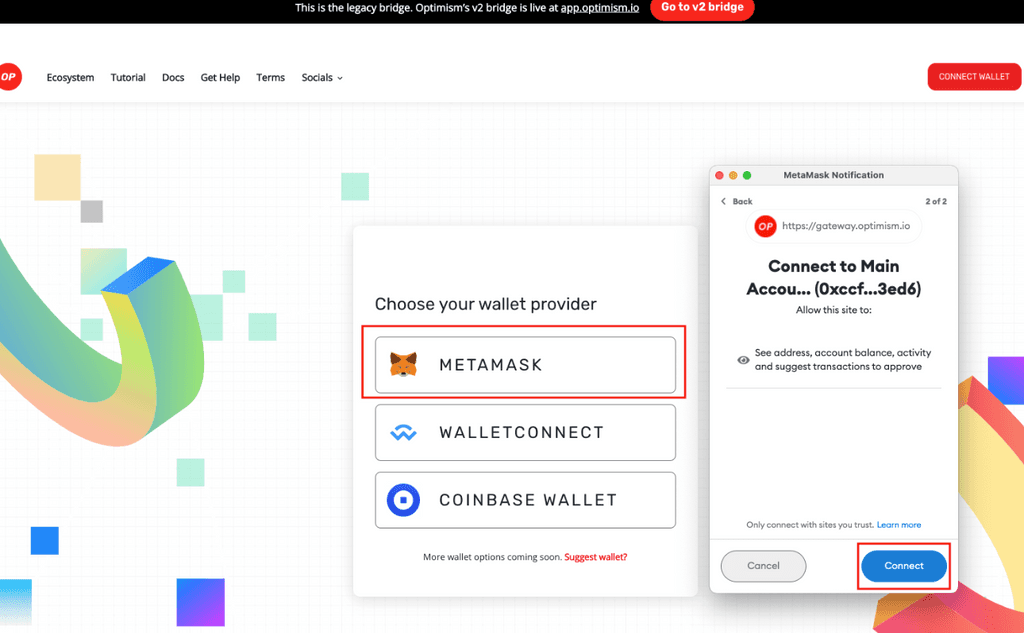 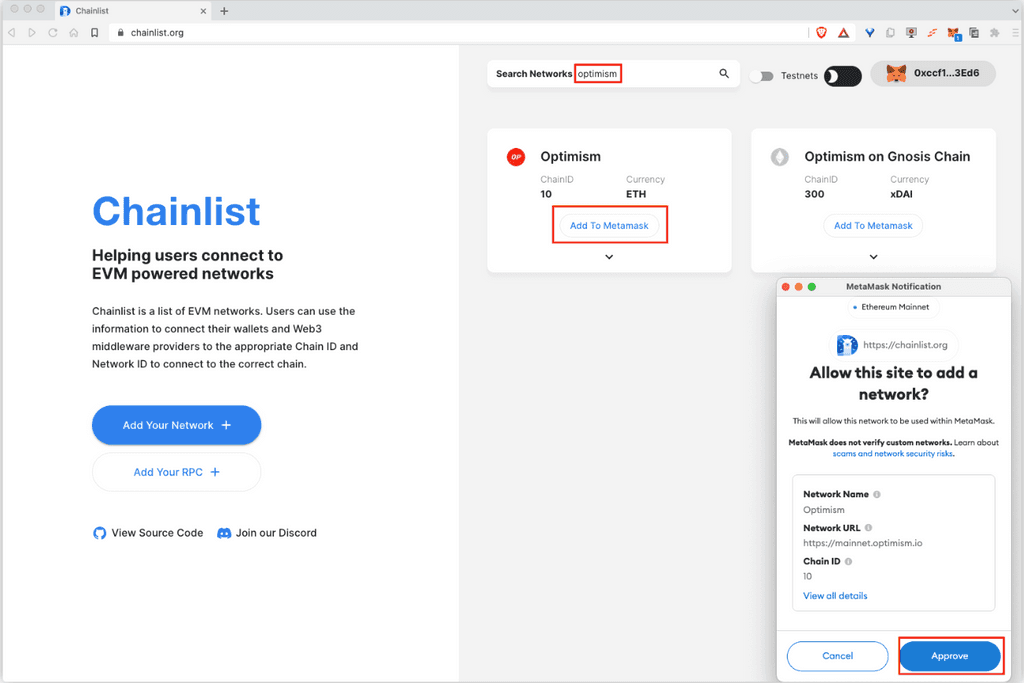 3. Access Dapp on the Optimism network to complete the interaction with the network.
We recommend using two Dex：Uniswap and 1inch to interact, try to trade or provide liquidity.

Author: Gate.io Researcher: Edward H. Translator: Joy Z.
* This article represents only the views of the researcher and does not constitute any investment suggestions.
*Gate.io reserves all rights to this article. Reposting the article will be permitted provided Gate.io is referenced. In all other cases, legal action will be taken due to copyright infringement.