Gate.io Blog The Biggest Airdrop in History May Come: Metamask Will Launch A Token Soon
Hotspot

The Biggest Airdrop in History May Come: Metamask Will Launch A Token Soon 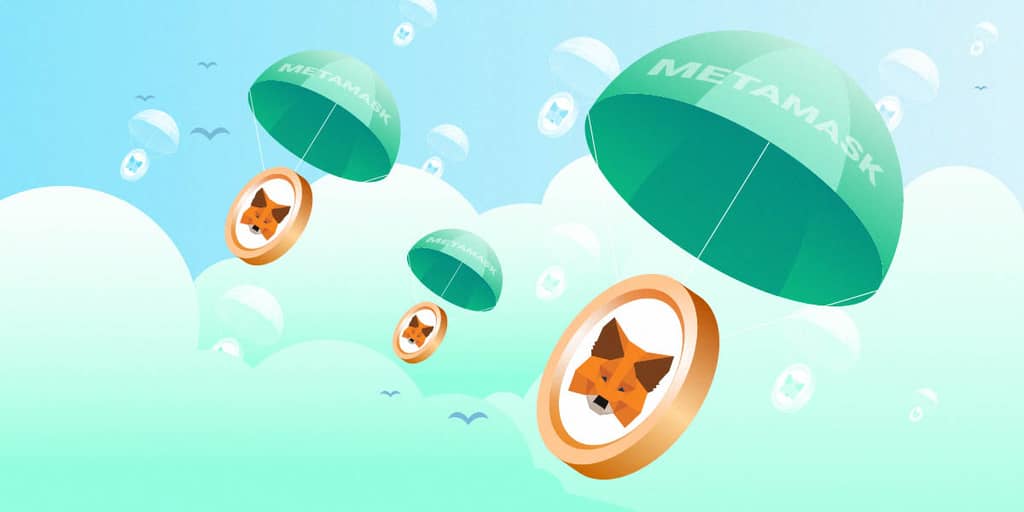 1. On March 15, Joseph Lubin, CEO of ConsenSys, said in an interview that MetaMask would soon establish DAO and launch tokens at the same time.
2. The new MetaMask DAO will not directly participate in the management of MetaMask, but will fund the update of MetaMask and "gradually realize decentralization".
3. Metamask is the most popular asset wallet in Ethereum presently, and it is also the main entrance to Ethereum’s DeFi projects.
4. In January this year, MetaMask's monthly active users (MAU) exceeded 30 million, representing an increase of 42% in a quarter.


The much-anticipated MetaMask airdrop may really be coming. MetaMask is about to establish DAO and launch tokens. Once confirmed for airdrop, it may become the largest in the history of cryptocurrency.

On March 15, ConsenSys, the MetaMask developer, an Ethereum crypto wallet application, announced that the company had completed the fourth round of financing totalling US $450 million, with the participation of a number of institutions including Temasek, SoftBank Vision Fund 2 and Microsoft. Following the completion of the third round of financing of US $200 million in November last year, the fourth round of financing also pushed the value of the company to more than US $7 billion. Just after announcing the completion of such a large-scale financing, Joseph Lubin, CEO of ConsenSys, said in an interview on the same day that MetaMask would soon establish DAO and launch tokens at the same time. 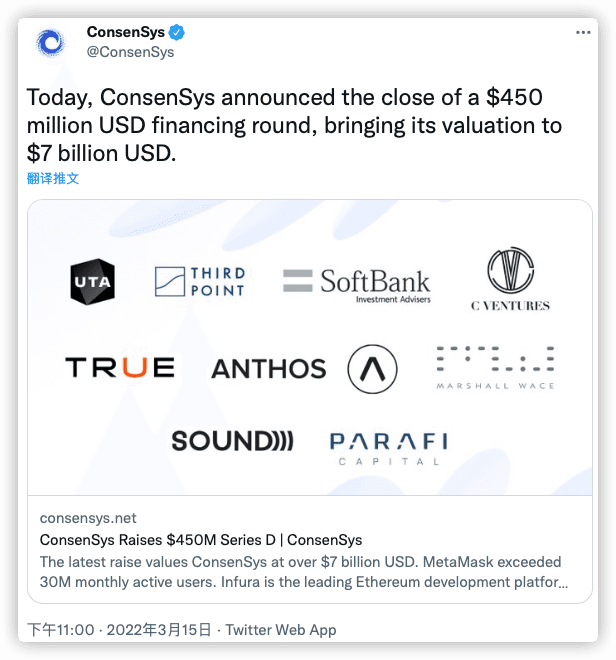 It is reported that in order to control more Ethereum when Ethereum turns to the PoS consensus, ConsenSys will convert all the funds obtained in this round of financing into ETH. In addition, ConsenSys will recruit more than 600 new employees worldwide and step up the development of its Ethereum ecological plan. In this token issue, MetaMask will be more cautious to meet the requirements of the U.S. regulators. The new MetaMask DAO will not participate directly in the MetaMask management, but will fund the MetaMask updates and "gradually achieve decentralization". The specific launch time of DAO and tokens has not been disclosed.

Wallet applications such as MetaMask have an important special position in Web 3.0 and DeFi ecology. As ConsenSys said in a statement, users around the world rely on MetaMask to mint and collect NFT, join DAO and participate in the DeFi protocol. With the popularity of DeFi, relevant supporting basic settings are becoming more and more significant. Metamask is the most popular asset wallet in Ethereum, and it is also the main entrance of the Ethereum DeFi project. 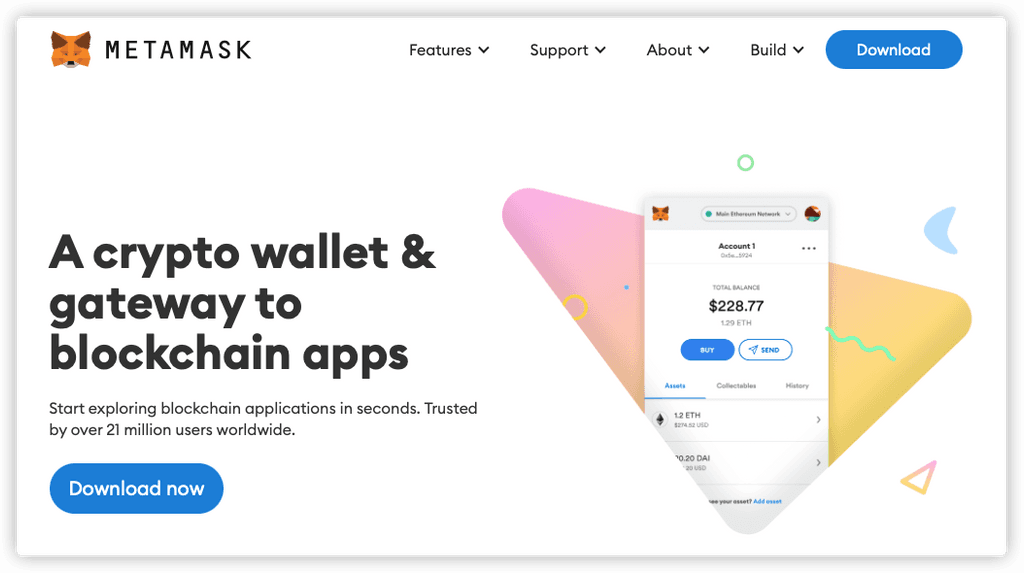 On October 4, 2020, MetaMask also launched its own DEX aggregation service MetaMask Swap function, which allows users to exchange cryptocurrencies directly in their wallet at the lowest possible network cost. While providing convenience for users, MetaMask Swap charges a handling fee of 0.875%, slightly higher than the ordinary DEX. This function brings a handling fee income of tens of millions of dollars to MetaMask every month. In January this year, MetaMask's monthly active users (MAU) exceeded 30 million, representing an increase of 42% in a quarter.


There have been discussions on the MetaMask airdrop in 2020. Previously, a large number of decentralized projects, including Uniswap, rewarded early users of the project through airdrop when launching tokens, while several airdrops with high rewards, such as ENS and dYdX, aroused strong FOMO sentiment in the whole community. Therefore, the news that metamask is about to launch tokens undoubtedly rekindled people's imagination of metamask airdrops. So, how to complete the interaction with MetaMask?

The first step in using MetaMask is to select the appropriate application version. At present, as an online wallet application, MetaMask has launched a browser plug-in version and a mobile App version. The browser plug-in version of MetaMask supports Firefox browser and a variety of browsers with Chromium as the core, such as Chrome, Brave, Edge, etc. The mobile version supports both IOS and Android. Here we take MetaMask on the Brave browser as an example. 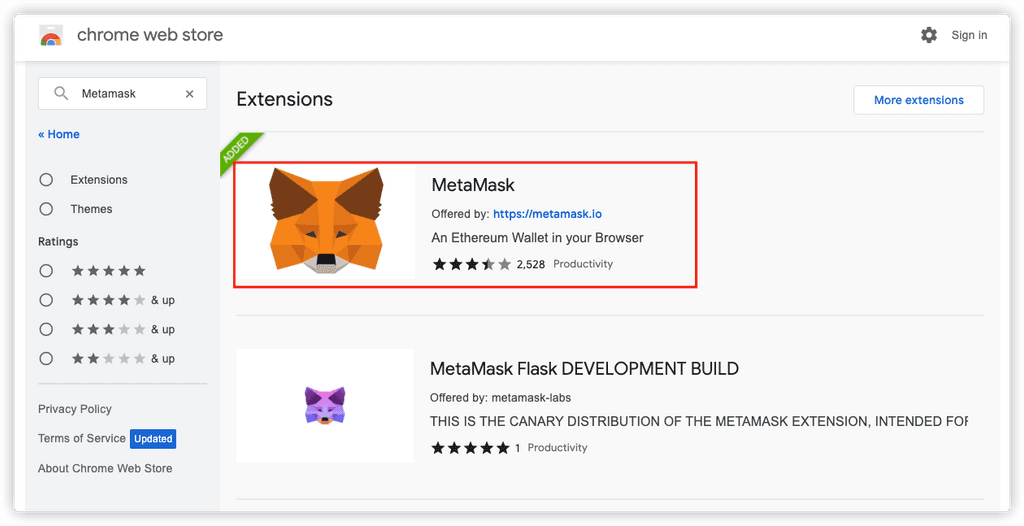 After successfully installing the plug-in, users need to create their own wallet address, set account password and copy wallet mnemonics. A wallet address can be divided into a public key and a private key. The public key is like the address in the address book, and the private key is the key to the door. Wallet mnemonics are calculated according to the private key, which is a form of convenient memory and recording. Therefore, you need to pay special attention to keeping your private key. It's best to copy it on paper and keep it properly.

After the address configuration is completed, the wallet has been configured with the Ethereum main network and four test networks by default. On the faucet website of test network, you can receive test tokens, test transfer, transaction and other functions. The faucet website of Ropsten test network is: https://faucet.egorfine.com/. In addition, users can also configure blockchain networks such as Polygon and Arbitrum by themselves. Compared with Ethereum's main network, the transaction speed is faster and the gas fee is lower. 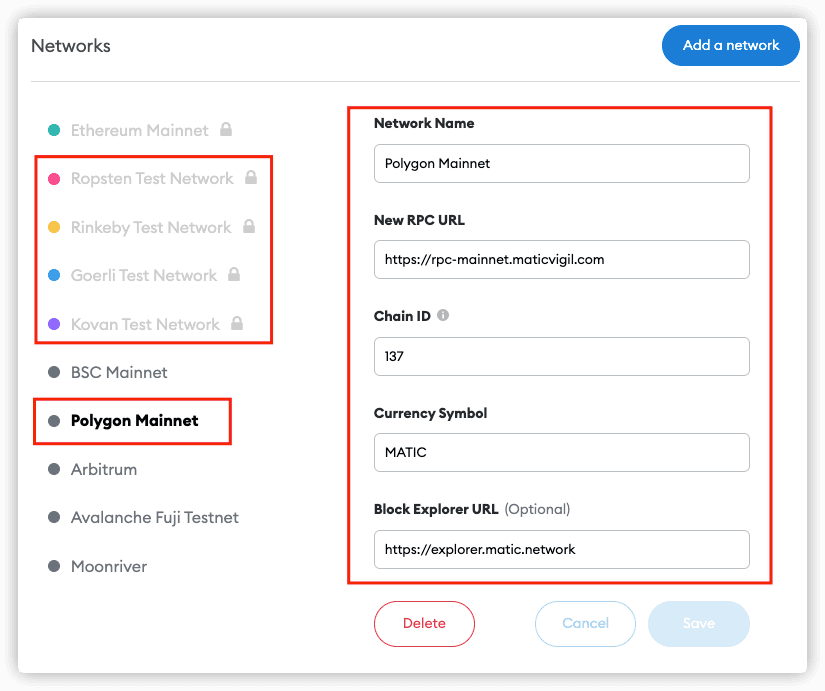 After entering the asset page, you can see the three main functions of the wallet, including token purchase, transfer and Swap. Swap is the Dex aggregation service mentioned above. You can enter the Swap function after switching to the Polygon network to complete the interaction at a lower handling fee. 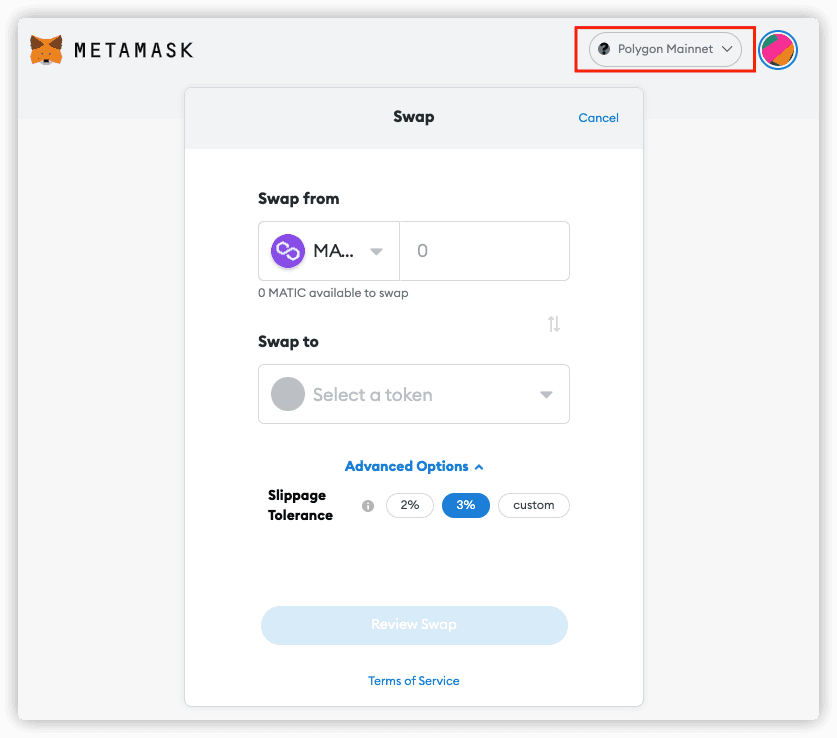 
In the future, MetaMask may continue to expand its ecology and cross over to Polkadot, Solana and other chains.

Due to the extremely high number of users and transactions of the project, MetaMakes may set a certain threshold for airdrop, such as the total value threshold of the numbers held in the wallet, the transaction volume threshold on MetaMask Swap, etc. No matter whether the future airdrop really exists or whether there is an opportunity to participate, learning how to use MetaMask is a necessary ticket to enter the world of DeFi and embrace the future of Web 3.0.

Author: Gate.io Observer: Ashley H. Translator: Joy Z.
Disclaimer:
* This article represents only the views of the observers and does not constitute any investment suggestions.
*Gate.io reserves all rights to this article. Reposting the article will be permitted provided Gate.io is referenced. In all other cases, legal action will be taken due to copyright infringement.

What is Curve War: Gain Insight Into Curve - The Stablecoin Exchange Leader
A Cosmic Dream：Shiba’s Metaverse Layout
A Summary of the Joe Biden Crypto _utive Order

Share with：
Follow us：
Trending
Ethereum Merger is Coming, and the Triple Halving May Help ETH Soar
stETH Depeg Crisis | Will Ethereum Repeat Luna‘s Mistakes?
Three Arrows Capital May be Liquidated and Cause a Crisis. Why is the Top Crypto VC in Such a Situation?
Depeg Returns | stETH has a Liquidity Crisis and Ethereum is Implicated
0607 Daily Flash | South Korea to Unify Token Listing & Delisting Standards；Over $70 Billion Flowed Into Crypto Markets in Past 24 Hours；Do Kwon Manipulates Governance Using Shadow Wallet
Claim 20 Point now
Exclusively for Newcomers: complete 2 steps to claim Point immediately!