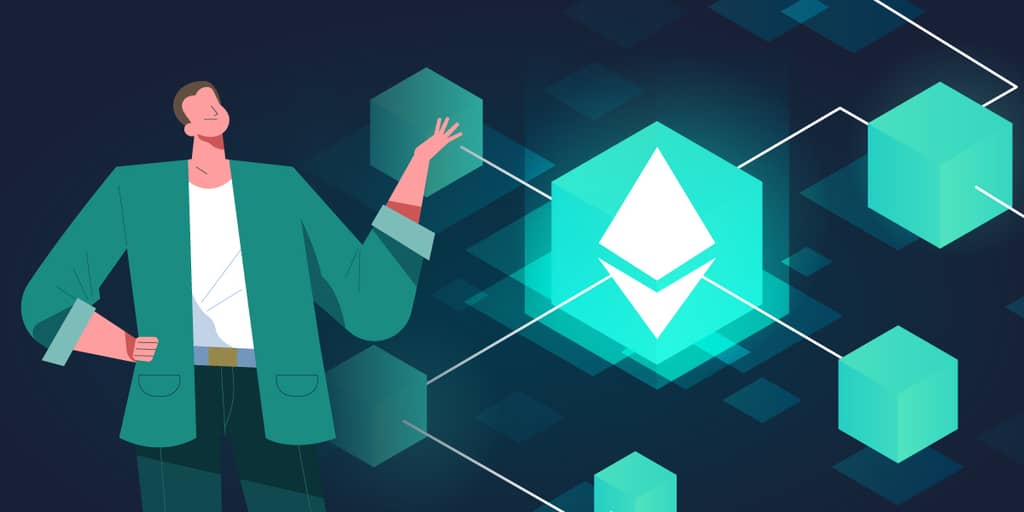 【TL; DR】
On December 6, Vitalik Buterin published an article "Endgame" on his personal blog, planning a reasonable path for the scaling of Ethereum and other major blockchains to help these blockchains maintain their ability to de-trust and resist censorship when they obtain high scalability, and achieve a better balance in the Impossible Triangle.

In fact, on December 2, a few days ago, on the first anniversary of the launch of Ethereum beacon chain, Vitalik released the subsequent development roadmap of Ethereum on Twitter. In the future, the follow-up work of Ethereum will mainly include the following main parts:

The Surge: improve the scalability of Ethereum greatly by using sharding technology.

The Verge: introduce the Verkle tree and other mechanisms to realize statelessness.

The Purge: understand early historical data and other technical issues.

The Splurge: many other important upgrades. 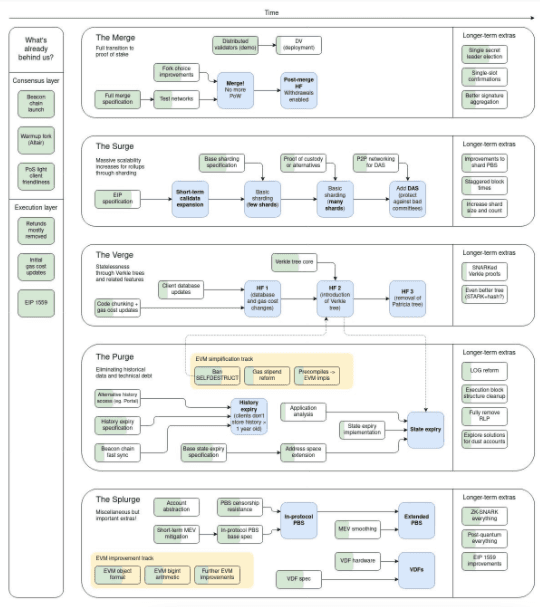 For the overall structure of Beacon Chain + Shard Chains + Layer" of Ethereum in the future, please refer to our blog post:
Will Layer 2 and the Future Sharding Update to be Activated in 2022 be Ethereum’s Ultimate Solution to Boost Scalability?

In the article, Vitalik demonstrated the trade-off of "large blockchain" in scaling through a thinking experiment. "Large blockchain" refers to those blockchains with large chunks and high trading frequency (up to thousands of trades per second). Due to the large chunk capacity, the size of the entire blockchain ledger will also expand rapidly, so that most nodes cannot meet the hardware requirements for running the blockchain and exit the network. This "large blockchain" is often highly centralized, and there may be only hundreds or even dozens of nodes with block production capability and nodes running the entire java_script_. So is it possible to make this blockchain that does not perform well in decentralization also have a high capability to de-trust and resist censorship? 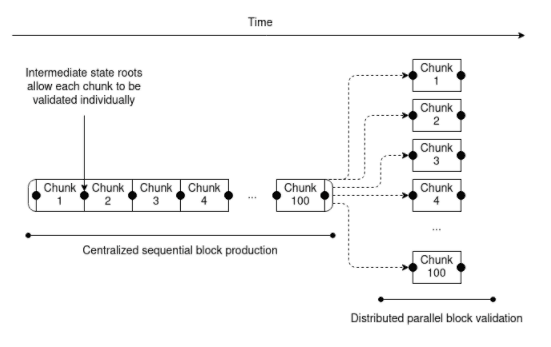 Vitalik drew a flow chart describing the process of "central production block" + "distributed validation". He thought this method was "not beautiful" and "aesthetically ugly", but it did provide the system with the ability to resist censorship. Even if a layer 1 staker (block producer) intends to attack or censor the chunk content, the most he can do is to leave the network and temporarily make the Ethereum network unable to produce blocks until the next honest node is selected.

Secondly, after realizing centralized block production + decentralized validation, it is also necessary to introduce Fraud Proofs or ZK-SNARKs, so that the second layer staker can directly validate the reliability of the chunk. The cost of these two technologies is very low. Among them, ZK-SNARKs allows to directly prove the reliability of chunks in cryptography. The principle of Fraud Proofs is that once the trade assigned by the node is found to be wrong, the Fraud Proofs can be broadcast.

Thirdly, introduce DAS Technology (data availability sampling). DAS is closely related to Sharding and Rollup technology. We know that Sharding technology not only eliminates the need for nodes to store all data, but also provides Rollup with data availability. Using DAS technology, users running lightweight nodes can also validate the openness and transparency of blockchain content without downloading all data.

Fourthly, add secondary trading channels to resist censorship. The nature of blockchain resisting censorship can be described as: "no one can prevent a trade on the blockchain or add code to the smart contract. Users can perform whatever they want on the blockchain". Vitalik also provides a possible secondary trading channel scheme, which allows the second layer staker (validator) to submit a trading list and must include the next chunk.

Ethereum 2.0 itself cannot solve all the problems of scalability, but it provides a good platform for others to propose and solve problems, such as Arbitrum (Layer 2 solution), Optimism and Zksync. On Ethereum, DAS technology makes Sharding possible, and Sharding provides Rollup with data availability. The data after Rollup will be distributed to each major Sharding. Rollup nodes or block production nodes require high processing capacity, and Rollup mechanism also ensures the effectiveness of chunks. If a Rollup is successful and occupies the whole Layer 2 tracker, it also constitutes a capability of centralized block production + distributed validation. 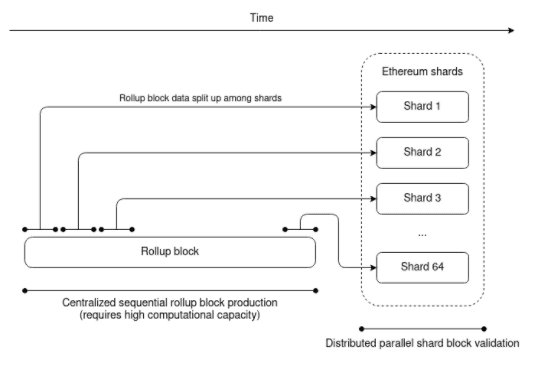 If no single Rollup technology can occupy the whole market, all kinds of Rollups will coexist. Then, due to the existence of cross-domain miner extractable value opportunity (MEV), multiple Rollups have complex trading and arbitrage opportunities, which will eventually lead to the situation that a small number of people seek MEV to control the whole blockchain system.

Finally, we can conclude that Vitalik thinks whether it's Ethereum with a Sharding + Rollup structure or a traditional "big block" blockchain, the mode of centralized block production + decentralized validation is always their final destination, which is what he calls the "Endgame". However, in view of the immature technologies such as Shardind and Rollup, it may be several years before this "Endgame" comes.

Author: Edward.H, Gate.io Researcher
*This article represents only the views of the researcher and does not constitute any investment advice.
*Gate.io reserves all rights to this article. Reposting of the article will be permitted provided Gate.io is referenced. In all other cases, legal action will be taken due to copyright infringement.

Gate.io Featured Articles of the Week
Key Points of Encryption Hearing | The Industry Called for No Excessive Regulation, and Members of Congress Proposed to Ensure Web 3.0 Revolution Took Place in the United States
The Metaverse Fuels the Booming Digital Property Market: What did JJ Lin buy for $120,000?
What’s The Driver Behind The Lastest BTC Sharp Pullback?
Share with：
Follow us：
Trending
Gate.io Is Sponsoring Blockchain Economy Summit In Türkiye
Gate Group Receives VFA Class 4 License in Malta, Marking a Strong Start in Europe
The Impact of USDT Depegging on the Crypto market
Cats Rule the World! | Why Do Mimic Shhans NFTs Go Viral?
Why Is There Sharp Decline In The Price Of Cryptos Recently?
Claim 20 Point now
Exclusively for Newcomers: complete 2 steps to claim Point immediately!