Gate.io Blog FTX Event Tracking | The Crisis is Far from Over, and "De-trust" is Gradually Evolving into “Non-trust”

FTX Event Tracking | The Crisis is Far from Over, and "De-trust" is Gradually Evolving into “Non-trust” 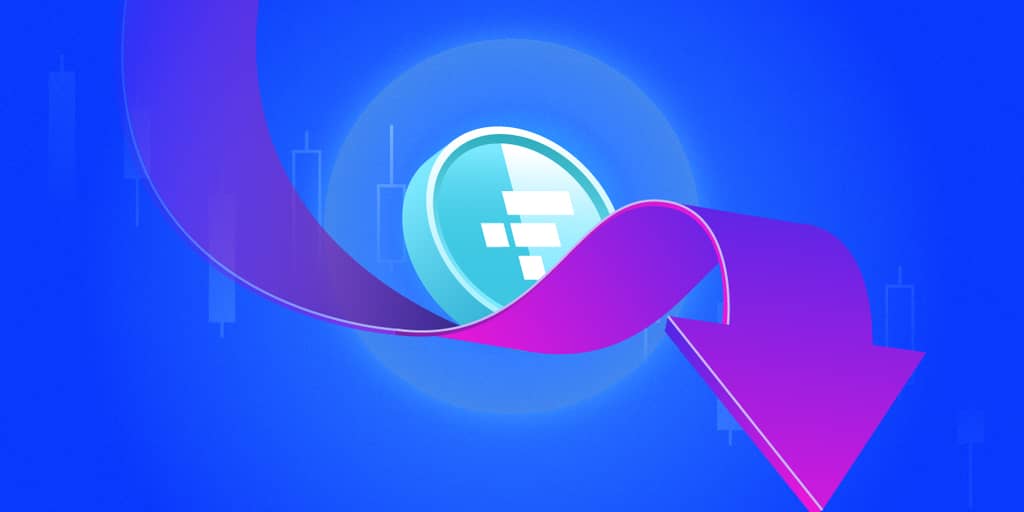 🔹 The FTX event ushered in a major turning point again - Binance abandoned the acquisition, and the crypto market fell overwhelmingly.

🔹 The FTX official website showed that users could not withdraw funds and suspended user registration, the majority of FTX team members left, and SBF lost contact.

🔹 The crisis is far from over, and the original intention of “de-trust” has gradually evolved into "non-trust".


Story Overview
Earlier this week, after Alameda Research was exposed that its balance sheet was unclear, CZ, Caroline Ellison and SBF staged a public debate on Twitter. Just one day after CZ announced the signing of the letter of intent to acquire FTX, earlier today, the official Twitter account of Binance tweeted that it has decided to abandon its potential acquisition of FTX based on the results of the company's due diligence and the latest news reports regarding the mishandling of customer funds and investigations by U.S. agencies.

Disclosure About Alameda and FTX | How Can Users Avoid Risks When Organizations Are in Chaos?

FTT Plummeted by More than 80% and BTC Dropped Below the $20,000 Threshold, Indicating a Gloomy Day in Crypto Winter

Binance Abandoned Acquisition, and the Crypto Market was Shocked, with US Stocks Falling Overwhelmingly
Later on November 10, the official Twitter account of Binance tweeted that it has decided to abandon its potential acquisition of FTX. According to insiders, when conducting due diligence on FTX, Binance was shocked by its huge financial loopholes. In the tweet of the official account of Binance: “Initially, our hope was to be able to support FTX’s customers to provide liquidity, but the issues are beyond our control or ability to help."

The news once again led to the overall decline of the crypto market, with BTC falling nearly 10%, once dropping below $16,000, a new low since November 2020; The ETH fell to $1,100, down more than 10%. The FTT closely related to the event plummeted by more than 50%, falling to $2.01 at a minimum. In addition, tokens closely related to Alameda Research also lost blood overwhelmingly, with SOL dropping by nearly 40% in 24 hours, ROOK dropping by more than 60% in 24 hours, and HXRO, MTA and other tokens also suffered from a short-term slump. 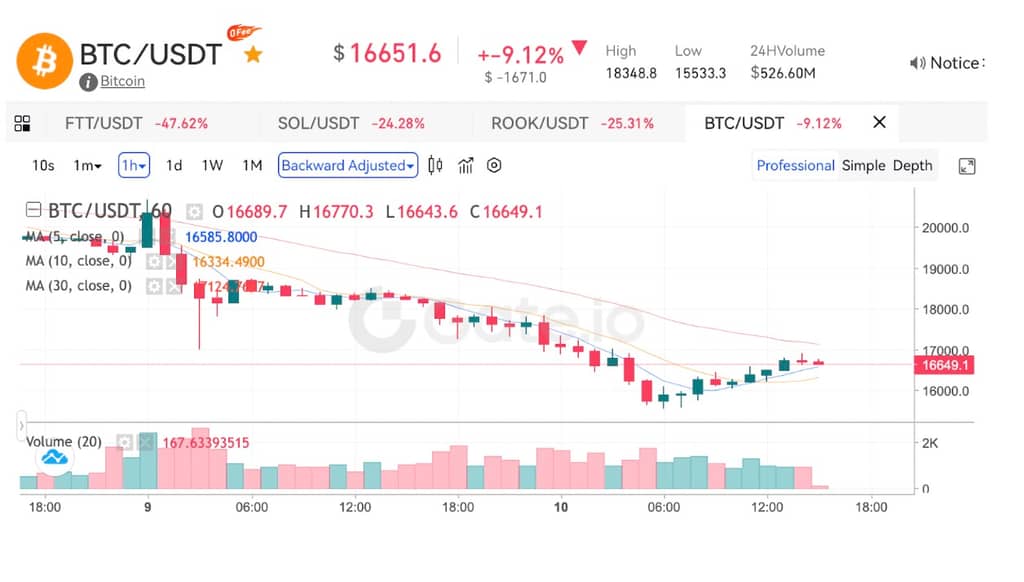 The FTX Official Website Prompts that the Withdrawal Cannot be Made, and SBF Loses Contact
What makes the lurid market even worse is that the current FTX official website is difficult to access - even if hardly enter the official website page, the top of the page also prominently reminds users that FTX is unable to process withdrawals at present, and all new user registrations are suspended. It is reported that FTX pro applications have also been removed from the APP Store.

According to insiders, most of FTX's legal team employees have left. A senior executive in the team has been unable to contact SBF for several days. Meanwhile, the senior executive said that the employees are not getting information about what is happening inside FTX, but are learning about new developments from Twitter.

However, the official website of Alameda Research, a quantitative trading company under SBF, has now become a private website for internal personnel only. The company's official Twitter account is almost empty. In addition, Caroline, CEO of Alameda Research, has deleted the information of CEO Alameda from the profile of his personal Twitter account.


Bitcoin may Continue to Fall, and FTX Internal Letter Indicates that a Funding Round Will be Conducted Next Week
Mike McGlone, senior macro strategist of Bloomberg News, believes that the sharp fall of BTC and cryptos may trigger the domino effect of macro-economy - the collapse of BTC and cryptos may trigger Capitulative stops in most markets under pressure this year. 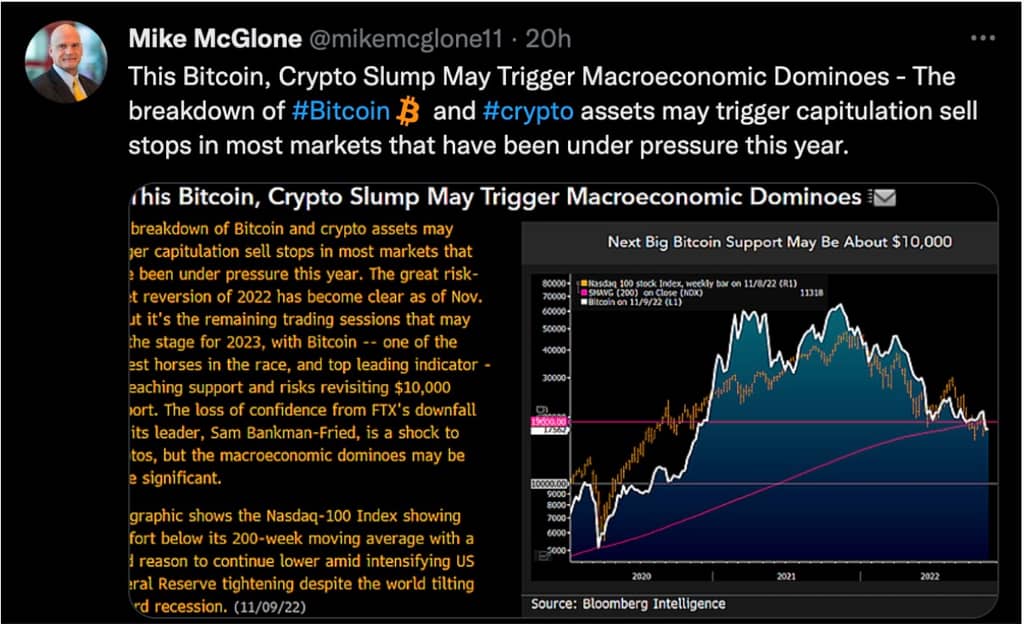 Mike McGlone mentioned that the FTX event is a big blow to the crypto market. If the domino effect occurs, the next support level of BTC is likely to be $10,000. 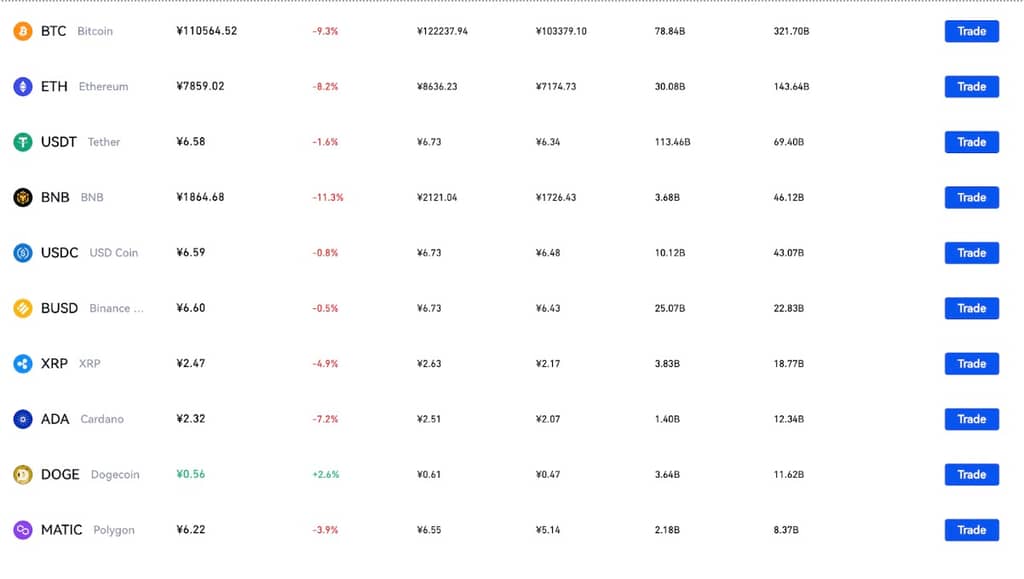 Just when the investors were still in chaos, a Twitter blogger @ cobie tweeted and displayed an employee letter issued by SBF and verified the confirmation of the internal letter. 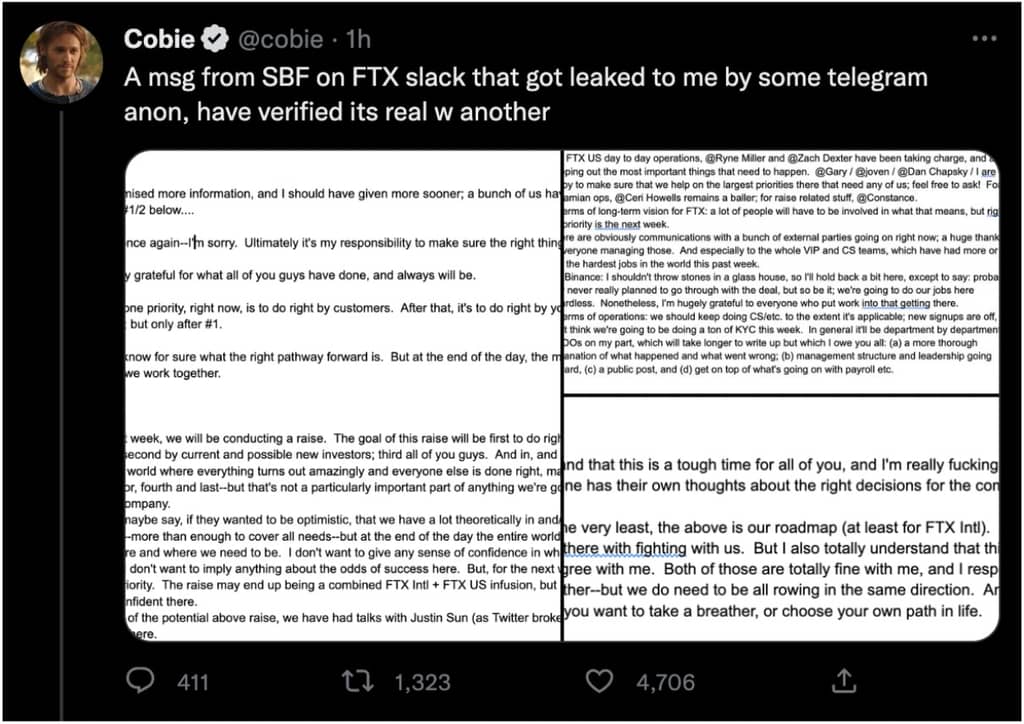 SBF mentioned in the letter:

1）A funding round will be conducted next week, and the funding may ultimately be the joint capital injection of FTX International+FTX US.

2）Part of the potential funding may be cooperation with Justin Sun.

Before that, Justin Sun, the founder of TRON, also tweeted that he was working with FTX to develop a solution to the liquidity crisis. The tweet was retweeted by SBF subsequently, which also confirmed the plan to cooperate with Sun in the employee letter sent by SBF from the side.

The Crisis is Far from Over, the Institutions are Fighting Wildly, and the Users Have no Ability to Resist Risks
At this point, the event seems to have come to an end. We can't predict whether FTX will revive in the future and whether investors' assets will be effectively retrieved. In this chaotic "war", a large number of users were affected innocently. Meanwhile, the outside world's impression of the "fraud" in the crypto industry was deepened again, which hindered some traditional institutions from planning to enter.

The original intention of the crypto industry to "de-trust" is gradually evolving into "non-trust". Unfortunately, in the cold winter of the market, some people burn their ideals for warmth; But I'm glad, Gate.io always adheres to the original intention of the industry. "Cryptography" does not mean non-transparency. Gate.io's consistent concept is to provide users with transparency and security of assets. It is willing to provide the best service for each user's encrypted transaction journey.

Author: Gate.io Researcher Jill Ma Translator: Joy Z.
This article represents only the researcher's views and does not constitute any investment advice.
Gate.io reserves all rights to this article. Reposting the article will be permitted provided Gate.io is referenced.
In all other cases, legal action will be taken due to copyright infringement.