MakerDAO, Uniswap and Other DeFi Platforms Support the Ethereum Merge 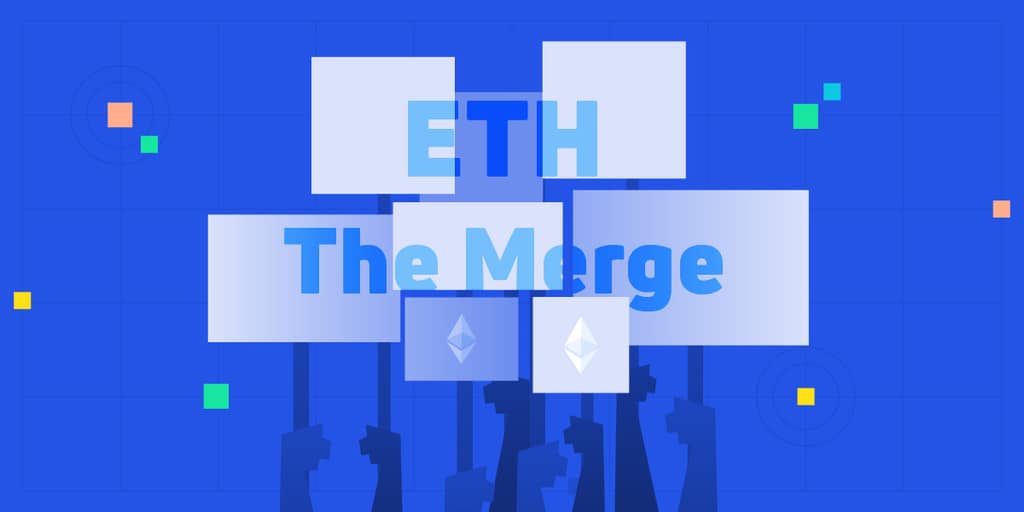 🔹 The Ethereum blockchain launched its latest upgrade, the Merge on 15 September 2022.

🔹 With the Merge, the Ethereum blockchain will use less energy than before.

🔹 The Merge ushers in a period of high staking ETH yield and deflationary pressure.

The Ethereum blockchain launched its Merge at exactly 6:43 a.m. UTC, on Thursday 15 September 2022. At that time, more than 41 000 YouTube viewers were following the event streamed live through the “Ethereum Mainnet Merge Viewing Party” channel. They watched as the Merge, step-by-step, updated the key metrics, indicating that the Ethereum upgrade was a success.

The merging process lasted about 15 minutes, after which the team declared that it was successful. Over the past months, the internet was full of news on the importance of the Merge which includes a 99.9% reduction in power usage, making the network greener than before.
Some analysts anticipate positive effects of the Ethereum Merge. For example, a renowned entrepreneur and Founder of the Dallas Mavericks basketball team told Coinbase that he was “watching [the Merge] with interest like everyone else.” His main motive was to find out if ETH is really deflationary.

An Ethereum foundation developer, Tim Beiko, said, “I think the Merge can genuinely get those people who were interested in Ethereum, but skeptical of the environmental impacts, to come and experiment with it.”

MakerDAO, Uniswap and Other DeFi Protocol Support the Merge

So far, many DeFi projects have openly supported the Ethereum Merge to the extent of denouncing any potential cooperation with any other fork. MakerDAO, Uniswap, Aave and Lido said they will only work with Ethereum PoS in case of any fork.

MakerDAO
Recently, MakerDAO, a DeFi lending and borrowing protocol, announced that its products will only exist on Ethereum PoS and not on PoW. It has already advised its users that they should not do anything after the Merge to access its Maker Vault and DAI. In fact, they should use the platform in the same way as they did in the past.

There are several reasons for MakerDAO’s stance, particularly security concerns. For example, it said that if its users interact with MakerDAO using Ethereum PoW, they can encounter replay attacks. A replay attack is a process where a malicious actor copies a transaction and replicates it on another blockchain.

Uniswap
Uniswap, the largest decentralized exchange (DEX), fully supports the Ethereum Merge and promised never to work with any proof-of-work hard forks. The platform also informed its users that nothing will change in the way they interact with the blockchain. Its web app will continue to operate as before and the developers and other third party infrastructure providers will give immediate support in case of any challenges arising from the Merge.

The possibility of a proof-of-work hard fork increased when Chandler Guo, a popular Chinese ETH miner, said that he backs a PoW hard fork. Another prominent crypto entrepreneur, Justin Sun, the founder of Tron blockchain, promised to support any PoW hard fork, saying that he is willing to put 1 million ETH in the fork, should it take place. A few crypto exchanges such as Deribit and OKX voiced their support for any hard fork.


Market performance on ETH after the Merge

The investment spirit of ETH investors was dampened following a decrease in its price after the Merge. For example, the price of ETH fell by 15.15% within 48 hours of its launch. Further, within the next three days, its price plunged down by 18.5%. At the time of writing, ETH is trading at $1 420, very close to the $1 400 support level. 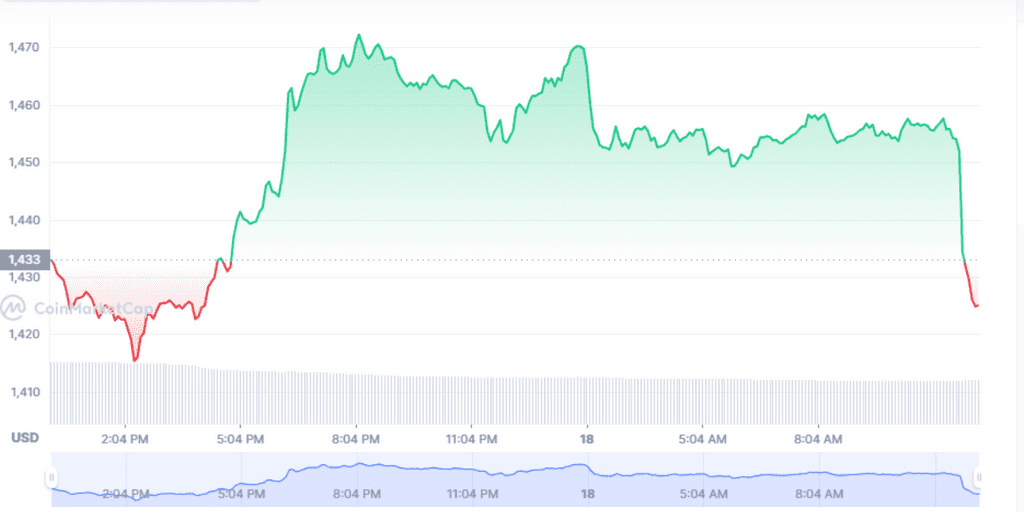 There are several explanations for the nose-diving of its price. Generally, ETH is within a downward trend as it is failing to break the $1 700 resistance level.


Buy the rumour, sell the rumor

“Buy the rumour; sell the rumour” is the main reason for ETH’s sudden price fall. In fact, before the Merge many traders were trading the news, meaning that they purchased much ETH hoping that its price would spike after the launch. The increase in the demand of ETH during the pre-Merge period pushed its price up.

However, as we would expect, after the Merge the traders started selling off the ETH, pushing its price down. Thus, as the Merge hype died down, ETH lost the upward momentum. However, that is not all. There is another reason for the fall of price of ETH after the Merge.


The US Consumer Price Index

A few days before the Merge, the U.S. Bureau of Labor Statistics announced the latest inflation figures. Incidentally, inflation was still high which pointed to another Federal funds rate hike. That was not good news for the crypto community, prompting ETH holders to sell part of their holdings. As a result, the prices of BTC, ETH and other major cryptocurrencies dropped down.


How ETH is Better Positioned in the Market than Before

After the Merge, ETH has become more attractive to investors. The changes in the ETH properties have made it an investment asset with the potential of high returns. Analysts anticipate that staked ETH should have a high yield, about 5.2% on average. Although, at the moment only about 15% of ETH is staked, this is likely to increase to over 70% of the existing ETH supply.

Secondly, the deflationary nature of the token should make ETH more attractive to investors than before as it is likely to change its long term pricing and liquidity position.

The Ethereum co-founder, Vitalik Buterin, paints a brighter future for ETH than now. The reason is that the Ethereum blockchain aims to further upgrade its infrastructure to eradicate the remaining key problems of high transaction fees and slow speed. The introduction of shards will eliminate these two “evils'' that presently inhibits the greater adoption of ETH.

During a livestream on 15 September, Buterin said: “To me, the Merge just symbolizes the difference between early stage Ethereum and the Ethereum we've always wanted ... to become.So let's go build out all of the other parts of this ecosystem and turn Ethereum into what we want it to be."

Ethereum Merge was successfully launched to bring the proof-of-stake consensus mechanism to the blockchain. Due to this, the Ethereum blockchain becomes greener than before as its energy consumption dropped significantly, by close to 99.9%. The ETH economics also changes as its staking has a high yield, buttressed by the impending reduction in its circulating supply.