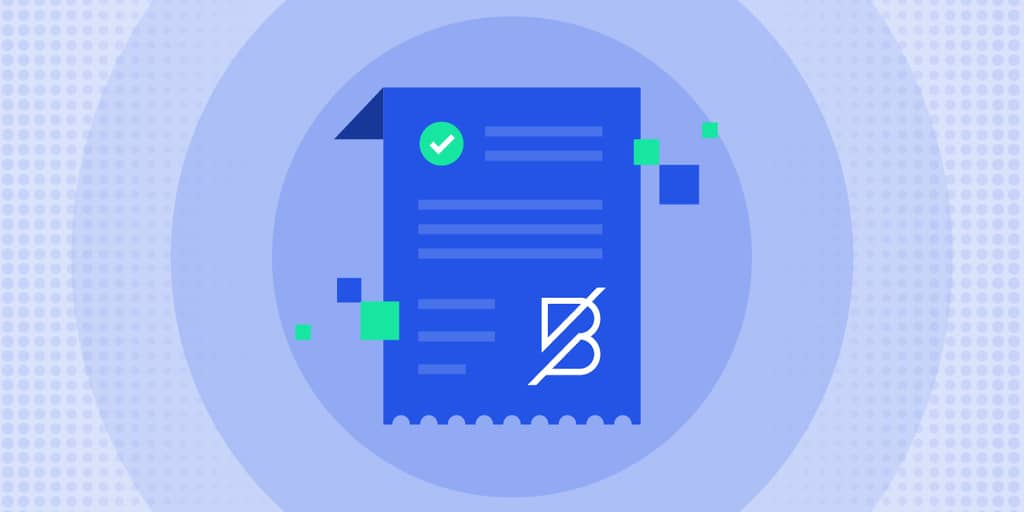 
1. BAND is the utility token of the BandChain.

2. The Band Protocol enhances communication between Web2 platforms and Web3 ones.

3. The main participants in the BandChain are validators, data providers and staking delegators.

4. You can purchase BAND at Gate.io.


The volatility of cryptocurrencies is one factor that differentiates them from other securities such as forex and stocks. It is amazing how the price of a cryptocurrency increases by over 100% within 24 hours. Unsurprisingly, the price can also drop by similar margins within a short period. This explains why traders can make huge profits or incur losses.

The Band token is an example of a cryptocurrency that gained over 120% within 7 days in the first week of November 2022. Unfortunately, after achieving that feat it lost 13.5% within 24 hours. The reason for the rally was the upgrading of the BandChain on 4 November 2022. The Band protocol upgraded its BandChain V2.4 to increase throughput. The upgrade also changed how the blockchain calculates its gas resulting in lower fees.

The BandChain V2.4 is the Band Protocol’s third achievement within two months. Recently, it launched the Laozi-testnet-6 and enabled its network’s IBC version. Based on these developments, it is clear that the Band Protocol aims to improve its service to the blockchain sector.

What is the Band Protocol?

To better grasp its focus, let’s discuss what the Band Protocol is. The Band Protocol is an oracle or software that collects data from various sources on the internet and distributes it to decentralized applications and blockchains.

In other words, it is an intermediary between the real-world source of data and decentralized applications. The data that it gathers and distributes is recorded on the blockchain. The reason is that these decentralized applications and blockchains require data that is not native to them such as prices of commodities. However, in their own capacities blockchains cannot interact with web2.0 information sources.

Therefore, the Band Protocol brings such data to the blockchain. If there are no reliable data oracles such as Band Protocol, blockchains cannot communicate with the outside world which may limit their use. The real world data that Band Protocol aggregates include data pertaining to weather and sporting events.

Historically, the Band Protocol was established in 2019 in Thailand. Soravis Srinawakoon, Sorawit Suriyakarn and Paul Nattapatsiri founded Band Protocol with the aim of providing a reliable and secure decentralized data oracle for web3 organizations. These founders have relevant education and experience in the blockchain sector.

Originally, the Band Protocol existed on the Ethereum blockchain. However, it migrated to the Cosmos network in 2020 to capitalize on its low gas fees, thereby optimizing its cost structure.

Examples of the operations of the BandChain


As mentioned, the BandChain collects data from web2 platforms and distributes it to web3 platforms. The protocol creates value that increases the use cases of the blockchain technology. 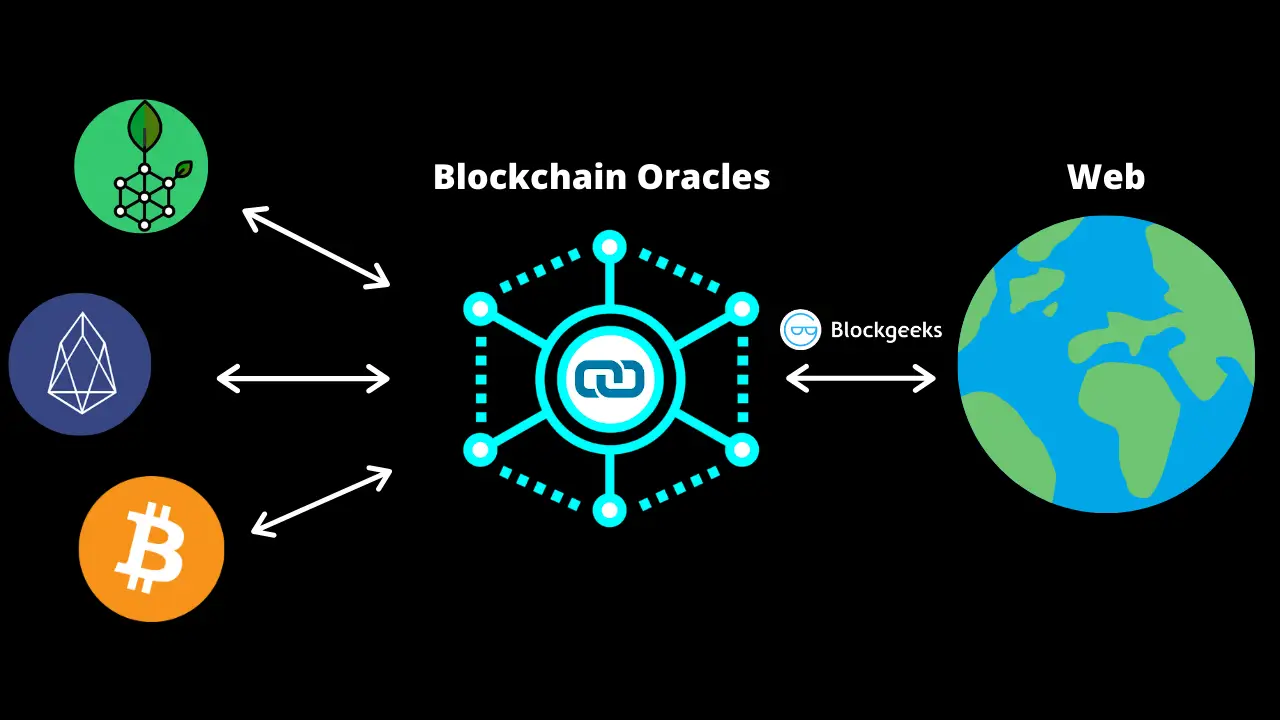 How a blockchain oracle works- Blockgeek


As an example, the oracle gathers price data from various crypto exchanges, commodities and stock markets. This information is useful to different decentralized applications.

Gambling relies much on the BandChain service. DApps supporting betting services require reliable sports statistics. For example, they need to know the winning cards and numbers from the dices. As a result, the decentralized betting protocols reward the winning wallets.

Several actors participate in collecting and processing the data. For example, there are validators, data providers and delegators.

The key role of validators is to verify the transactions or activities on the network. In order to validate the transactions, they should stake the blockchain’s native token, BAND and have validator codes. Nevertheless, only the top 100 stakers can become validators.

The delegators are the investors who stake their BAND tokens in return for rewards. By doing this, they delegate their tokens to the validators. Staking the BAND tokens assists in securing the blockchain. As the number of staked tokens increases the network becomes more secure.

The blockchain has many data providers. As the name suggests, data providers are the individuals that supply real-time data to the oracle in return for rewards. To participate in data provision, they should provide data sources to the blockchain. When an application (dApp) or blockchain requests certain data, the selected validator retrieves the data from his/her source and supplies it in the required format.

The BAND token is the protocol’s native cryptocurrency which has several uses. For instance, the validators and stakers earn BAND as their reward.

Secondly, all Band Protocol’s service seekers pay using the BAND token since it is the network’s utility token. It is essential to note that BAND exists on many centralized and decentralized exchanges.

BAND is also the blockchain’s governance token since it entitles its holders to participate in making development proposals and voting. The network user’s voting power depends on the quantity of the BAND token he/she has staked. Therefore, both the validators and delegators participate in the protocol’s decision making process.

BAND is an inflationary token as a result of the blockchain’s supply model. Therefore, the best way to maintain or increase the value of your holding is to use them in the blockchain’s activities through staking. As a fact, BAND’s inflation rate is between 7% and 20% per year.

The following graph shows BAND performance within a month, up to 12 November 2022. 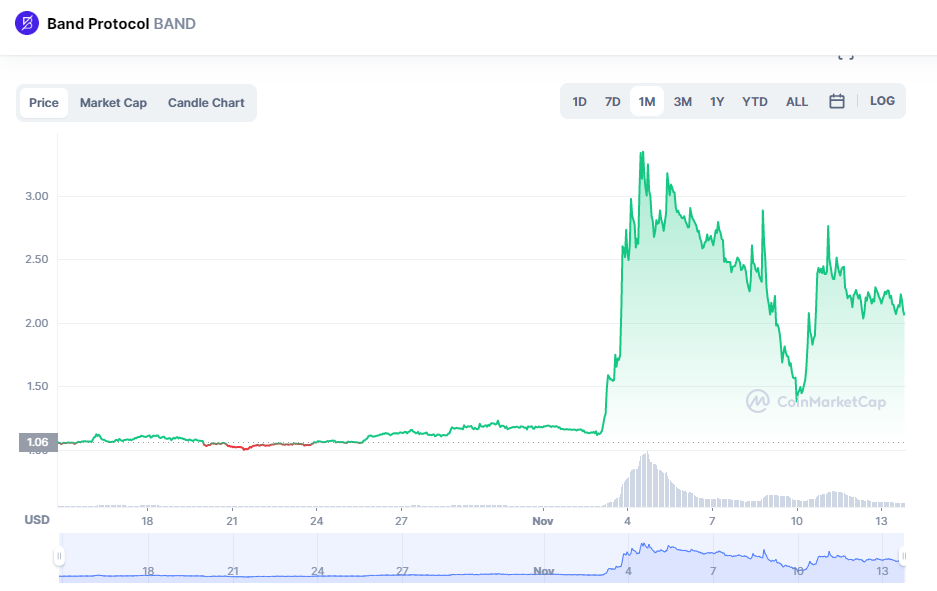 Value of BAND for one month: CoinMarketCap


As noted, the price of BAND spiked during the week of November 2022.


Where to buy the Band token?


As said earlier, the BAND token exists on many exchanges including Gate.io. You can purchase different cryptocurrencies such as BTC using credit card or bank transfer and convert them to BAND.

The Band protocol is a data aggregator that distributes it to other blockchains and decentralized applications. Validators, data providers and staking delegators play important roles to keep the blockchain functional. BAND is the blockchain’s native utility token which people can stake and earn rewards. Notably, the BAND token exists on many decentralized and centralized exchanges including Gate.io.

Crypto 101
Proof-of-work vs Proof-of-Stake: Which One is Better?