Cross-chain Swaps or Exchange swaps, which is more reliable?


Blockchain exists with the goal of evolving and widening the scope of its use cases worldwide. One of the ways through which this goal is actualized is by enhancing interoperability between blockchains.

As blockchain protocols continue to build towards the goal of effortless exchange of funds between multiple blockchains, several projects like cross-chains and swaps compete to improve their interaction.

Since cryptocurrencies are backed by their native blockchain, which is designed to accept transactions only with a specific token type, they cannot function in other ecosystems. The introduction of cross-chains and atomic swaps has therefore paved the way through these barriers. 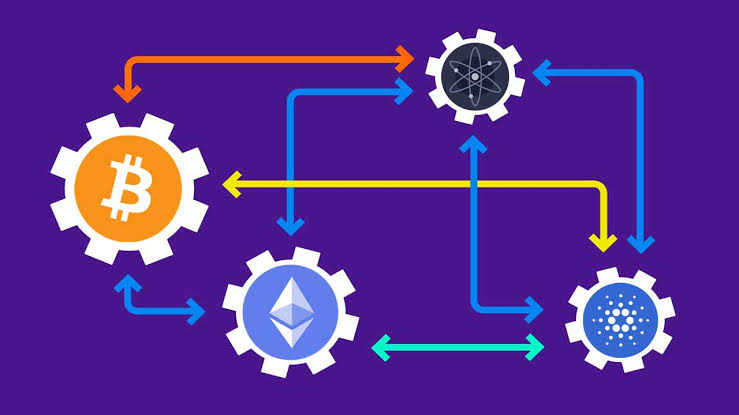 
A cross-chain offers the interaction or exchange of information and value between two distinct blockchains. This inter-blockchain mechanism aims at eliminating intermediaries when exchanging value between decentralized networks, enabling users to interact effortlessly with other blockchains.

Ordinarily, if you need Dogecoin as a native payment for a platform and you own Bitcoin in your wallet, you may have to send your BTC to a centralized exchange and trade it for dogecoin. Afterward, you will send it back to your wallet for use. This process is usually very tedious and attracts a lot of transaction fees.

On the contrary, A cross-chain swap, also called atomic swap, is a fully decentralized smart contract technology that enables the direct exchange of two separate cryptocurrencies that run on their blockchain without using an escrow or intermediary like a token swapping service. Cross-chain swap means moving tokens from one blockchain network to another. This is usually done via bridges that lock tokens on one blockchain and mint a wrapped token on the other.

How Do Cross-Chain Swaps Work?


These swaps are carried out using special smart contracts, known as Hashed Time Lock Contract (HTLC). The HTLC smart contract links two different chains, and when certain conditions are met, the smart contract pushes an automatic exchange of tokens between the linked chains. The HTLC ensures that the swap doesn’t occur if conditions for the transaction are not met within a specific time frame.

The hashlock key ensures that the token swap only executes when both parties have submitted their respective cryptographic proofs of coin depositions for the transaction. Smart contracts lock the deposits with a hash key via hashlock technology. Once the transaction has been validated on both ends, each participant is given a hash key, which they exchange to release and transfer the coins.

This key serves as a safety measure by which traders set a deadline for their cross-chain swaps. If the swap is not done for one reason or another, the timelock key ensures that deposited coins are returned to traders before the deadline expires.

How do Regular swaps Work?

To contribute to liquidity pools, the liquidity provider first deposits digital tokens in an equivalent ratio to keep the pool balanced.

Core Benefits of both methods

Users can transfer assets and valuable data from one blockchain to another. This enables users to access the benefits of different blockchain technologies, and they aren’t constrained to the capabilities of a single chain.

They both use smart contract technology with no centralized authority.

No single authority regulates all of the data on any specific blockchain. Instead, each user keeps an up-to-date duplicate of their transaction history with access to other users’ transaction histories on the Blockchain. No one can change this information without agreement from other participants and miners.

There are numerous methods of transferring value between users in the crypto community. Unfortunately, some of these methods require moving funds from one platform to another.

Cross-chains greatly improve blockchain scalability by making transfers seamless. Connecting the main and secondary chains allows for the distribution of transaction loads throughout the ecosystem.

Which is more reliable?

However, Cross-chain swaps suffer from a range of issues, including security concerns on bridges. Bridges have become viable targets for hackers looking to plunder large liquidity pools, and the continued attacks endanger the entire DeFi ecosystem.

According to Chainalysis, funds from cross-chain protocol hacks represented 69% of all the funds stolen in the crypto space in 2022. Recently, hackers attacked cross-chain bridge Nomad and stole over $100 million. Other incidents of bridge hack were recorded; a $320 million exploit on Wormhole, which occurred earlier this year, and the Axie Infinity sidechain Ronin exploit in March, with a loss of over $622 million.

Since cross-chain bridges are often hacked, swaps are definitely more reliable than


These exchanges- cross-chains and swaps, come with their advantages and shortcomings. Cross-chains offer effective fund management and interoperability, and swaps ensure quick token exchange. Although they differ, they have a common goal of achieving high user satisfaction and promoting Blockchain trading.

However, swaps are known to be more reliable because cross-chains are vulnerable to various cyber threats.


Author: Gate.io Observer: M. Olatunji
Disclaimer:
* This article represents only the views of the observers and does not constitute any investment suggestions.
*Gate.io reserves all rights to this article. Reposting of the article will be permitted provided Gate.io is referenced. In all other cases, legal action will be taken due to copyright infringement.