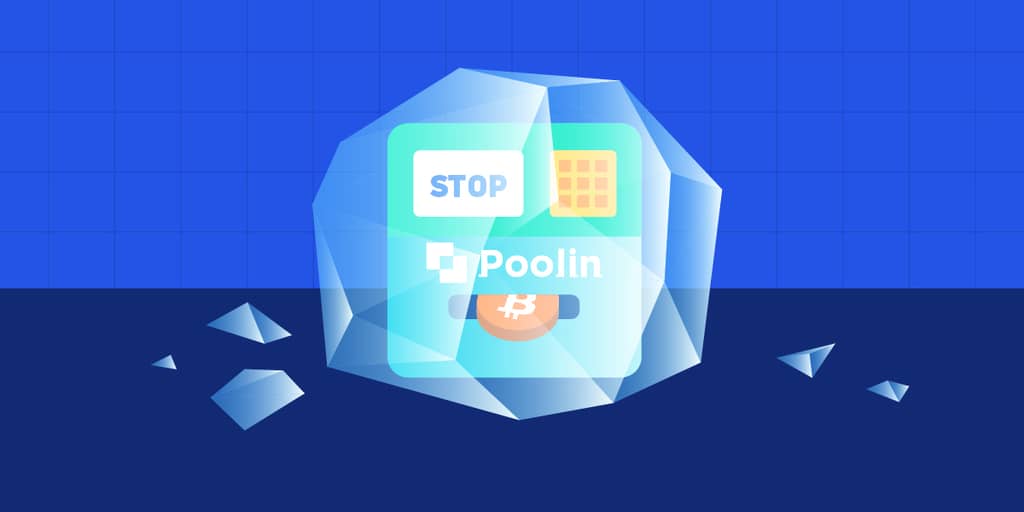 Instead, Poolin introduced IOU tokens as a way to improve liquidity.

It allows different cryptocurrencies to be exchanged for IOU tokens.

Over the years, many decentralised platforms have collapsed due to low liquidity. This is due to the fact that many investors and users flee these organisations. To stabilise short-term liquidity problems, blockchain-based organisations can freeze withdrawals.

Poolin Wallet, owned by Poolin, the China-based mining pool, has announced that it is stopping all withdrawals in order to stabilise liquidity. Indeed, it aims to preserve the value of its users' assets. To this end, Poolin announced, "Poolin Wallet plans to pause all withdrawals, flash transactions and internal transfers within Poolin systems'' from 14:00 GMT on Monday, in order to preserve assets and stabilise liquidity."

In reality, Poolin Wallet has stopped ETH and BTC withdrawals. It has also waived mining fees for bitcoin and ETH between 8 September and 7 December 2022. However, the fee waiver only affects users who have at least 1 BTC or 1 ETH in their pool accounts or balances on the platform. 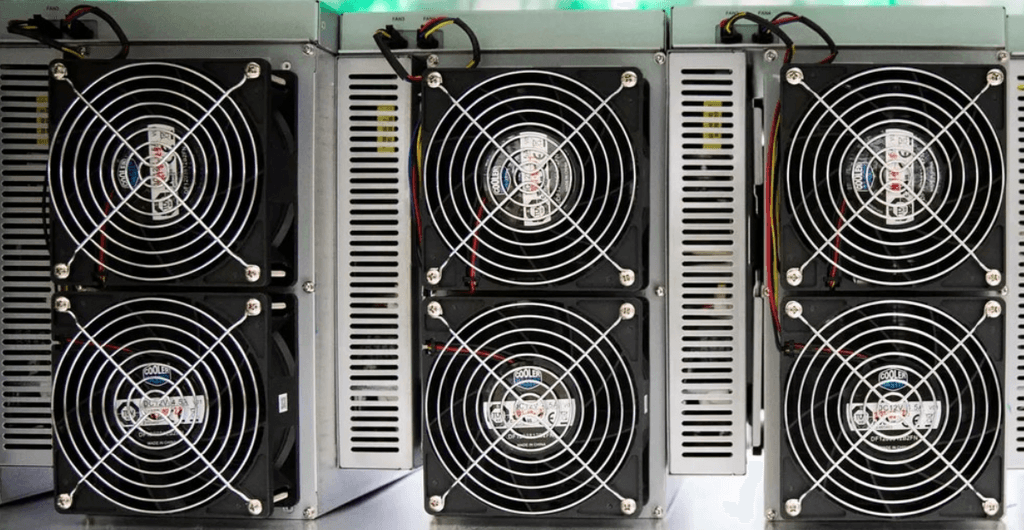 
Reason for the freeze on withdrawals

Despite this gloomy situation, Kevin Pan, the founder of Poolin, assured users that their assets are safe and that they are implementing the best strategy to overcome the liquidity challenge. This comment came after his customers complained about the slow withdrawal process due to an increase in demand for crypto-currencies.
However, it is important to note that Poolin pays for sub-account mining and anonymous mining in the usual way. Exchange services have also been affected. In a related development, Poolin said that the reward for

In order to minimise the effects of the suspension of BTC and ETH withdrawals, Poolin has introduced IOU tokens that create new opportunities. These IOU tokens represent the various assets the platform holds in its Poolin Wallet and mining pool account.

Basically, the Poolin Wallet has introduced IOUBTC, IOUETH, IOUUSDT, IOULTC, IOUZEC and IOUDoge, representing BTC, ETH, USDT, LTC, ZEC and Doge respectively. They are all pegged at a ratio of 1.1 to the corresponding crypto-currencies. These tokens were awarded on September 15, after Poolin Wallet performed a snapshot of accounts and balances. As of that date, these IOU tokens replaced BTC, ETH, USDT, LTC, ZEC and Doge on the accounts.
Currently, there is no limit to the amount of IOU tokens a user can withdraw. Notably, users can withdraw these ERC20 tokens at any time. The Poolin team has promised to approve these withdrawals as quickly as possible to increase user convenience. Ultimately, Poolin will burn these tokens batch by batch.

The team stressed that Poolin will "allow users to exchange their IOUBTC to BTC, IOUETH to ETH, IOUUSDT to USDT or USDC, IOULTC to LTC, IOUZEC to ZEC, IOUDoge to Doge, every quarter". However, in the future, users will be able to redeem them more frequently.

Token swapping will be primarily one-way, meaning that users will not be able to swap crypto-currencies, such as ETH and BTC, for tokens. Here's how the swapping will work: "BTC<>IOUBTC, ETH<>IOUETH, USDT<>IOUUSDT, USDC<>IOUUSDT, LTC<>IOULTC, ZEC<>IOUZEC, and Doge<>IOUDoge."

However, in order to repay their loans, users will first need to deposit ETH or BTC and convert them into IOU tokens. Crucially, any deposits users make after September 15 will not be affected in the manner described above. The IOU token mechanism will not affect these deposits. It only affects balances that were in the accounts before 15 September 2022.


How do IOU tokens improve liquidity?


How do the freeze withdrawals affect Poolin's mining activities?

As you might expect, the Poolin wallet withdrawal freeze has affected miners. According to NASDAQ, there was a 50% drop in hash rate after the withdrawal freeze. Before freezing crypto-currency withdrawals, Poolin accounted for about 10% of the total market hash rate.

In fact, Poolin lost 4.83% hash rate share in just three days after its announcement. This is because miners simply moved from one mining pool to another. Furthermore, according to Glassnode, Poolin's daily hash rate dropped by 5.48%, the lowest figure since China banned bitcoin mining.

Nevertheless, based on the seven-day moving average, we did not see a sharp decline in the total hash rate, as shown in the chart below. 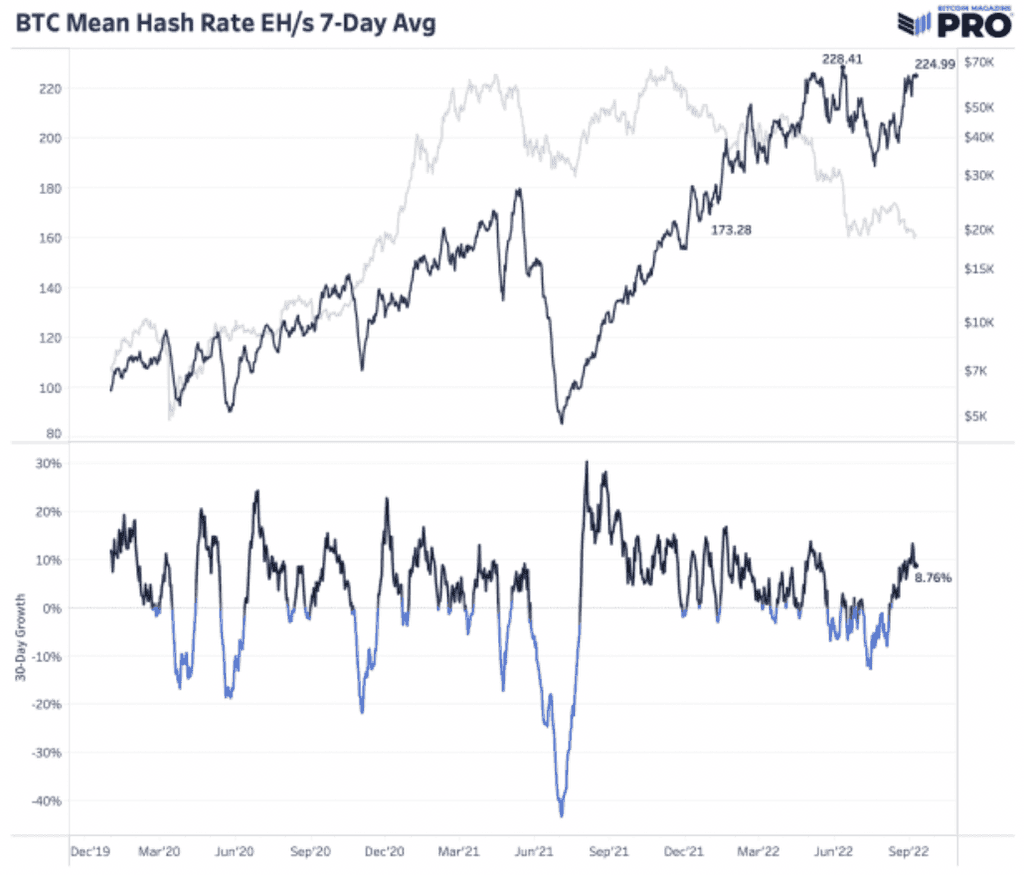 Poolin Wallet recently announced that it was discontinuing the withdrawal of crypto-currencies due to liquidity issues. Instead, it has introduced IOU tokens to increase its liquidity. In effect, users have the option to provide liquidity to the pair of their choice. However, as a result of this move, there has been a decrease in the hash rate of Poolin. Despite this, the total hash rate of the market remains unchanged.


Author: Mashell C., Researcher Gate.io
This article represents only the opinion of the researcher and does not constitute an investment suggestion.
Gate.io reserves all rights to this article. Redistribution of the article will be permitted provided that Gate.io is referenced. In any case, legal action will be taken due to copyright infringement.

BTC + 2.14%
ETH + 1.90%
GT -0.03%
Share with：
Follow us：
Trending
Crypto market will be in upheaval in September. How will investors survive?
What Is the LUNC Tax Burning Proposal?
What Is the Future of Ethereum?
High Possibility of a 75 Point Rise in Federal Fund Rate in September
Daily Flash | Cryptocurrencies rose on US markets relief rally but Global bond yields are not looking good for the economies
Claim 20 Point now
Exclusively for Newcomers: complete 2 steps to claim Point immediately!