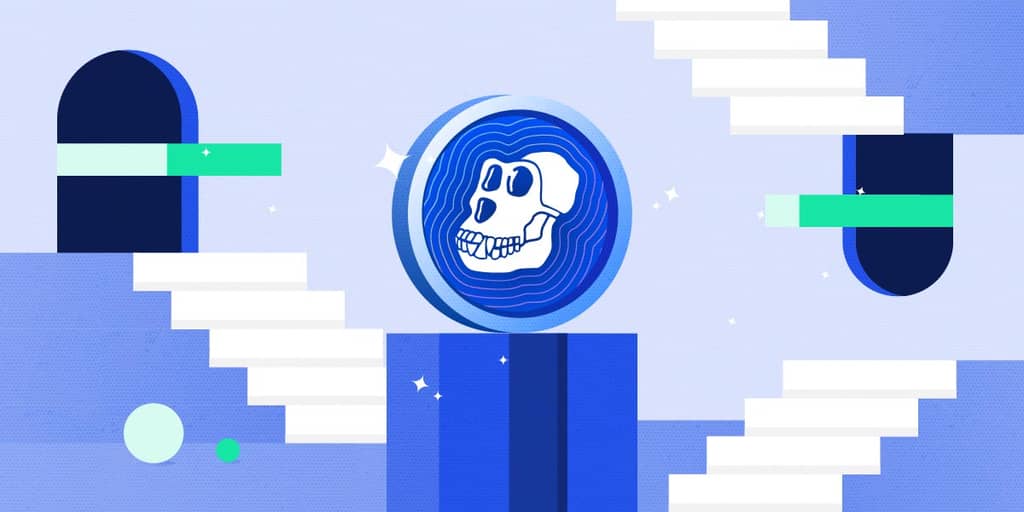 🔷 ApeCoin is an ERC-20 token. It is a crypto social token with a special style built on the blockchain.

🔷 ApeCoin is essentially a token representing culture, game, business and social contact, and used to build a decentralized community in the Web3 world.

🔷 Since 2022, ApeCoin has developed rapidly. Many well-known companies have established cooperation with APE to support its token payment.

🔷 BAYC wants to be the "Disney" of the Web3 world, and ApeCoin is the passport for people to enter this beautiful world.

ApeCoin is an ERC-20 token. It is a crypto social token with a special style built on the blockchain. Previous social projects based on Ethereum, such as FWB, Friends with Benefits, WRITE and 3 Mirro (an on-line crowdfunding platform), were built using the framework.

ApeCoin is a governance and utility token issued by BAYC (a Yuga Labs' NFT project). The project has 10,000 unique Bored Ape artworks. The Bored Ape Yacht Club（BAYC）NFT series is one of the most popular NFTs in the market. Celebrities such as Jimmy Fallon, NBA player Stephen Curry and billionaire investor Mark Cuban are also holders of Bored Ape NFTs.

As the basic layer of ApeCoin DAO, Ape Foundation is responsible for daily management and project management within the ecosystem. The ecosystem fund pays the expenses of Ape Foundation according to the instructions of the DAO and serves as the infrastructure for ApeCoin holders to participate in the governance process. Therefore, ApeCoinholders can become voters in the DAO and serve as members of the development in the Ape Foundation. ApeCoin is the main token of Bored Ape Yacht Club ecosystem and Yuga products and services in the future.

The success of the Bored Ape Yacht Club NFT series makes its subsequent ecosystem segments, such as LAND (Otherside), metaverse (Otherside), ApeCoin and so on, form an extremely large and imaginative Web3 ecosystem.

Features
ApeCoin is committed to promoting the creation and expansion of the BAYC Web 3.0 community and has the following main functional objectives:

1. Governance - ApeCoin holders are also members of the ApeCoin DAO. They will be responsible for voting on the proposed change governance of the protocol and ensuring that the long-term vision of the project is maintained.

3. Incentive - network participants with ApeCoins can even add "Bored Apes" in the projects they are developing, such as games, services and other projects. ApeCoin is a tool for holders to participate in the BAYC ecosystem.

4. Payment - as an utility token, ApeCoin also acts as a cryptocurrency that unifies the whole community, and offers an interactive way on a decentralized platform to provide all participants with a strong liquidity currency.

APE adds liquidity into BAYC ecosystem
NFT has low liquidity, small transaction volume and user volume, and difficult valuation. The issuance of APE has built a standardized and liquidity-efficient currency system in the BAYC ecosystem of the future, laying a foundation for the journey of BAYC's metaverse. According to the report of the Block, Yuga Labs will soon launch MetaRPG (a metaverse gaming project) and launch the sale of virtual land.

APE provides a standardized interface for BAYC ecosystem
Each BAYC NFT has complete commercial use rights, which means that if you own BAYC NFT, you can sell products with APE portraits, including books, comics, even coffee and beer brands. APE tokens can well integrate the ecosystem of derivative projects within these communities, and also provide a good cooperation interface for other third parties. For example, Time magazine of the United States immediately announced that it will begin to accept ApeCoin (APE) to pay sub_script_ion fees in the next few weeks.

APE is an important foundation in the construction of the BAYC ecosystem
Unlike other crypto projects, BAYC issues coins to acquire or motivate early users, because BAYC has built a mature and influential user system, and more ecosystem participants can be obtained through issuing coins. The issuance of APE is also different from the extensive airdrop of some projects. APE only conducts airdrop for core members and institutions within the ecosystem. The strong consensus within the BAYC community may also, to a certain extent, avoid the dilemma of most holders selling after airdrop, resulting in a spiral decline in the coin price.

On March 12, 2022, Yuga Labs announced the acquisition of Cryptopunks and Meebits to fill more top IP KOL into its "apeverse". A few days later, Yuga Labs launched a new promotional film "Otherside". In the screenshot, we can see a group of creatures with various "dimensions" waving at him, including CryptoPunk, Mutant Apes, World of Women, and Cool Cats wearing glasses and sushi hats.
On April 30, 2022, Yuga Labs announced the relevant details of Otherside, aiming to build Otherside into a large-scale role-playing game for Web3 multiplayer interaction.

Yuga Labs will work with Improbable (Improbable Worlds Limited) to create a MetaRGPverse. Improvable will develop Otherside on the M² network with the help of M² technology of Improbable, so as to create an open-source meta space that can accommodate thousands of characters in the future.

Otherdeed is the key for Otherside to explore and build land. Each Otherdeed is designed as a collection of elements (resources, environment, sediments and treasure). In a few places, there is a Koda wandering (Koda refers to the "mini avatar" of the protagonist in the metaverse, an alien creature that looks cute but fierce and has a variety of shapes. Because the probability of obtaining Koda is very small, the community influence of Otherside is further enhanced).

BAYC makes use of the test environment provided by Animoca to let the holders of Otherdeed participate in prototype construction, demonstration and other processes to test, so as to continuously optimize the game design and experience. What Otherside has done will become the foundation for the combination of art, entertainment, games and more new fields.

Founded in 2014, Animoca Brands initially focused on mobile game R & D and issuance, and was listed in Australia. However, with the gradual disappearance of mobile game dividends, it was delisted. Later, it changed its destiny with the help of NFT and became the most popular giant in the NFT field. Its blockchain games include the SandBox, Crazy Kings and other trending projects. Previously, it was an early investor in Sky Mavis, Decentraland, Dapper Labs and other star NFT projects of Axie Infinity.

ApeCoin has been adopted as an in-game currency in mobile games of Benji Bananas under Animoca Brands. In addition, nWayPlay, an NFT trading platform under Animoca Brands, announced its cooperation with YugaLabs, the parent company of BAYC, on March 17.
They will use ApeCoin as an in-game token in the new game jointly developed. Previously, Bing Dwen Dwen NFT, the mascot of the 2022 Beijing Winter Olympics, was sold in the form of a blind box on nWayPlay.

On June 9, 2022, the proposal on "keeping APE in the Ethereum ecosystem" initiated by the ApeCoin community was passed with a vote of 53.62% (3.8 million APEs). Although the result is not final, the community can submit new proposals for further consideration within the three-month grace period.

However, the focus of the proposal is to move APE to different chains. It is a costly, risky and complex work, which contains many moving parts, or in the worst case, it may be abandoned by Yuga Labs and other entities that are meaningful to ApeCoin. If not carefully evaluated, it may lead to catastrophic losses.


Can ApeCoin become the next mainstream payment currency?

Since 2022, ApeCoin has developed rapidly.

On June 21, the "Bored Ape" BAYC NFT project announced that it had cooperated with the popular music magazine Rolling Stones to develop two joint NFTs (one for BAYC and one for MAYC), and would conduct a public auction at 21:00 on June 22, Beijing time. The auction time lasted for four hours, and only ApeCoin payment was accepted. The initial price was equivalent to $100.

On August 2, the famous luxury brand Gucci announced that some stores in the United States would start to accept ApeCoin payment through BitPay, as another step in exploring Web3.

On August 5, Tag Heuer, a Swiss luxury watch manufacturer under LVMH, announced that it would accept ApeCoin for payment through BitPay. Presently, the service is only available in the United States.

It is believed that more well-known companies will cooperate with APE in the later stage to open up more use scenarios. It is understood that the cooperation between APE and some well-known CEX to develop IP derivatives and other businesses is also under intense preparation.

From the various signs of the current development, the future development of APE is more inclined to the payment scenario. The community currently firmly holds APE and looks forward to more supporting payment messages in the future. The developing space of APE will be further displayed.

BAYC wants to be the "Disney" of the Web3 world, and ApeCoin is the passport for people to enter this beautiful world.

As more and more third-party companies and derivatives enterprises within the BAYC community get involved in the standardized payment and equity system of APE, users will have more choices and attract more users. With more users, more investors will be attracted to join and a more positive development mechanism will be formed.

APE holders can participate in the natural social attribute of ApeCoin DAO governance, which also establishes a higher access threshold for BAYC.

With the issuance of NFT, the integration of token scenarios, and the construction of the overall Web3.0 ecosystem, we will wait and see whether the "APE effect" will gradually emerge in the future.


Author: Gate.io Observer: Byron B. Translator: Joy Z.
* This article represents only the views of the observers and does not constitute any investment suggestions.
*Gate.io reserves all rights to this article. Reposting of the article will be permitted provided Gate.io is referenced. In all other cases, legal action will be taken due to copyright infringement. 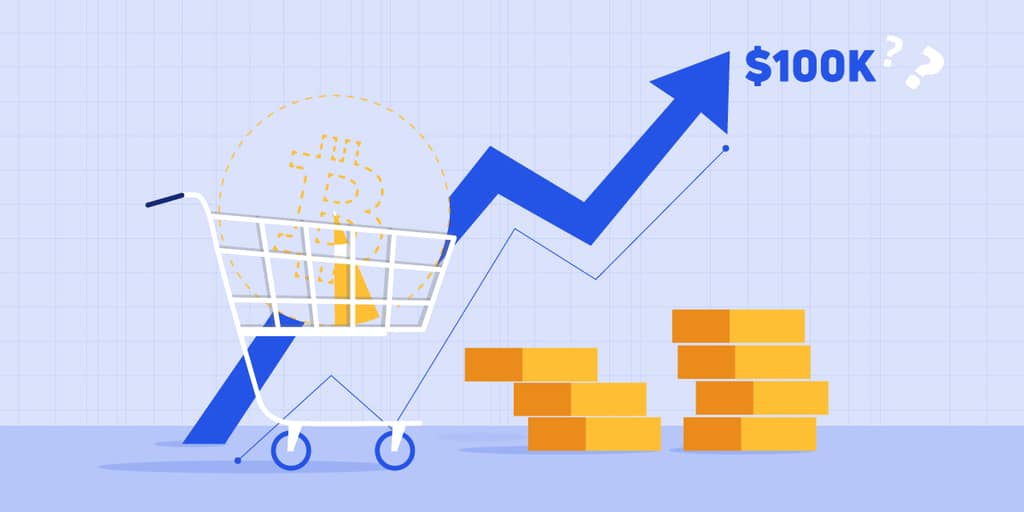 Industry Analysis
”Bitcoin Will Surge to $149K after 2024 halving“
Industry Analysis
In the past week, there has been a huge earthquake in the crypto market. In the domino effect caused by the FTX crash, the majority of retail investors got affected the most. 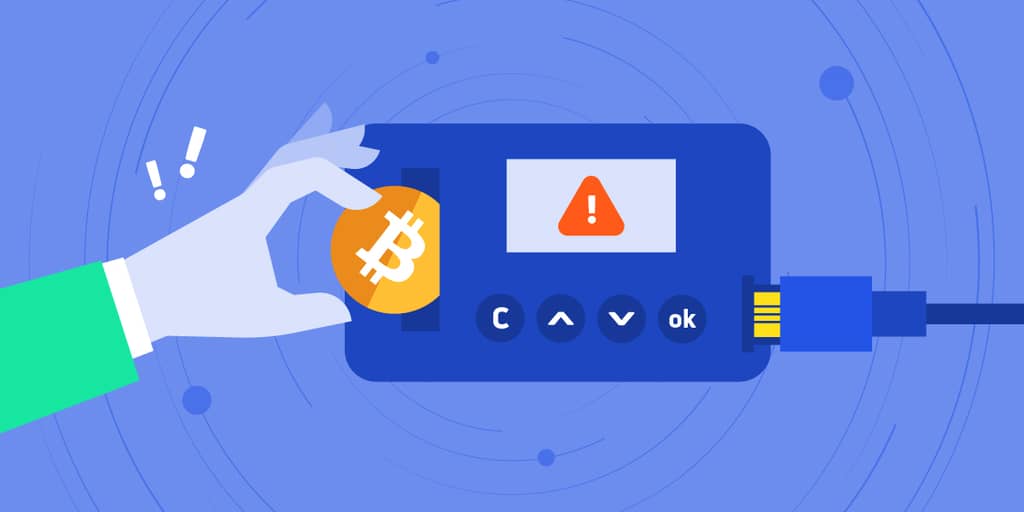