The Different Types of Stablecoins 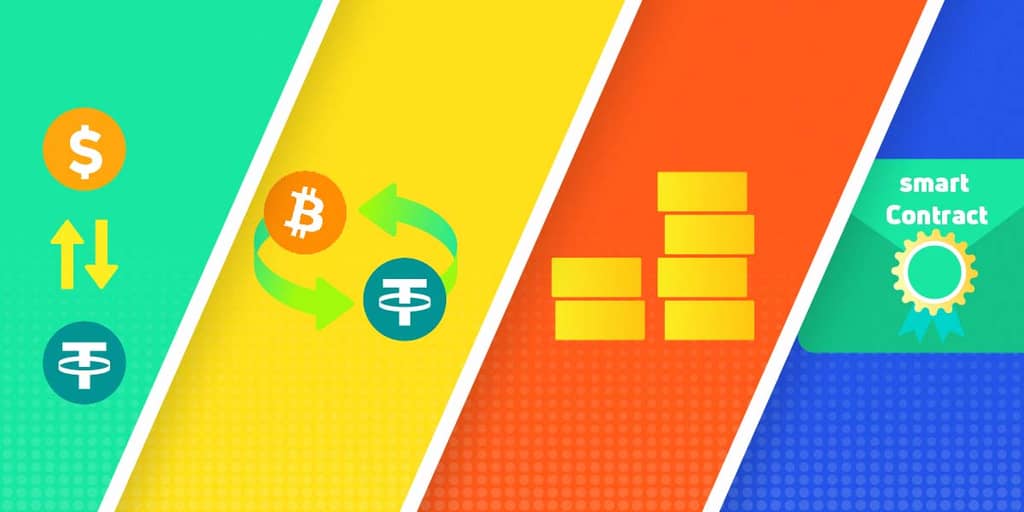 What are stablecoins? Stablecoins are digital assets attached to a particular value which causes the asset to not suffer price fluctuations like the rest of the crypto market, making it “stable”.

Fiat-pegged stablecoins: Stablecoins attached to the value of a fiat currency, like the US dollar, with their supply and market cap backed by physical reserves stored in vaults.

Central Bank Digital Currencies: Same use case as fiat-pegged stablecoins, but developed and issued by a government rather than a private institution.

Commodity-backed stablecoins: Stablecoins issued by private institutions that are backed by the global value of a particular commodity, such as gold and oil. Much like fiat-pegged assets, their market cap and supply are based on how much of the commodity the founding organization has stored in their private vaults.

If you are a user and investor of the cryptocurrency market, you have most definitely found yourself needing or wanting to use a stablecoin for a trade, a transaction between accounts or simply hold custody of your funds.

Present since the early days of digital assets technology, stablecoins are an integral part of the cryptocurrency market, allowing investors to seamlessly conduct trades between digital wallets and exchange order books without worrying about volatility while holding a stable asset.

Although the word “stablecoin” usually follows a crypto asset pegged to the US dollar, these tokens come in many different frameworks, holding various purposes. With that in mind, this article provides a summary of the different types of stablecoins, and what they are used for.


What is a stablecoin?

In a nutshell, stablecoins are digital assets - not necessarily cryptocurrencies - that are attached to a particular value which causes the asset to not suffer price fluctuations like the rest of the crypto market, making it “stable”. Stablecoins are usually labelled as digital assets, rather than cryptocurrencies, because a lot of them don’t use actual cryptographic technology to function, are government-owned and may also lack anonymity since their intrinsic value is openly disclosed to the public in the form of physical assets. Therefore, it’s easier to establish them as under the vague umbrella of digital assets than cryptocurrencies as a whole.

Contrary to other categories such as algorithmic stablecoins, fiat-pegged ones are physically backed to the fiat currency they are representing - and have their treasury verified and audited by legal firms in their respective nations. Take USDT, for instance.

There’s a reason why Tether’s USDT coin has a current market cap of 82 billion dollars. That number didn’t come out of the blue; it always represents the exact amount of US dollars that Tether has stored in its treasury vaults located in the United States. The same goes for Circle’s USDC coin; 50 billion dollars is the current amount of funds stored in their vaults, checked and verified several times by local officials.

These stablecoins, created and hosted by private entities, were also the first ones to appear in the crypto ecosystem. Tether’s USDT was founded in 2014, as a solution for investors to escape volatility if they wanted to easily sell their crypto assets for something that doesn’t vary in price. Before then, you could only exchange a crypto for another; if the market was bearish or bullish, you had no other option but to ride with it or go through the process of withdrawing your assets into the currency of your country to your banking account.

What if you could have a stablecoin hold the value of a particular fiat currency without the need for an actual fiat treasury, but rather algorithmic solutions that cause the asset to stabilize in its value? That’s exactly what algorithmic stablecoins do, in various ways.

As an example, the main algorithmic stablecoin is the UST, created by the Terra foundation and host of its main cryptocurrency LUNA. As the name suggests, the price of UST is aligned with the US dollar, and it does so by a minting-and-burning exchange between UST and LUNA. When too many LUNAs are being minted in the Terra platform, the ecosystem provides incentives for users to burn their LUNAs in exchange for UST. When too much UST is being created in their blockchain, the opposite happens. The technical process itself is quite complicated and tech-heavy, but the gist is simple: the coin is able to hold its value similar to the actual US dollar due to its algorithmic properties. It’s a coin that reacts to programming, rather than a static asset.

It’s important to note that, although they retain the value of fiat currencies, these stablecoins are treated as cryptocurrencies from a regulatory perspective. That’s because they fully rely on cryptography, are anonymous and don’t have their assets actually backed by any treasury that a government can attest to. As much as their most popular ones have proven to work really well, explaining that their algorithms work is not the same for a federal agency as having actual vaults with equivalent dollars to back their existence as USDT and USDC do.

Central Bank Digital Currencies, or CBDCs, are almost identical in everyday practice to the regular fiat-pegged stablecoins such as USDT. The main differentiator is that they are created, issued and monitored by an actual government. So far, there is only a handful of CBDCs fully active in the world, with the first one ever being the Bahamas’ SAND dollar.

Contrary to fiat-pegged stablecoins created by private institutions, Central Bank Digital Currencies could have the same public frameworks as the standard banknote that you can hold in your hand, for better or worse. Governments will be able to increase accessibility to investments and boost financial inclusion while, at the same time, having complete control of the available supply of their CBDC - without the need to provide treasury audits to back their reserves.

There are several major projects, in different phases of development, that will certainly make boost the global digital assets economy. China’s Digital Yuan is the most ambitious of them all, in close stages towards its conclusion for an open release. Japan is also piloting a CBDC while the European Union and the United States are in the research process of their own versions. Biden’s long awaited crypto executive order, released last month, has labelled the development of a digital dollar as one of the White House’s top priorities.

Created by private institutions and also backed by physically verifiable assets, commodity stablecoins have very similar frameworks to fiat-pegged like USDT and USDC. The main difference is that they’re backed by fungible assets that represent palpable value in the physical world.

The main example of this is Pax Gold (PAXG), created by United States digital investments company Paxos. PAXG’s value is determined by, you guessed it, gold. Each token represents precisely one fine troy ounce, or 31.1 grams, of a standard London Good Delivery gold bar. With Pax Gold currently having a market cap of 615 million dollars, that means Paxos holds that same amount in gold stored in their vaults. When the price of gold fluctuates in the global market, PAXG fluctuates with it.

The main benefit of commodity-backed stablecoins is to provide crypto investors with access to traditional investment options, such as gold and oil, without the hassle of going through the antiquated process of acquiring these properties - which can be time-consuming and very heavy on its fees depending on the country, exchange and currency they are using.

BTC -0.45%
ETH -0.80%
Share with：
Follow us：
Trending
Crypto market will be in upheaval in September. How will investors survive?
What Is the LUNC Tax Burning Proposal?
What Is the Future of Ethereum?
High Possibility of a 75 Point Rise in Federal Fund Rate in September
Daily Flash | Cryptocurrencies rose on US markets relief rally but Global bond yields are not looking good for the economies
Claim 20 Point now
Exclusively for Newcomers: complete 2 steps to claim Point immediately!