Gate.io Blog Why Bitgert Will Overtake Litecoin, According To Experts
Industry Analysis

Why Bitgert Will Overtake Litecoin, According To Experts 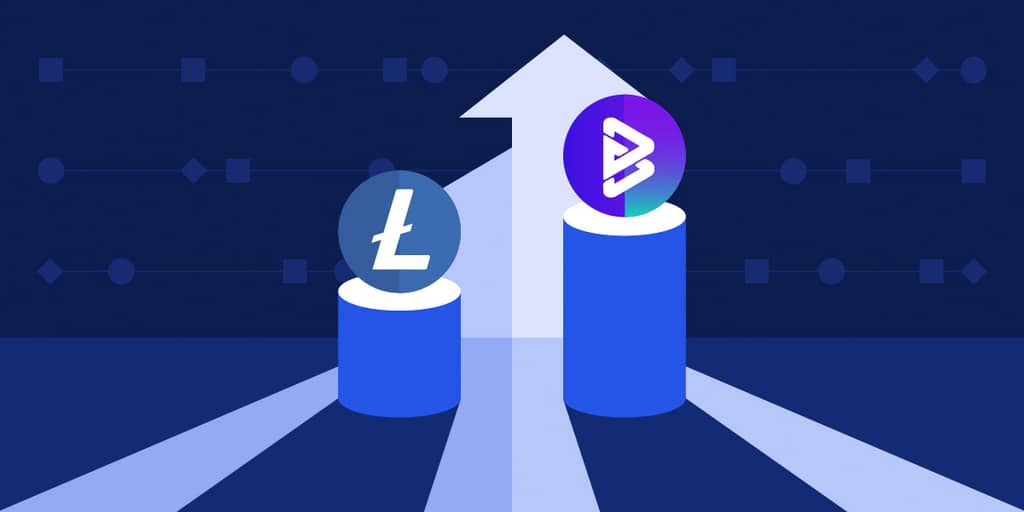 The cryptocurrency ecosystem encompasses as many blockchain protocols as possible.

Experts touted Bitgert, a blockchain protocol launched in 2021 to take over a decade-old Litecoin.

Bitgert protocol has its blockchain and consensus mechanism.

Bitgert protocol uses the BRC20 blockchain and is considered an upgrade of the Ethereum network.

The Bitgert has a native token called BRISE, which deploys the proof-of-authority (PoA) mechanism.

On the other hand, Litecoin was created from a Bitcoin fork in 2011.

Litecoin has a total supply of 84 million coins, with 150 pre-mined initially released.

Recently, crypto experts and industry players examined the trajectory of Bitgert alongside Litecoin. They concluded that Bitgert would likely overtake Litecoin (soon).

Not to worry, this article will explain how the Bitgert protocol works and the various reasons why experts consider Bitgert will overtake Litecoin.

The Bitgert protocol is compatible with the Ethereum upgrade. That is, Bitgert EVM compatibility enables projects built on the Ethereum network to migrate to the Bitgert blockchain. Initially, Bitgert was launched on the Binance Smart Chain (BSC).

The Bitgert protocol was initially called ‘Bitrise’ when it launched in July 2021. In February 2022, Bitgert launched its BRISE chain and BRISE native token. The BRISE token witnessed a massive breakout in the first half of 2022 with over 50% increase in price value.


Litecoin (LTC) is a crypto token created from a Bitcoin fork in 2011. The Litecoin protocol was initially designed to address developers’ concerns, including centrally controlled and difficult large-scale mining.

Litecoin was formed by Charlie Lee, a former Google engineer. The token has a faster transaction processing time than Bitcoin, which it was forked from. Miners use the ASIC miner tool to mine Litecoins.

Litecoin token (LTC) was released with 150 pre-mined coins with a total supply of 84 million coins. The Litecoin blockchain generates a new block every 2 minutes and 5 seconds. Litecoin uses the Halving technique, similar to Bitcoin, and it also uses the hashing algorithm called Scrypt.

A significant amount of Litecoin mining is done by large mining pools run by big tech firms instead of individual miners scattered around various locations. One of the reasons for the Bitcoin fork (that created Litecoin) is to prevent enterprise miners from controlling Bitcoin’s mining.

Experts consider the Bitgert network one of the biggest blockchain projects. What could have prompted this?


The foremost reason crypto experts believe that Bitgert will outperform Litecoin is its zero gas fee blockchain adoption. Bitgert uses the BRC20 blockchain, which is characterized by zero gas fees. The ERC20 blockchain ran the Bitgert protocol charges as low as $0.0000000.

Due to these reasons, the native token, BRISE, is doing wonders in the crypto market compared with Litecoin. Experts opined that Litecoin could not come close to Brise chain adoption.


Bitgert has a fast-growing blockchain ecosystem. Even though Litecoin has been in the crypto ecosystem for over a decade, Bitgert’s adoption for payment has continued to outgrow Litecoin.

In addition, the Bitgert team has launched more projects since its public launch. In fact, Bitgert projects such as the roadmap V2 and 1000+ Bitgert-backed projects are attracting more Litecoin holders.


Aside from growing the ecosystem, the Bitgert network is also growing its chain utility. The Bitgert bridge utility is one of the biggest projects that has increased BRISE chain utility.


Bitgert partnered with Centcex to launch products and startup studio projects. Experts opined that this development would propel the BRISE token above Litecoin once the Centcex team unveils projects on the Bitgert chain.


The comparison between Litecoin (LTC), which has been around for over a decade and Bitgert (BRISE), which was launched a few years ago, shows that the developers of Bitgert are doing something right.

Aside from the amazing features of Bitgert explained above, while Litecoin and other crypto tokens plummeted, Bitgert retained its price value amidst the selling pressure. The bear market that has caused major investors to sell off their crypto investments is different for Bitgert, and the Bitgert community has continued to grow bigger.

This article represents only the researcher's views and does not constitute any investment suggestions.