Gate.io Blog Why is the Metaverse Important? Some Simple Practical Reasons for the Next Virtual Revolution
Common Knowledge

Why is the Metaverse Important? Some Simple Practical Reasons for the Next Virtual Revolution 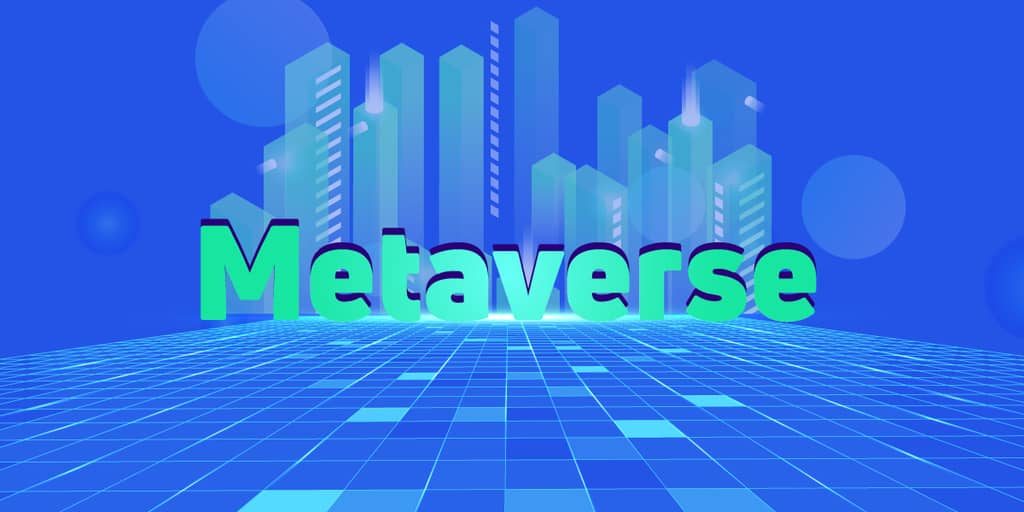 First things first, we are still very early: When you see the projects Meta is working on or crypto iterations, try to picture it as the internet of the 1990s because we’re at the very early stages of development. I’ts an important notion to see the metaverse not through the lens of how the technology is now, but how it will look and feel a few years down the road.

Immersion that eventually parallels our real-life’s means actual new worlds of entertainment: From virtual tourism to movies, gaming, content creation, social media and much much more - whatever your mind can think of (and what it cannot imagine yet) will be drastically impacted by the metaverse. That is, once the technology is truly immersive.

New worlds mean new economies filled with opportunities and ways to produce: People couldn’t imagine software developers as a highly on-demand job twenty years ago, and the same will apply to metaverse-related positions soon. Not only so, but the tools available to make them more effective and engrossing will also evolve thanks to technologies such as virtual reality and augmented reality.

Bring people even closer together: Although there are some very visible cons from having so much technology in our lives - phone and social media addiction being good examples - there is no denying that the internet also managed to bring us much closer together. Merely two decades ago, being able to converse and see each other in real-time from anywhere in the world was something completely unimaginable. The same applies to the metaverse, and it will become ever-more apparent as the technology progresses.

[Full Article]
Over the past couple of years, but more specifically from October 2021 onward, the world kept hearing the buzzword “metaverse” with mixed reactions - mostly, confusion. When Mark Zuckerberg announced that Facebook would be changing its name to “Meta” to better fit its research into creating a full-fledged metaverse, the whole world tried to grasp this novel concept that either seemed extremely futuristic or just a videogame.

After the dust settled and more information from different venues began to appear, the metaverse popular consensus has been broken down to this; a virtually-immersive iteration of the internet. Whether through Virtual Reality, Augmented Reality goggles or the good old-fashioned computers, the point of the metaverse is to create new experiences that bring real life into the virtual world. Sounds interesting and innovative on paper but what is it for, really?

In this article, we provide some simple and practical examples of what makes the metaverse important for our average lives - although we are still quite early for the journey.

A Daily Mail article from December 2000 about the internet, merely 22 years ago. 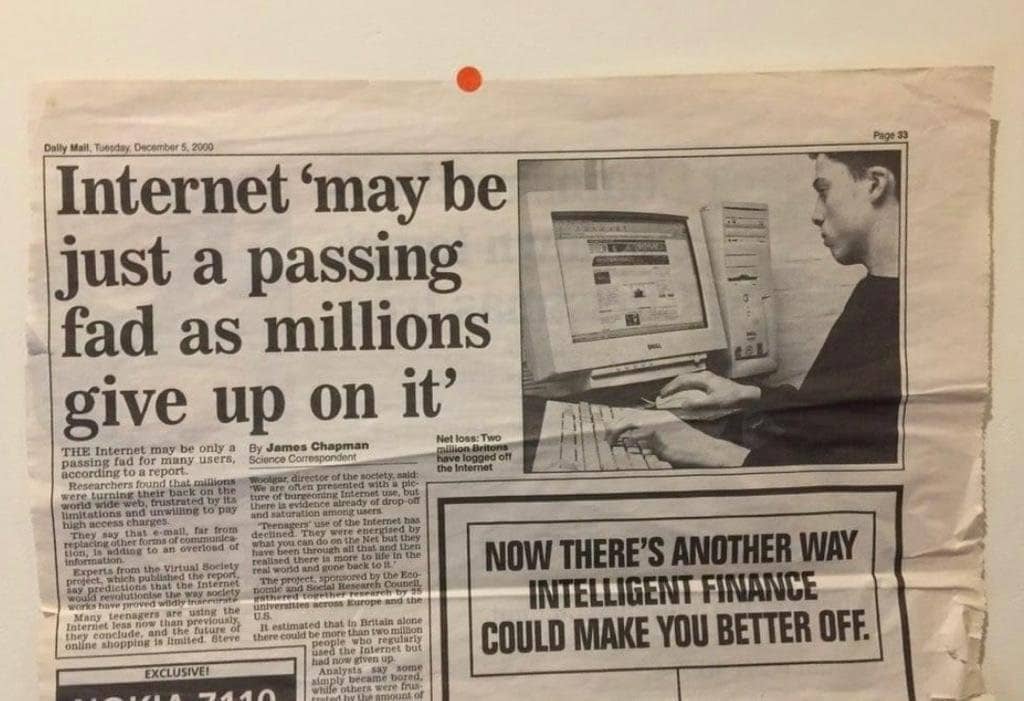 In order to understand why the metaverse will be relevant in the future for daily use, it’s important to realize that we have been here before; not for the metaverse, but for the internet. When you see the projects Meta is working on or crypto iterations like Decentraland, Sandbox and Somnium Space, try to picture it as the internet of the 1990s. Yes, it’s innovative and the concepts seem very difficult to understand, but we’re also at the very early stages of development.

So why does that matter? Basically, to see the metaverse, not through the lens of how the technology is now but how it will look and feel a few years down the road. It took over twenty years of development for the internet to truly mature into people’s livelihoods. With the metaverse and current tech development at a much faster rate, it may take less than a decade.

Therefore, it’s important to view the metaverse not as what it is now, but how it may actually be really soon - and prepare yourself for it, as there already are many interesting opportunities to get involved. 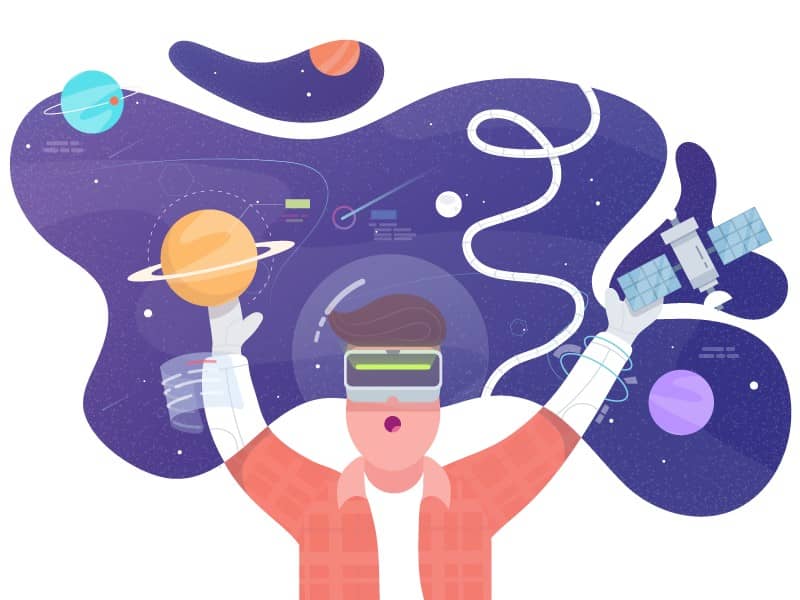 As previously mentioned, the metaverse technology as it is today pales in comparison to what’s coming in the future. Still, it’s already clear that the metaverse will play a huge role in entertainment. Think of virtual reality, but so realistic that it takes immersion to a whole new level - up to a point where new areas would truly feel like worlds to explore.

So what do new worlds at the tip of your fingers mean? For entertainment, massive new fields to explore. The metaverse, once at maturity, will completely change tourism, cinema, television and gaming. Think of buying a travel package with some friends but, instead of going to a new country or a town nearby, it’s an actual different world that takes place virtually with unimaginable activities. Spacewalks, diving into black holes, dining at a medieval cafe? Sure.

When cinema was created in the late 19th century, it was an unimaginable technology that recreated entertainment as we knew it. Same for the radio, and same for the printing press. With metaverse innovation all taking place virtually, there is no limit to how innovative things will get - things that humans of 2022 probably can’t begin to conceive yet. One thing’s certain: folks we’ll be having a lot of fun.

And yes, yes, it sounds strange and uninteresting to most but remember; that’s how it sounds now. Because the road ahead is inevitable, with the metaverse truly reshaping entertainment as it currently exists. The mixture of virtual, augmented and physical realities will bring forth a truly infinite way to enjoy life and yourself. Plus the real world will still exist, so that will always be around too! 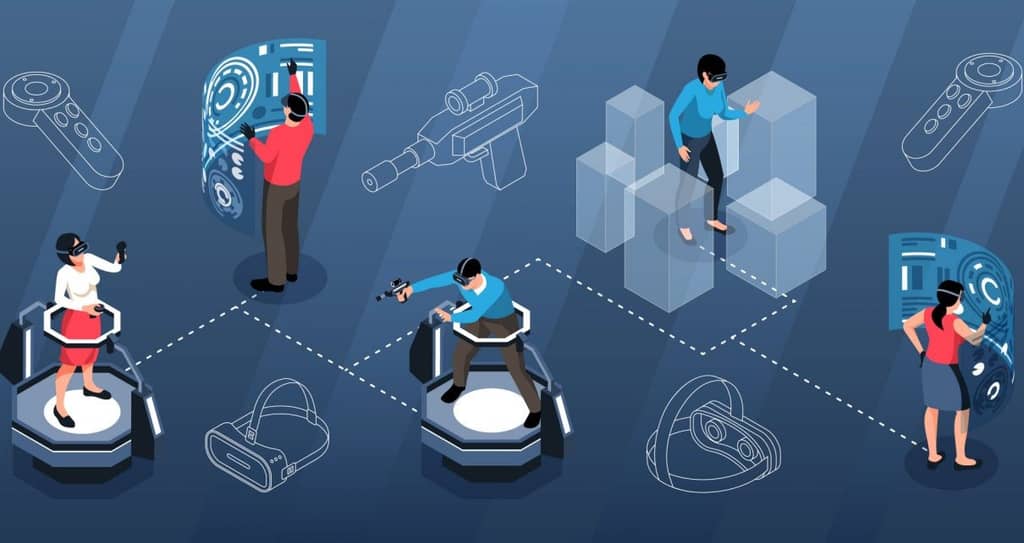 If I went back twenty years ago and told you that one of the most sought-out professions of the 2020’s would be software developers, you would probably think I was crazy. “What for?” you’d ask, as software developers only became a truly big deal in the job market over the past decade or so.

Soon enough, the same will apply to the metaverse and its many jobs that the ecosystem will create. Much like the entertainment-based section regarding tourism, movies, gaming, etcetera, the metaverse will create new roles that we cannot even begin to conceive. But, for the time being, there are some easy predicitons to make: the fiels of content-creation, marketing and software development will be massively important over the next few decades. Social media influencers and content personalities like YouTubers and TikTokers? The metaverse will have plenty of those too, who will be able to create content in innovative new ways. Fitness trainers, teachers, lawyers, they will all have their place in these brand new worlds.

Not only will new jobs be created, but the tools for such jobs will be more practical and thorough. Currently, many engineering and architechture offices have been using virtual reality and augmented reality to design blueprints and visualize how their work will be implemented in the real world. Business presentations introduce tech goggles to guests to truly get a scope of the information being transmitted, while museums use them to educate in novel and fun ways. All of these will be cost-efficient resources hopefully available for anyone who wants to use them.

And yet, all these innovations do not address the main reason why the metaverse matters; the same reason social media was created in the first place.


Bring people even closer together 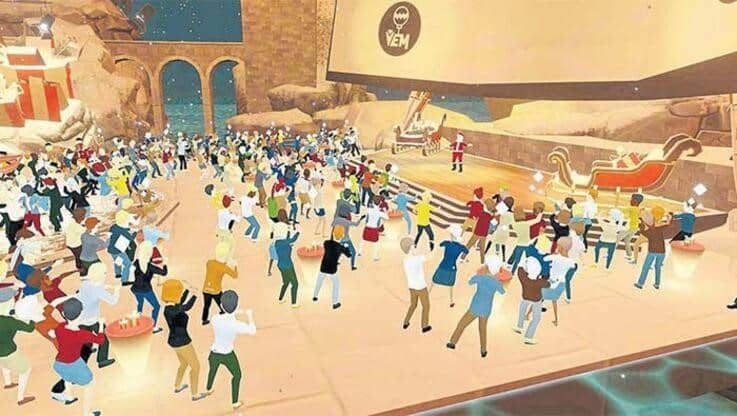 Although there are some very visible cons from having so much technology in our lives - phone and social media addiction being good examples - there is no denying that the internet also managed to bring us much closer together. Merely two decades ago, being able to converse and see each other in real-time from anywhere in the world was something completely unimaginable to us regular folk, and yet it’s now part of our daily lives and makes the world far more connected than it has ever been.

The same applies to the metaverse, and it will become ever-more apparent as the technology progresses. Of course that nothing replaces real-world interaction just as well, but there are very clear perks to playing a game with your friends or family’s avatar while being able to see exactly how they are reacting to it. To visit brand new virtual worlds and create content together to working with your colleagues in cooperative tools in a much more vivid remote landscape.

The way past social-changing technologies evolved since the dawn of time has always resulted in a similar endgame; from the car to the radio, airplanes, television, the internet and more. They are different in framework, but the results were similar - they brought people closer to each other. While it may be hard to see it now, at such an early stage, that’s exactly what the metaverse will accomplish!

* This article represents only the views of the researcher and does not constitute any investment suggestions.

ETH -0.30%
BTC -1.49%
GT -0.45%
Share with：
Follow us：
Trending
Gate.io Is Sponsoring Blockchain Economy Summit In Türkiye
Gate Group Receives VFA Class 4 License in Malta, Marking a Strong Start in Europe
The Impact of USDT Depegging on the Crypto market
Cats Rule the World! | Why Do Mimic Shhans NFTs Go Viral?
Why Is There Sharp Decline In The Price Of Cryptos Recently?
Claim 20 Point now
Exclusively for Newcomers: complete 2 steps to claim Point immediately!