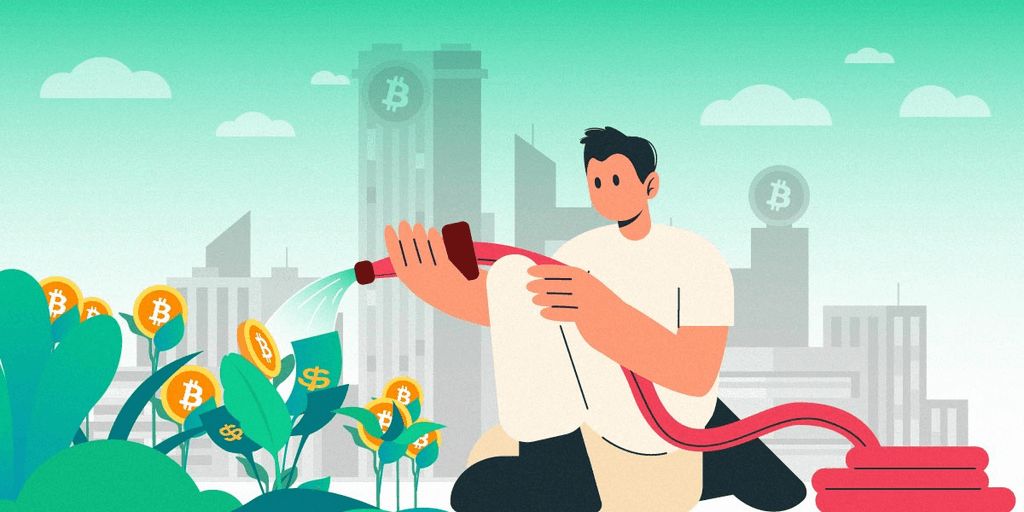 Bitcoin is a digital currency type that is being played under the open source code software part.


Source: What is Bitcoin?| Financial Express


Bitcoin was released in 2009 by a mysterious figure nicknamed Satoshi Nakamoto. This virtual currency can be exchanged directly using an Internet-connected device without going through an intermediary financial institution.

With important features such as anonymity, no transaction fees, more and more people trust and accept it.

History of Bitcoin before 2021
First of all, let's talk about the development of Bitcoin to get started. In the image below you can see the various major events and the price rise.

Bitcoin Crash in March 2020
2020 started with bad news. From February to March, Bitcoin fell from over $10,000 to under $4,000. However, the crash is not limited to the cryptocurrency market. It was a full-blown economic downturn because of the COVID pandemic. For example, the AEX (stock market index) closed with its biggest drop since 1987, down more than 10%.

Bitcoin Halving Event in May 2020
The halving event happened on 11/5. The new reward per block is set at 6.25 BTC, which is the new era of Bitcoin. So the number of bitcoins in circulation becomes more scarce, which also coincides with people receiving stimulus packages and their coins. Due to higher demand and lower supply, prices have increased.

Bitcoin Core Update June 2020
Bitcoin news followed by network changes. Since upgrades often drive up the price, this is important news. Bitcoin Core is responsible for everything in the ecosystem, the update was released on June 28 by 119 developers. OpenSSL was removed from the code to increase the security of the protocol and reduce the vulnerability to attacks.

Bank BTC in July 2020
The Office of the Comptroller of the Currency (OCC), the national bank watchdog, has authorized US banks to offer Bitcoin services. The first companies to release this news were Avanti, Kraken, BitPay, and Paxos. They all applied for banking licenses and regulations.

MicroStrategy in August 2020
The most promising news for 2020 came in August when business intelligence firm MicroStrategy bought about $250 million worth of Bitcoin. The cause is the Inflation Ghost.

BitMEX and PayPal in October 2020
The most shocking news of October came from derivatives platform BitMEX. The exchange was sued by the US Commodity Futures Trading Commission (CFTC). According to the CFTC, BitMEX was operating without a proper license. It is also accused of market manipulation, which doesn't look good for the Bitcoin price.

Additionally, PayPal opened up for Bitcoin the same month. Whenever a multi-billion dollar company starts accepting cryptocurrency, it drives the market forward and causes a price increase. It should also be noted that PayPal bought about 70% of the newly mined Bitcoins.

Institutional Money in December 2020
MicroStrategy made its first institutional money flow in late 2020, followed by Square, Stone Ridge, MassMutual, Guggenheim Partners, Grayscale, and Ruffer Investment. In total, the investments amounted to hundreds of millions of dollars. MicroStrategy raised $650 million in debt securities and has since successfully converted that cash into Bitcoin. This has fueled the price increase, with BTC rallying above $24,000 in that time period.

Why Bitcoin price increase? Jeff Dorman, Chief Investment Officer of digital asset investment giant Arca, stated, “Bitcoin has graduated from the digital asset playground and has become a mainstream global investment channel. . Investors now have the knowledge and means to buy Bitcoin themselves, we're seeing this in real time, and it's happening faster than we anticipated.”

2021 is a tumultuous year for Bitcoin. Bitcoin price continuously goes up and down like a roller coaster, making many investors feel a "heart attack". 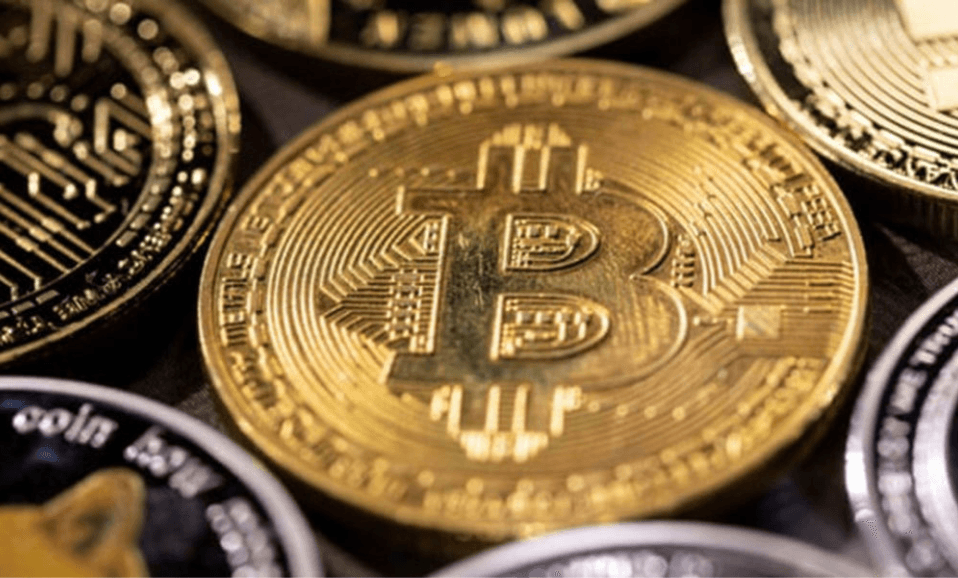 Constantly setting new highs
Right from the beginning of the year, the Bitcoin price has had a spectacular growth. In the last trading session of 2020, Bitcoin was only priced at 29,000 USD. However, in 2021, the Bitcoin price suddenly jumped, forming a new record price.

January 3rd: Bitcoin price breaks through the $30,000 mark. Many people do not believe this world's most popular cryptocurrency can be achieved in the first days of the new year.

January 8: Bitcoin once again made a new peak when it surpassed the $41,000 mark, and at times approached the $42,000 mark. The reason why the Bitcoin price spiked in the first days of the year was attributed to global political uncertainties, the impact of Covid-19, and concerns about inflation that made investors look to Bitcoin as a safe investment.

February 9th: Bitcoin turned bullish again, climbing to the $48,000 mark. Bitcoin price spiked after the announcement of electric car company Tesla that it had brought up to 1.5 billion USD worth of Bitcoin and was cherishing its intention to accept Bitcoin as a form of payment.

April 13: The world's most popular cryptocurrency is trading around $63,000.

May 19: Bitcoin price at one point dropped to $28,900. The reason why the price of Bitcoin plummeted came from a series of unfavorable information for virtual currency investors, including China's tightening of digital currency and billionaire Elon Musk - Tesla's CEO - announced that he had Stopping car purchases with Bitcoin led to a wave of sell-offs in the cryptocurrency market.

From the end of May to the beginning of October, Bitcoin had a slight recovery as the market appeared some positive news, but was unable to break the record set in April.

9/11: Bitcoin price has surpassed $69,000, the highest price ever recorded since the coin's birth a decade ago.

November 10: Bitcoin price drops to $66,000 again. Then there was a series of strong bearish days for Bitcoin.

Morning of December 4: Bitcoin price suddenly dropped very sharply, steadily depreciating hundreds of USD per hour, sometimes down to the threshold of 42,000 USD, marking the lowest level in the past 3 months.

It can be seen that 2021 is a "not bad" year for Bitcoin as it continuously sets peaks. Despite experiencing a sharp drop in price recently, the Bitcoin price is still nearly doubled compared to the same period in 2020.

The year 2021 also shows the influence of Bitcoin in particular and cryptocurrencies in general to the public. Many investors consider Bitcoin as "digital gold", a safe place to invest. More than half of new Bitcoin investors entered this market within the last 1 year.

In 2021, Bitcoin also received some positive regulatory information that contributed to pushing the price up. On September 7, El Salvador became the first country to adopt Bitcoin as an official currency. On September 8, the Ukrainian Parliament also passed a law approving transactions in Bitcoin and other cryptocurrencies. Recently, Germany also allowed certain investment funds to pour billions of dollars into digital currencies. A few months ago, the American bank Morgan Stanley gave its clients access to Bitcoin investment funds.

However, Bitcoin and the cryptocurrency market still face a lot of pressure from regulators in many countries. Cryptocurrencies remain a risky and highly speculative asset, with prices still heavily dependent on investor sentiment.

Although 2021 is not a very smooth year for many Bitcoin investors when the price is always up and down like a roller coaster, many experts are still quite optimistic about the future of Bitcoin in the coming years. Many expect the Bitcoin price to increase sharply in 2022.

Bitcoin has been setting incredible records over the past few months. 2021 is a great year for Bitcoin and many experts have predicted what the future will bring for this cryptocurrency.

If the current price is $46 333.86, what will be the future value of Bitcoin?
Mr. Anthony Pompliano, founder and partner of Morgan Creek Digital, predicts BTC futures price to be $250,000 in 2022. Let's see if other sources agree.

Standard Chartered Bank
In August 2021, analysts at Standard Chartered Bank released their forecast, expecting BTC to hit the $100,000 mark early next year. This reflects the opinions of many other crypto experts. For example, Nick Spanos, co-founder of the Zap.org decentralized network, also believes that Bitcoin will hit $100,000 in the near future.

Token Metrics
Bill Noble, a senior market analyst at Token Metrics, recently made his own prediction for Bitcoin price, with a target of $75,000 by the end of 2021. But he also emphasized the possibility of the price. down, even down to $25,000.

Tim Draper
Returning to the positive Bitcoin 2021 price predictions, billionaire venture capitalist Tim Draper is aiming high. Some time back, in 2020, he made a prediction that BTC would hit $250,000. In mid-2021, he confirmed that he was keeping his original outlook until the end of 2022.

However, just entering 2022, Bitcoin entered a "heart attack" period for investors when it dropped to 2.17% with a value of $ 47,228.74. But with the analysis and potential from Bitcoin, it is still believed that 2022 will be the year of Bitcoin boom and achieve high value like the first months of 2021.

5. Is Bitcoin a good investment?

Should I Invest in Bitcoin? You may be asking this question in your head. The Bitcoin digital currency hit an all-time high on October 20, 2021, rallying over $66,930. The cryptocurrency's strong rally to new all-time highs doesn't seem to be over for the time being. So: Should you buy or sell Bitcoin? 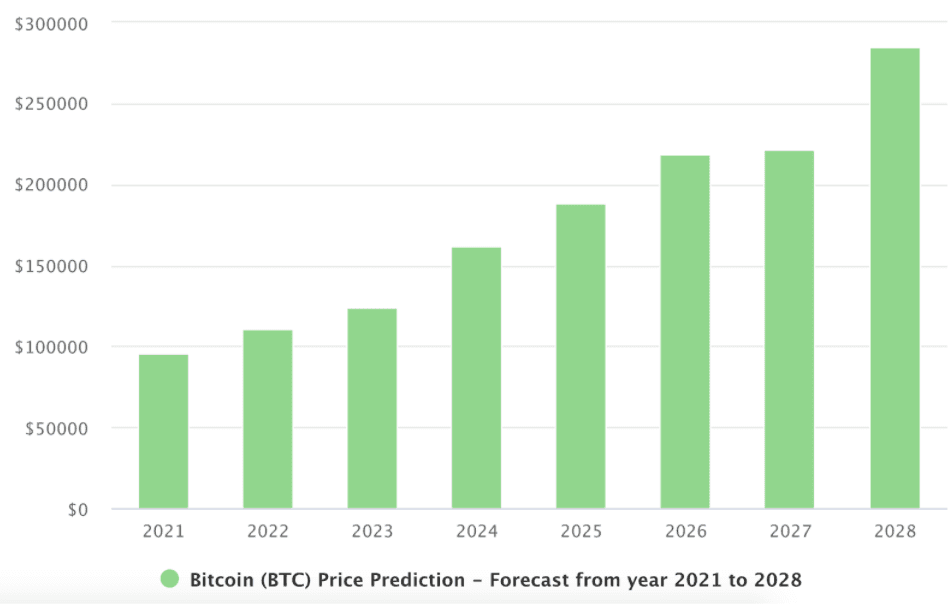 Back in 2017-2018, people thought Bitcoin would get close to $20,000 in the end. But this digital currency has repeatedly proven that it can overcome new hurdles, even after a sharp drop. So Bitcoin can be a good investment to go further.

By the end of 2021, it is clear that more and more asset managers are starting to see profits from cryptocurrencies. Payment provider PayPal customers can also pay with Bitcoin. This fuels hopes that cryptocurrencies will become more interesting to the masses.

However, investors' optimism becomes even stronger as price targets from analysts - above $100,000 and even $250,000. In addition, supportive measures from the government and central banks show that there is so much money available that more and more money is being invested in riskier investments.

Finally, a group of people expect Bitcoin, like gold, to be a good investment because it is not susceptible to inflation. The current advance began last year. According to data from coinmarketcap.com, the digital currency has subsequently nearly quadrupled in value, tracking from the various exchanges on which the cryptocurrency is traded.

With a large history and a dominant value in the market capitalization. From 2009 to 2022, Bitcoin still holds an absolute position in the cryptocurrency market. 2022 is a promising year for Bitcoin as the market capitalization analyzed will likely reach $100,000 as well as many Countries have gradually loosened their control over the Bitcoin market. Let's wait and see if 2022 will be more explosive than 2021.


Author: Tomi.D, Gate.io Researcher
* This article represents only the views of the researcher and does not constitute any investment suggestions.
*Gate.io reserves all rights to this article. Reposting of the article will be permitted provided Gate.io is referenced. In all other cases, legal action will be taken due to copyright infringement.