New users need to sign up Gate.io to participate.

3、$300 SRK for Twitter Giveaway
From now on, we will start a 7-day 70,850 SRK ($300 USD) Twitter Giveaway event to complete forwarding and following tasks and get lucky draw opportunities. After the event, we will draw 10 people from them and will give 7,085 SRK ($30 USD) .
Click to participate: https://www.gate.io/poll/votelist/180#giveaway Coming soon

4、SRK Telegram AMA, $500 SRK Giveaway
We will launch the SRK Telegram AMA SRK activity in the near future, inviting SRK project personnel to visit the Gate.io Telegram group. During the Q&A period, 118,090 SRK ($500) airdrop benefits will be given out. Details of the event will be on Gate.io Twitter and Telegram announced, so stay tuned!

Gate.io has implemented a new feature called "listing vote," offering even more opportunities to launch high-quality projects.
In our listing votes, participants can vote for the project at hand. If the project attains the targeted votes after the vote, its tokens will be listed on Gate.io. All voters have a chance to win an airdrop of the project token according to the ratio of the votes they contributed to the number of votes in total. Additionally, there will be a referral airdrop event along with the listing vote. Users can win an airdrop of the project token via our referral program.

1.Voting Schedule:
Voting Period: From 12th July 9:00 AM—13th July 7:00 AM.
2. Voting and Listing Rules:
In this round of voting, if SRK gets 10 million votes, Gate.io will list SRK for USDT trading. Users who participate in the vote can share a total of about 1,180,920 SRK airdrop rewards.
To vote, please visit: https://www.gate.io/poll/votelist/180
Deposit SRK at https://www.gate.io/myaccount/deposit/SRK?ch=depSRK

3. Every KYC participant can vote with his GT for the project.

4. In this listing vote, when the project gets 10 million votes, the tokens will be listed.

5. After the listing vote, all voters will be rewarded with an airdrop of the tokens. Meanwhile, the time for trading, withdrawal, and deposit of the tokens will be released.

6. The return of GT and holding requirements: after the listing vote, the voter’s GT will be returned to his account. The GT holding of the voter should be higher than the number of his votes within two hours after the activity. Otherwise, the number of the votes will be counted based on the real-time GT holding when the vote counting begins.

7. Rewards in the Listing Vote:
（1）After the project receives 10 million votes, the token will be airdropped. All voters will win the token. The airdrop of the token will be ratioed according to how many votes of the voter account for the votes in total.

8. Attention:
（1） Cheating: Gate.io will cancel the votes of an account if any cheating is detected or reported by other users and confirmed. The account will no longer be qualified for the listing vote if more than three cheating records have been registered.

Gate.io reserves the final right to interpret this activity.

Please note:
1. The reward will be distributed to your account within 7 working days after the end of the event. You check the reward via "My Funds”----”Bill".
2. The user's net deposit amount is calculated based on ( deposit amount-withdrawal amount) (excluding internal transfers).
3. The above activities are allowed to participate more than once.
4. For any malicious acts conducted during the period, including malicious transaction manipulations, illegal bulk registration of accounts, self-dealing, etc., the platform will cancel the qualification of the participants.
5. Risk warning: Users must be aware of the fact that currency tradings are affected by many factors, such as: the market, policies, and price fluctuations. It is difficult to predict the market, so users are strongly recommended to understand all the related information and be vigilant in regards to your investment actions.

Gate.io is an established exchange that holds integrity, transparency, and fairness to a very high standard. We charge zero listing fees and only choose quality and promising projects. Our exchange consists only of 100% real trading volume. Thanks to everyone who has joined us in our journey. We always intend to improve and innovate to reward our users for their continuous support. 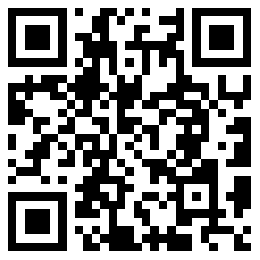