A Summary of the Joe Biden Crypto Order 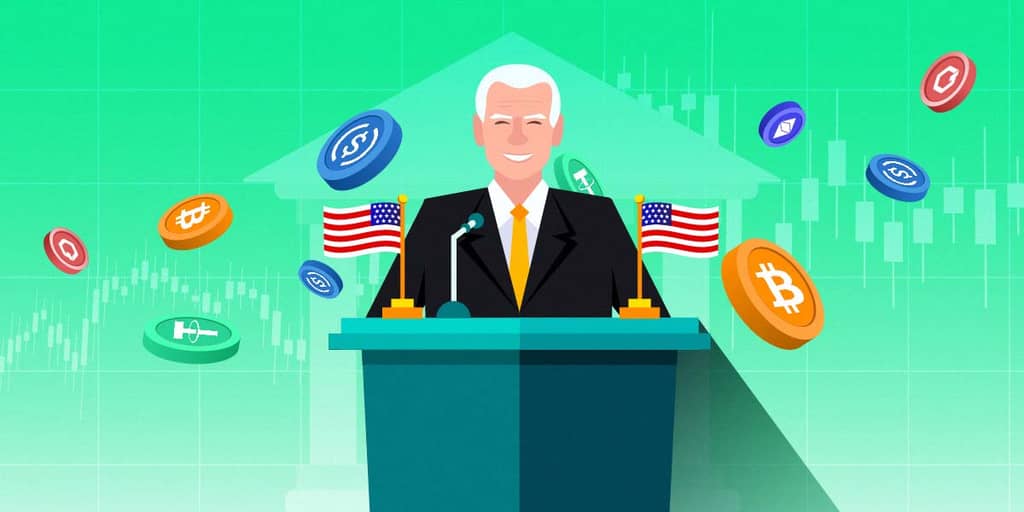 - Protect consumers, investors and businesses
- Reinforce the United States as a leader in the global financial system and in technological development

Coordination between government agencies: The order establishes frequent interagency meetings with several different titles within the government, such as the Secretaries of State, Defense and Treasury. It does not, however, officially includes members of the FTC, CFTC and SEC - which up until now had led the discussion around crypto regulations.

The creation of a digital dollar: The crypto executive order labels research around an American CBDC as of “the highest urgency,” seeking the same standard of consumer protection, safety and research that were previously established in the document for cryptocurrencies in general. Within 210 days since the order was issued, the White House is expected to receive an official proposal on creating the digital dollar - signed by the Attorney General under the guidance of the Secretary of Treasury and the Chair of the Federal Reserve.


On the 9th of March 2022, US President Joe Biden signed the long-awaited executive order on cryptocurrencies. The document, entitled “Executive Order on Ensuring Responsible Development of Digital Assets,” loomed in investors’ minds for months under concerns of bringing in a negative perspective on digital assets. However, the executive order was surprisingly positive and touches on some important matters of crypto risks and regulations in the United States.

The document, which roughly translates to be about 20 pages long, comes with several highlights to be considered when it comes to the future development and adoption of cryptocurrencies in the United States.

With that in mind, this article brings a summary of the main topics addressed in Joe Biden’s crypto executive order.

To keep matters as straightforward as possible, the crypto executive order holds a section detailing the objectives of the United States for digital assets in the long run. The main ones are as follows:

Protect consumers, investors and businesses
The order identifies the crypto space as innovative, but lacking proper consumer protection - including crypto exchanges in the nation, which the White House does not see fit to safeguard investments. The US must, therefore, ensure that proper security measures are in order while promoting the safe development of the technology. That includes protecting global financial stability, mitigating national security risks while promoting access to safe and affordable services.

Reinforce the United States as a leader in the global financial system and in technological development
Much like other directives related to technology, the US tends to steer towards promoting overall competitiveness and making sure that the country is at the top of the chain when it comes to innovation. In this signed order, it’s highlighted that the main areas to ensure competition and innovation are in the payment systems related to cryptocurrencies, design of digital assets (hinting at the alleged digital dollar), interoperability with different platforms and legacy architecture.


If you have followed the news over the past couple of years regarding crypto regulation in the US, you may have noticed that there is quite an internal debate in the country about which agencies should be responsible for which crypto regulations. Whether it’s the Securities and Exchange Commission, Treasury Department, Homeland Security, Financial Trades Commission (FTC), FBI and more, the usual debate was far more frequently about who gets to do what than the actual proposals.

Does that sound like way too many people from somewhat unrelated sectors? That’s because it is, and puts into question if this is an efficient strategy to work on the issue of the responsible agencies. Especially when the main agencies that were taking the lead before this executive order, such as the SEC and FTC, were not even included as the official list of meeting members. They were simply referenced as representatives of other departments who “may be invited” to attend. Might be just a hunch, but it looks like such “coordination” will take quite a long time to become effective.


The creation of the digital dollar


Surprisingly, this is the longest section of the executive order that wasn’t really expected by those keeping an eye on it, where the document focuses on a long-lasting topic of discussion in the crypto community: is the US looking to create a Central Bank Digital Currency?

Well, now we all have our answer: it’s a definitive yes. However, before accomplishing so, the White House wants to make sure that its goals with the digital dollar are well aligned.

Labelling the development of the currency and its research as “high priority,” the White House seeks the same standards of research for the CBDC as the upcoming crypto directives: promoting financial stability and risk-free use, protecting users and consumers, privacy protection, while leading the pack in technological development.

On the technological side, the executive order mentions that a CBDC that allows fast transactions at low fees would be the optimal result, coupled with interoperability with CBDCs issued by other countries. But before moving forward with any development whatsoever, it is vital to research if the potential risks, including security breaches, don’t overweigh the positives in such a project. Given the urgency of the research on a digital dollar, it is highly expected that we’ll hear more updates about it still in 2022.

The process of creating the CBDC
Split into twelve different sections, the document provides immense detail in what the process of the digital dollar creation may look like, from idealization to the first reports and then conception, all enveloped in several tasks for all the different departments mentioned in the order.

In a nutshell, the process will proceed as such:

1. Within 180 days of the order, the Secretary of Treasury must submit a report to the White House detailing the implications of a CBDC on security, financial inclusion, democracy and global interests of the United States.
2. Meanwhile, the Chair of the Federal Reserve is encouraged to submit a similar report detailing how a digital dollar can improve the efficiency and safety of financial transactions in the country.
3. Within 180 days of the order, the Attorney General must, through consultations with the Federal Reserve Chair and the Secretary of Treasury, provide an assessment to the President on whether there should be any legislative changes in the country to promote the creation of a CBDC, and what they might be. The Attorney must also provide their opinion if creating a digital dollar is the right move to make.
4. Finally, within 210 days of the order, the Attorney General must provide a regulatory proposal for new processes needed to begin the creation of the digital dollar.