1. On February 9, Shiba Inu officially announced the metaverse plan of Shiba Inu, code named shibverse.
2. Shib will set foot in the field of virtual real estate and launch Shiba Lands to compete with the metaverse projects such as Decentraland and the Sandbox.
3. Shib Land contains a total of 99000 virtual lands, which will be sold within 10 days. Users who hold LEASH will have the priority to view and purchase Shib Land.
4. Shiba Inu has certain advantages in entering the metaverse. One is the broad community consensus of Shiba Inu, and the other is its distinctive brand image.


How can the metaverse exist without our favorite SHIB?
On February 9, Shiba Inu officially announced its metaverse plans, code named shiberse. Shib will also set foot in the field of virtual real estate and launch Shiba Lands to compete with projects such as Decentraland and the Sandbox. 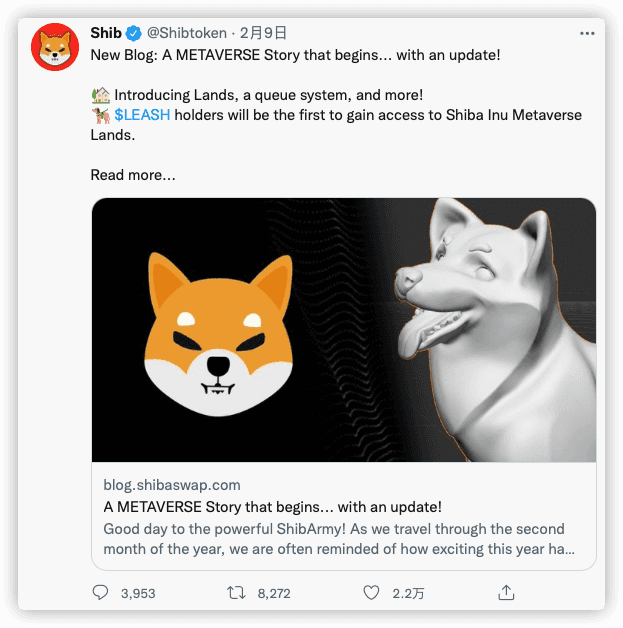 Obviously, Shib's ambition has never been just to be a "Dogecoin killer" under the meme concept, but also to expand the ecology and become a "SHIB that changes the world".


Shiba Inu and Its Metaverse Plans


Shiba Inu, founded in August 2020, is an ERC-20 token based on Ethereum. Shiba Inu and Dogecoin belong to the meme coins domain, and have been in constant competition. SHIB has also been nicknamed the dogecoin killer. . If the dogecoin was born in a "joke", then the SHIB is a "joke of joke". In the beginning, SHIB was just a simple meme coin, which seemed to have no substantive value. Now, with the continuous expansion of Shiba Inu ecology, Shiba Inu is becoming more and more powerful.

On July 10 last year, the DEX-ShibaSwap under Shiba Inu ecology was officially launched. As a competitor of Uniswap v2, ShibaSwap sets the handling fee at 0.3% and provides users with additional BONE token rewards. When ShibaSwap was launched, it triggered the rise of Ethereum gas fee. Subsequently, Shib Inu launched the SHIBOSHIS series NFT in October, with a total of 10000 pieces. The project was sold out 35 minutes after its release. 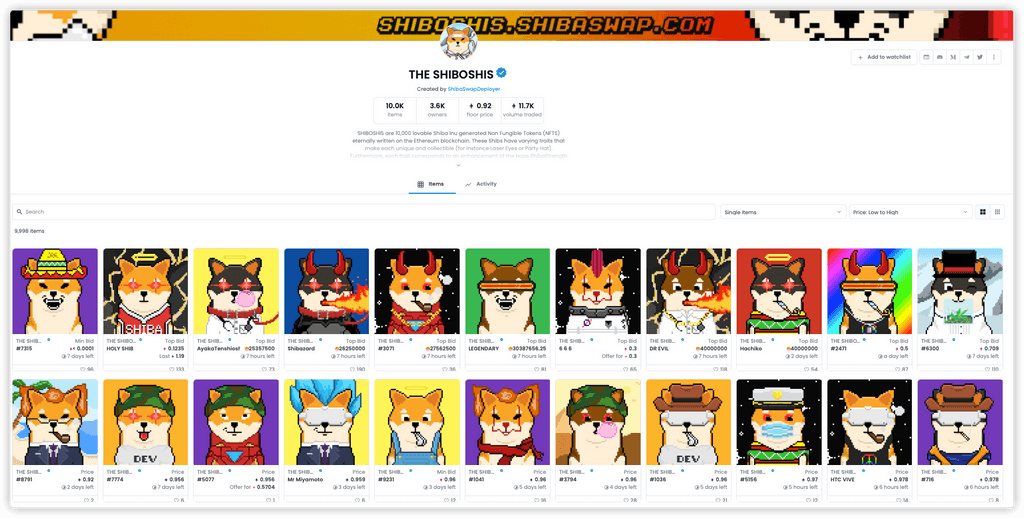 On February 9, Shiba Inu officially launched the Shibverse project plan, demonstrating its ambition to expand into the metaverse.. Shiba Land, a real estate project, will serve as the starting point for SHIB to enter the yuan universe. In addition, the Shiba team has also developed a queue system for Shiba Land sales to avoid robot abuse and possible gas fee competition in public sales.

In a more detailed plan on February 23, it was mentioned that Shiba Land contains a total of 99000 virtual lands, which will be sold within 10 days and will be used for Shiba Inu's future metaverse project. In addition to SHIB, the first token in Shiba ecology, Shiba Inu has also launched two other tokens: Leash and Bone. Users who hold Leash will have the priority to view and purchase Shib Land. 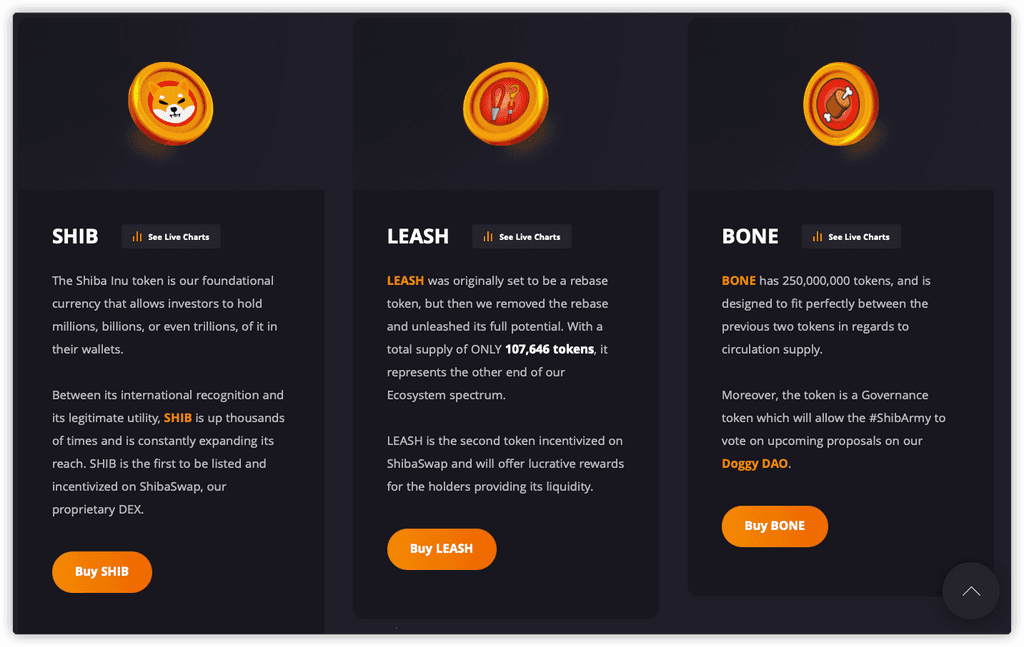 From the perspective of token characteristics, Shiba Inu has certain advantages in entering the metaverse. First, SHIB focuses on the people-friendly image. The total amount of tokens is very large and the price is very low. Anyone can hold a large number of SHIB at a very low cost. In addition, the cultural core carried by SHIB is also interesting enough, which makes SHIB have a strong community consensus and a large number of loyal members in the "Shiba army". In the Shib metaverse launched in the future, the Shiba army will be able to release huge amounts of energy. Second, some tokens with meme attributes, including SHIB, have their own animal image, which additionally constitutes a strong cultural symbol, making SHIB's metaverse attractive.

In October 2021, influenced by a series of news, such as Musk’show of his Shiba Inu pet, Robinhood's plan to include Shib in the transaction, and AMC Theatres's possible support for SHIB payment, SHIB prices tripled in just one week and leveled around $0.000027, and then rocketed up again, reaching US $0.000087. But since then, the bubble has broken.

With the promotion of Shiba Inu ecological development plan, SHIB has gradually regained people's recognition. From DeFi and Layer 2 to NFT, to GameFi and metaverse, Shiba Inu will not be absent from the hot spots in the development of blockchain. We look forward to this lovely little Shiba Inu to bring us more surprises in the future.

Author: Gate.io Observer: Ashley H. Translator: Joy Z.
Disclaimer:
* This article represents only the views of the observers and does not constitute any investment suggestions.
*Gate.io reserves all rights to this article. Reposting the article will be permitted provided Gate.io is referenced. In all other cases, legal action will be taken due to copyright infringement.

In the United States, cryptocurrencies are coming to theaters: AMC theaters are set to accept payments in dogecoin and Shiba Inu
Guide-How to buy Shiba Inu-SHIB
The artist who blew up Lamborghini Huracan to make NFTs