🔹 Bitcoin and Ether lost grip on Sunday following the latest news surrounding FTX. During the same weekend, China saw its first Covid-related deaths in almost six months, which had also been an influencing factor on Macro prices.

🔹 The Dollar Index and global bonds, particularly from the US and UK, have been the only assets that rose during the same period.

🔹 BTC and ETH’s correlations with the dollar (0.85 & 0.73) continue to rise on paper despite seeing some diverging movements on the hourly chart. This implies either the synchronization of price movements will occur or the correlations may soon reverse.

🔹 This week, global investors will be eyeing Wednesday’s FOMC Statement.

🔹 The topic of the Day: FTX hackers swapped 25,000 ETH for renBTC last night, currently the hackers still hold 200,000 ETH. Will the dump continue? Is renBTC at risk?

The Dollar, China, and FTX

Over the weekend, the two largest cryptocurrencies by market cap fell by -1.66% and -5.79%, notably, BTC had been hovering around the $16,700 level for 3 days until the plunge occurred on Sunday. The plunge was likely due to Sunday’s news surrounding FTX.

On Sunday, FTX released its redacted list of the 50 largest creditors whose claims range from $21 million to $226 million, totaling around $3.1 Billion in debt. On the same day, FTX exploiter swapped millions in Ether to Alameda-Linked Ren Bitcoin Tokens.

As of mid-Asian trading session, Bitcoin and Ether continue their decline despite being positively correlated with the Dollar Index which had been rising since 2 weeks ago. This underlies the uncertainties shared among crypto investors as the crisis surrounding FTX continues to unfold.

On the macro front, nearly every market has turned bearish except for the Dollar. US treasuries also rose across the curve on higher demand for havens.

Chinese stocks fell on Monday and the yuan weakened as the country’s first documented Covid deaths in almost six months sparked concern authorities could dial back the easing of restrictions. In a separate report by Bloomberg, Morgan Stanley, Bank of America, TCW, Fidelity International, and Franklin Templeton, are turning increasingly bullish on Chinese assets as investors have to start thinking about what is going to be one of the big, global trades of 2023.

This week’s focus will be on Wednesday’s FOMC statement.

Last Friday, UK’s October retail sales, though beating the consensus, were still in the negative growth zone. This means Canada’s figures will aid investors in evaluating global growth and where to potentially allocate their money to mitigate risk.

The Offshore Yuan fell against the dollar after the data release, which boosted the dollar index but failed to catalyze cryptocurrencies after a build-up of bearish sentiment from last weekend’s plunge.

The pound rose against the dollar at the time of release but fell as the weekend arrived. Cryptocurrencies fell as well, which signals the positive correlation with the dollar index is beginning to diverge and implies investors are mitigating risk but moving their assets elsewhere. 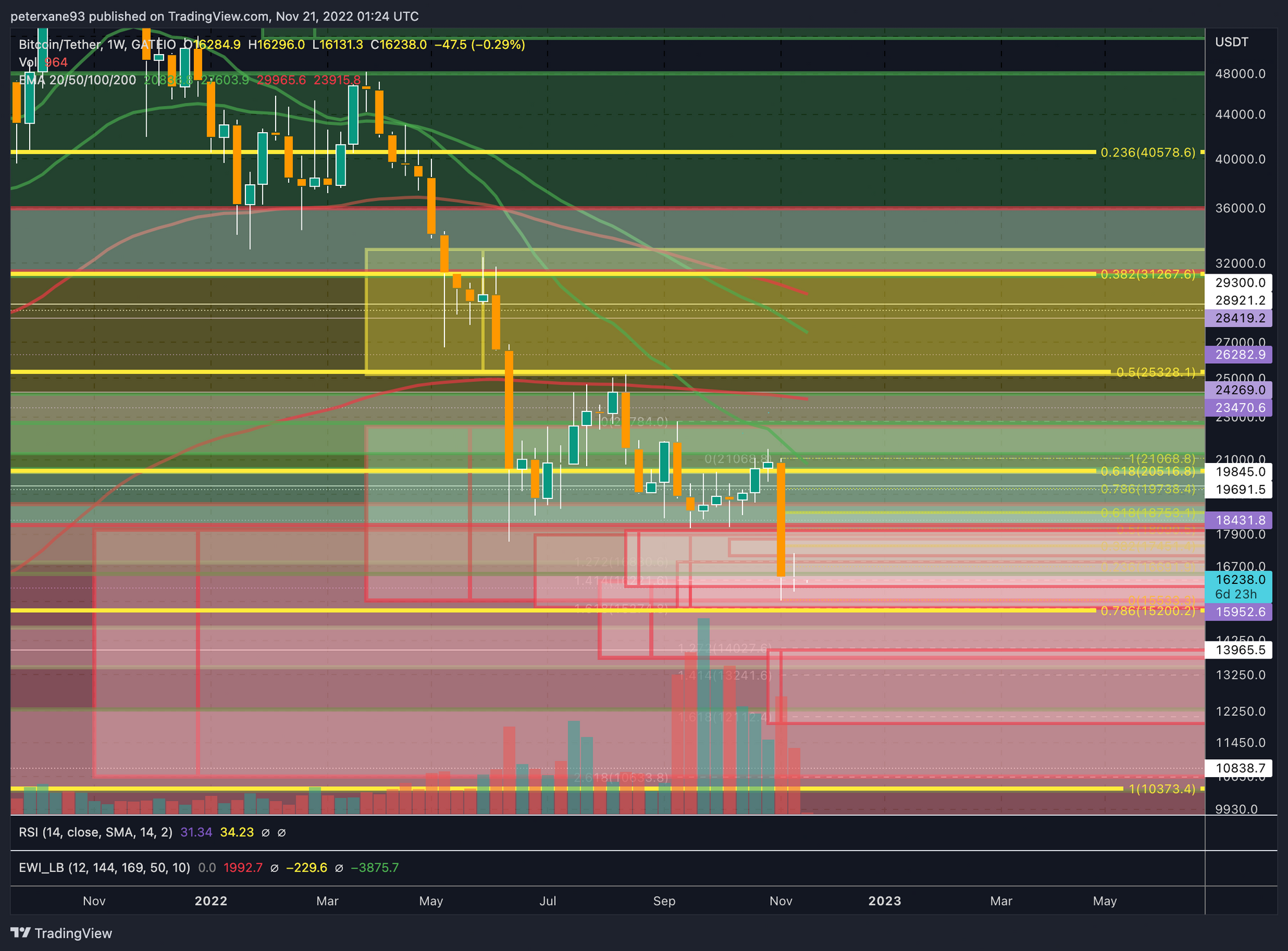 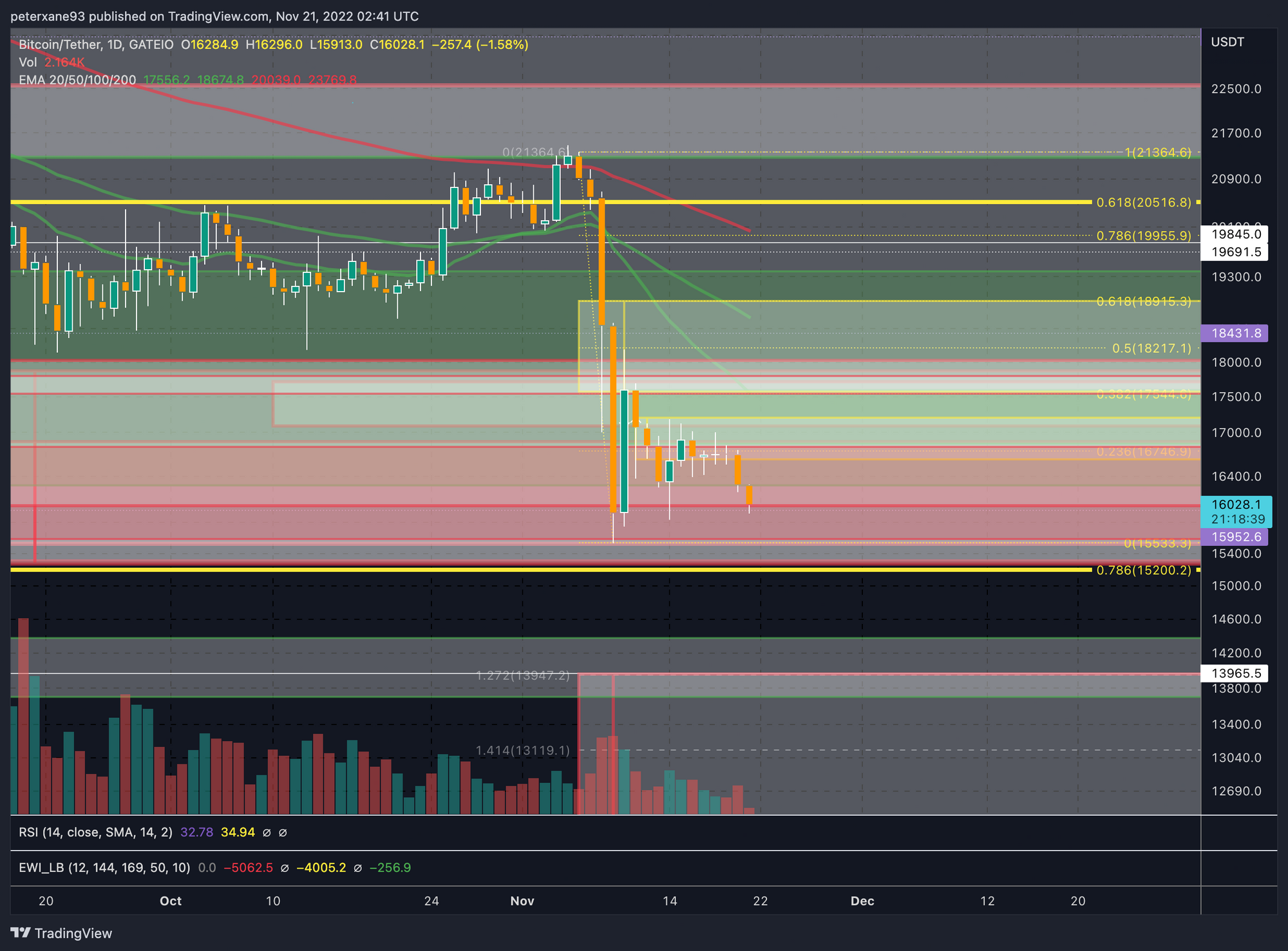 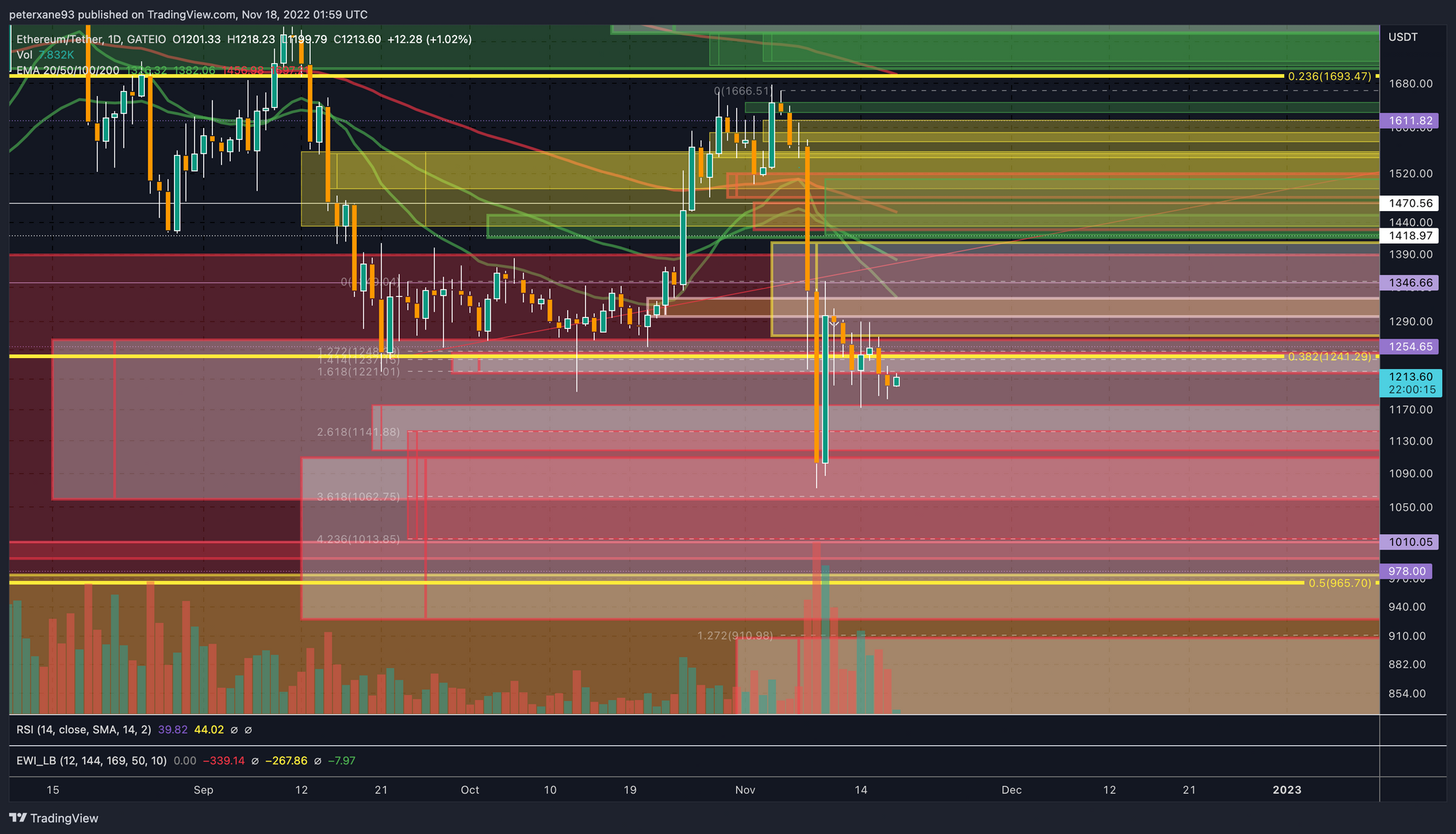 
According to on-chain data, on the evening of November 20, the hacker of FTX account transferred 25,000 ETH (worth $30 million) and started selling off ETH for renBTC. As of this writing, the hacker had sold off about 17,000 ETH while still retaining 200,000 ETH in his address.

As previously reported, the Ren team, which was acquired by Alameda, revealed that it currently has only enough money to develop until the end of the fourth quarter, with about $160,000 remaining for the project.

On BTC-anchored coins, Alameda Research is rumored to be the largest WBTC merchant and has acquired Ren Labs, the development team for renBTC.

Ren 1.0, which is now in use, is considered by the team to be at risk of obsolescence, and considering that Alameda is paying Ren Labs' salary, the community's concern that the team holds control of the project does not seem unreasonable, and this could indeed be a point of risk.

According to Ren Project's blockchain browser, the big players seem to be fleeing. Just four of the most recent transactions involved the redemption of renBTC on Ether back to native Bitcoin.

With crypto black swan events occurring frequently, how should users choose? Feel free to share and discuss on our social media platforms.

🔹 In their declaration, G20 leaders, including President Joe Biden, called for a global regulatory framework for crypto.

🔹 Sony filed a patent application for its technology described as "using tokens on a distributed ledger to track in-game unique digital assets.”

🔹 Vitalik Buterin: FTX incident is a "huge tragedy" and says cryptocurrencies have a long way to go to reach their full potential.

🔹 The Caribbean island nation of St. Nick is set to make BCH legal tender by 2023. Terrance Micheal Drew, the country's prime minister, also revealed that St. Nick officials are willing to participate in Bitcoin cash mining, and Terrance believes that cryptocurrencies represent "the opportunity of the future" and that the plan will come into effect once regulators ensure that consumers will receive maximum protection.

🔹 FTX announces the launch of a strategic review of its global assets and intends to sell or restructure certain businesses.

🔹 Grayscale: For security reasons, no on-chain wallet information will be disclosed via proof of reserve.

🔹 X2Y2 removed "custom royalty" and will enforce royalties on all NFTs.

🔹 The Ensign Group plans to launch a cryptocurrency hedge fund.

🔹 Tuvalu will be the first country to move into the metaverse as rising sea levels threaten survival.

🔹 New FTX CEO: Alameda had a "secret waiver" in the FTX auto-liquidation agreement.

🔹 Decentralized financial marketplace infrastructure startup Revv announced that it has closed a $5.5 million round of funding in Q2 led by Libertus Capital. Revv founder Adi Dommaraju said he hopes to build the new DeFi product by combining TradFi and Web2 practices with a crypto-native experience.

🔹 NFT platform Hyakkit closed a $2 million seed round led by Step VC and others. Hyakki is dedicated to building marketing and utility infrastructure for Web3 and NFT, using AR and AI to provide marketing services and application scenarios for Web2 and Web3 brands so that NFT is not limited to JPEG images but can give brands more.

Author: Gate.io Researcher Peter L. & Byron B.
This article represents only the researcher's views and does not constitute any investment advice.
Gate.io reserves all rights to this article. Reposting the article will be permitted provided Gate.io is referenced.
In all other cases, legal action will be taken due to copyright infringement.
BTC + 2.96%
ETH + 3.18%
FTT + 3.76%
SOL + 3.18%
GT + 1.89%
FOMC will be on Wednesday_ better keep an eye on the volatility index. The FTX saga continues as it was revealed on Sunday the top 50 creditors of whom the troubled exchange owed a combined $3.1B, and ...
Register & Get$5600 Giveaways
Register Now
Related Articles