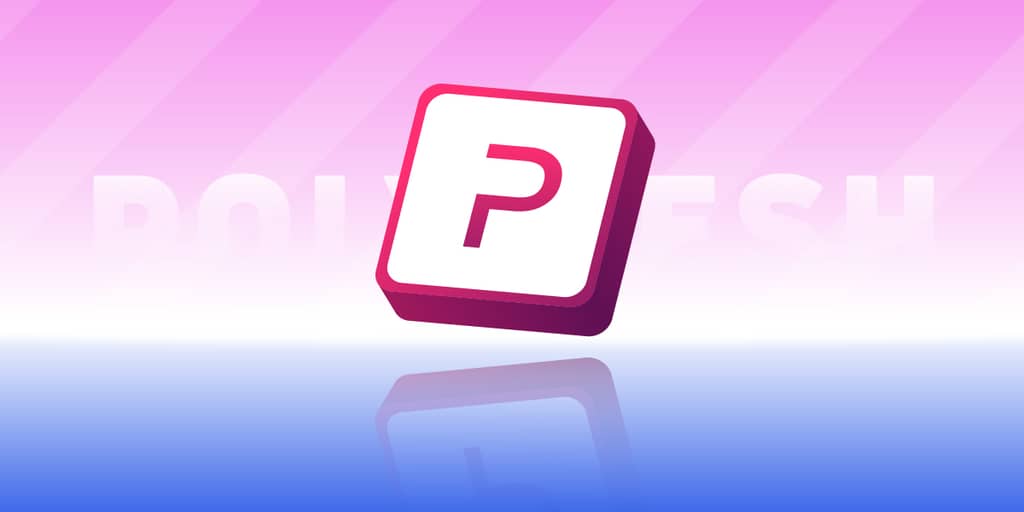 - The nominated proof-of-stake consensus mechanism is implemented on Polymesh to help increase the blockchain's security.

- Polymesh's purpose specialization gives it a clear advantage over other technologies with general-purpose blockchains.

- POLYX is the main protocol token for Polymesh.

When it comes to tokenized securities, general-purpose blockchains generally allow for token ownership, exchange, and restrictions through smart contracts. Yet these are typically designed on top of the network and not included in its essential features. According to Polymath, general-purpose blockchains featured numerous challenges related to performance, privacy, and scalability and were generally built on principles that contradict market needs.

The ideal regulated capital markets require identity, compliance, privacy, and deterministic finality. However, Polymesh, a single-purpose blockchain, stands to reinvent the future of banking and finance by offering, for the first time, a chain that captures the revolutionary potential of blockchain in a way that is compatible with capital markets.

As a public permissioned network, anyone can view the network and must go through an identity verification process to participate, including issuers, investors, stakers, and node administrators.

The native protocol token of Polymesh is POLYX, which is used to stake and secure the network, pay transaction fees, and participate in governance.

The PoS system is created to help increase the blockchain's security, as it makes harmful methods costly and challenging to execute.

Purpose Specialization
While creating and managing digital securities, Polymesh's purpose specialization gives it (and the applications developed on it) a clear edge over other technologies with general-purpose blockchains. The purpose-built infrastructure fills the gaps in Ethereum's architecture to align blockchain operations with the needs of modern capital markets.

POLYX
POLYX is the main protocol token for Polymesh and the blockchain's energy source. It facilitates the creation and maintenance of security tokens, promotes POLYX holder engagement through governance, and secures the chain through staking.

Based on guidelines provided by the Swiss financial authority FINMA, POLYX is categorized under Swiss law as a utility token.

Layer 1 blockchain
Currently, most securities-based projects are layer 2 initiatives developed on pre-existing blockchains like Ethereum or Solana. Polymesh, however, is one of the few layer 1 blockchains designed for security tokens, which are contracts for fractions of digital assets that hold ideal value.

How does Polymesh work?

1. Identity
Polymesh adopts a customer due diligence process to guarantee all actors on the chain are verified and permissioned entities author all transactions. According to the whitepaper, "all operations on the chain are mediated through an identity, rather than through a basic public key like most other public blockchains" to create a universal system of identity. Identities are universal and permissioned — they collect a set of attestations from network-approved authorities about the identity owner. These attestations can subsequently be used to control asset ownership, transfer, and other limitations and the operation of the blockchain's underlying consensus model. Each identity has a unique administration key, which can add or remove signing keys from the identity.

2. Governance
Contentious forks in the chain pose serious legal and tax issues for tokens backed by physical assets. Polymesh, based on the Substrate framework, takes over seamless upgrades to offer a forkless structure, so there will only ever be one version of the chain. Polymesh employs a governance model to prevent hard forks and guides the chain's development.

3. Compliance
The complicated logic required to comply with rules is difficult to handle by solutions created on top of general-purpose blockchains. As demand and regulatory complexity increase, Polymesh integrates compliance into the chain to enable quicker processing and cheaper protocol fees. Rules and compliance are optional and can be automated and enforced at the token level utilizing smart contracts.

4. Confidentiality
Most market players need their position and trades to remain confidential, but holdings on general-purpose blockchains are visible to everyone. Polymesh has developed a secure asset management system known as MERCAT (Mediated, Encrypted, Reversible, SeCure Asset Transfers), which permits confidential asset issuance and transfers.
Users can keep trade privacy intact, while Polymesh does not have to forgo compliance or transparency.

General-purpose blockchains, like Ethereum, experience their challenges when faced with the needs of regulatory compliance and global capital markets. As it turns out, the key challenges focus on issues about identity, compliance, confidentiality, and governance.

Based on Identity
General-purpose, permissionless blockchains are frequently constructed with pseudonymity as their conceptual and technical foundation. Due to this pseudonymity, it is particularly challenging to create and authenticate identities in a way that complies with the majority of regulatory criteria pertaining to the identification. Identity-related solutions can be added as a second layer, but this increases unwelcome complexity in the end-to-end solution.

Polymesh has an advantage over general-purpose blockchains since asset issuers and other capital intermediaries can test the Polymesh blockchain to verify questions regarding participant identities. Individuals don't need to re-submit their information, issuers and institutions don't need to re-identify users, and this streamlines the identity verification processes while also cutting expenses. This purpose-built blockchain is, in fact, more resistant and less open to attacks aimed at its reputation system.

Based on Compliance
General-purpose blockchains are unable to address issues with automation, computing costs, and other inefficiencies.

Based on Confidentiality
In a general-purpose blockchain, anyone can view the holdings associated with any public address; hence, token holders don't have absolute anonymity. Adding a second layer of secrecy protection can help keep transactions private, but the token issuer will not be able to meet compliance and ownership reporting needs.

However, with Polymesh, the amount an asset holder stocks and transfers are encrypted and kept confidential through zero-knowledge proof. The permissioned blockchain supports confidential transactions and enables issuers to configure the security token as private.

Based on Governance
General-purpose blockchains struggle with governance, specifically how decisions are made, maintained, and implemented. Coordination between blockchain nodes is essential for change management. Nevertheless, suppose a dispute over innovations and how they should be implemented cannot be settled. In that case, the blockchain may be hard forked or divided into two independent chains that operate entirely differently. This leads to legal and regulatory uncertainty.

Polymesh permits upgrades on the chain without forks seamlessly. Additionally, users can support updates and make proposals for them through the on-chain governance mechanism. This advanced governance mechanism allows the blockchain to grow and develop through integrated on-chain control.

Bottom Line
Polymesh provides solutions to drive business by facilitating the entire token journey, from creation to management. The blockchain offers a flexible token build with jurisdictional and regulatory compatibility while also being focused on promoting efficiency and transparency for security tokens.
The Polymesh team also focuses on stablecoin infrastructure, non-fungible token (NFT) implementation, privacy via the MERCAT protocol, and user onboarding to create a better security token environment.

Author: M. Olatunji, Gate.io Researcher
* This article represents only the views of the observers and does not constitute any investment suggestions.
*Gate.io reserves all rights to this article. Reposting of the article will be permitted provided Gate.io is referenced. In all other cases, legal action will be taken due to copyright infringement.

Crypto 101
Proof-of-work vs Proof-of-Stake: Which One is Better?