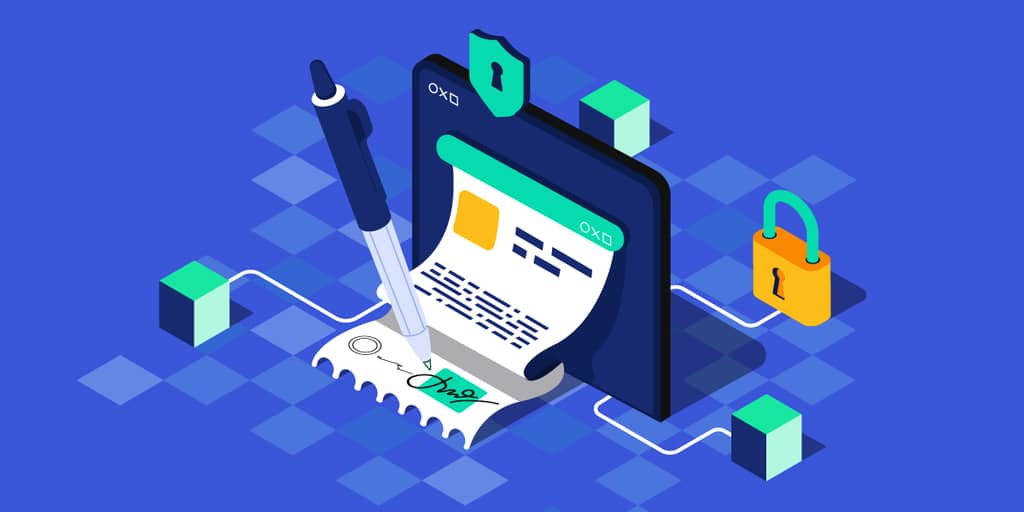 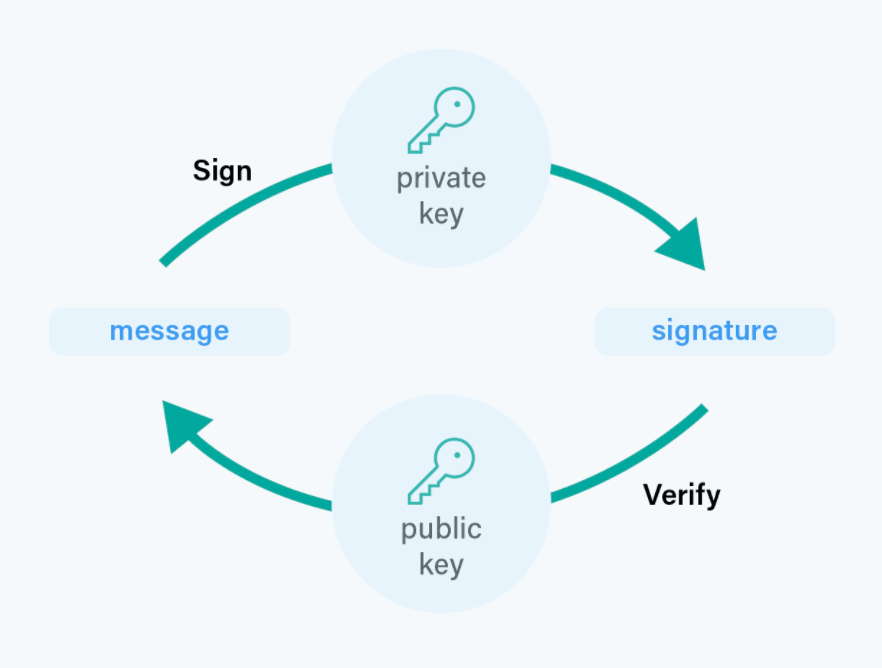 
Blockchain technology utilizes information security techniques such as cryptographic hashing and digital signatures. Blockchains are not the only technology where digital signatures and cryptographic hashing find use. However, they improve the security systems with distributed ledger technology. As we have progressed to flash storage devices containing vast amounts of information, communication has changed steadily over time. However, communications have always adhered to the best encryption practices to ensure that information is hidden from others. As a result, cryptography became a crucial tool for maintaining the security of sensitive data.

When using cryptography, the message's original content is converted into a cipher before being sent to the recipient. The recipient is the only person with access to the keys to decipher the cipher. Consequently, no third party could intercept the communication as it was being sent from one party to another.

What is cryptographic hashing?


Hashing is indeed the act of mapping data of any quantity and producing a unique mathematical value for it, often known as a "hash value," "message," or just "hash," in terms of safety and privacy. The hash value will change even if there is a slight change in the data.

It is impossible to invert the cryptographic hash algorithm and recreate the original data because this hash value is one-way and indeterministic.

The hashing function is frequently utilized when adding new blocks to the blockchain. Each block on the network is secured by cryptographic hashes and contains data. The owner of the data has the keys to these blocks. But as soon as the data is placed in a block, it becomes immutable, which means it cannot be altered or removed and remains there indefinitely.

Applications of cryptographic hashing in blockchain


The use of hashing in blockchain emphasizes the clarity of tamper-proofing. Every new blockchain starts with a genesis block, which records information about virtually everything that has occurred on the blockchain thus far. As a result, the hash function's output identifies the current state of the relevant blockchain.

It's also vital to remember that activities are added to the chain as they occur. The fact that the new blocks always record information from the previous block is crucial. Any alteration could alter the chain's hash, making identification of the alteration simpler and more accurate. Data structures that contain bloom filters or hash tables are a glaring example of a sophisticated application of hash functions. In these circumstances, the speed of data lookup, rather than security, is the primary goal of hashing. On the other hand, hash functions are also used in digital signatures since they are perfect for using a deterministic method to produce the same result for the same input.

Advantages of Cryptographic hashing in blockchain


Advantages of cryptographic hashing in blockchain include: 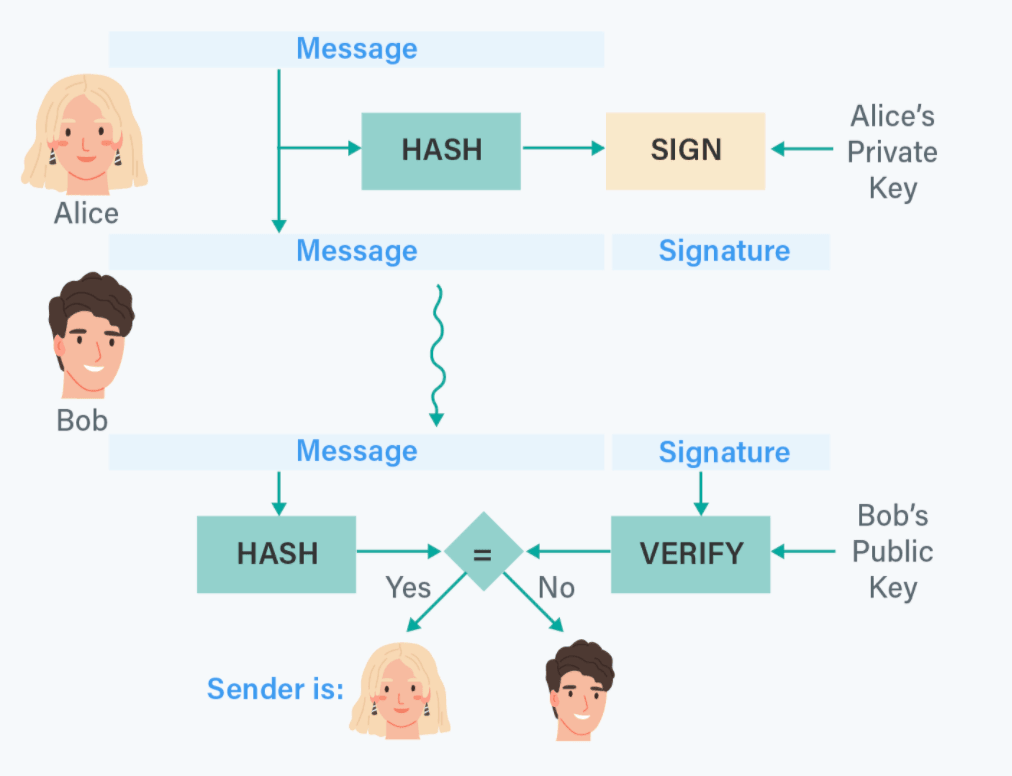 
Let's assume Alice is the CEO of a firm while Bob is the financial officer. Bob often sends messages to Alice to transfer a certain amount to some of the firm’s business partners. Bob wrote the message 'Transfer $2M to XYZ,' which, for example, in "Nerd Planet," is represented by the number "9394." She worried that Bob would believe the message wasn't sent by her (perhaps some hackers are impersonating his boss). For Bob to trust that the communication is coming from her, she would like to send it to him along with a digital signature.

What is a digital signature in blockchain?


Digital signatures, which can aid in building trust on the blockchain, are essentially cryptographic proof methods. Trust in the blockchain system might mean that it is possible to demonstrate that the communication came from a particular source, putting any worries about hacking or other irregularities to rest. Digital signatures can be considered electronic equivalents of handwritten or embossed seals.

They can provide improved security while lowering the likelihood of impersonation or identity theft. Digital signatures use mathematical connections to link two separate keys, an exceptional precedent set by asymmetric cryptography. A private key and a public key are part of the keys. With the use of a secure hash function, a digital signature system can be implemented.

Significance of Digital Signature in Blockchain


The significance of a digital signature in the blockchain is mainly based on two main goals, including

Relationship between Hashing and Digital Signatures

Stege 1: The blockchain first hashes the message or digital data by submitting it to a hashing process. The algorithm aids in producing a hash value or message digest when messages vary significantly in size but have hash values that are the same length when hashed. As we already know, it is the essential characteristic of a hash function and clearly influences digital signatures. Most blockchain applications require hashing to use fixed-length message digests throughout the process.

Stage 2: Signing is the second step in using a digital signature in a blockchain. After the information in the message has been hashed, the message's sender must sign it. Public key cryptography is crucial at this stage of the process. Even though they only use one type of asymmetric cryptography, many digital signature algorithms provide distinctive functions. Digitally signed messages are likely to have various digital signatures because they are closely tied to the content of each message.

Stage 3: Verification is the last step in the process of using a blockchain-based digital signature. Using a public key, recipients may quickly verify the accuracy of digital signatures. The signature could serve as the message's digital fingerprint.

Non-repudiation, authentication, and data integrity are fundamental goals that could be accomplished with the help of digital signature applications in the blockchain. Therefore, hacking and digital signatures have significantly contributed to raising the security level of blockchain technologies.

Data is all that the world of the twenty-first century consumes. However, reliance on data raises serious issues, including privacy and security. Blockchain applications are becoming much more in demand because of the solutions they provide in this regard. Therefore, you may get the most out of their potential if you comprehensively understand the relevance of hashing and digital signature in the blockchain.