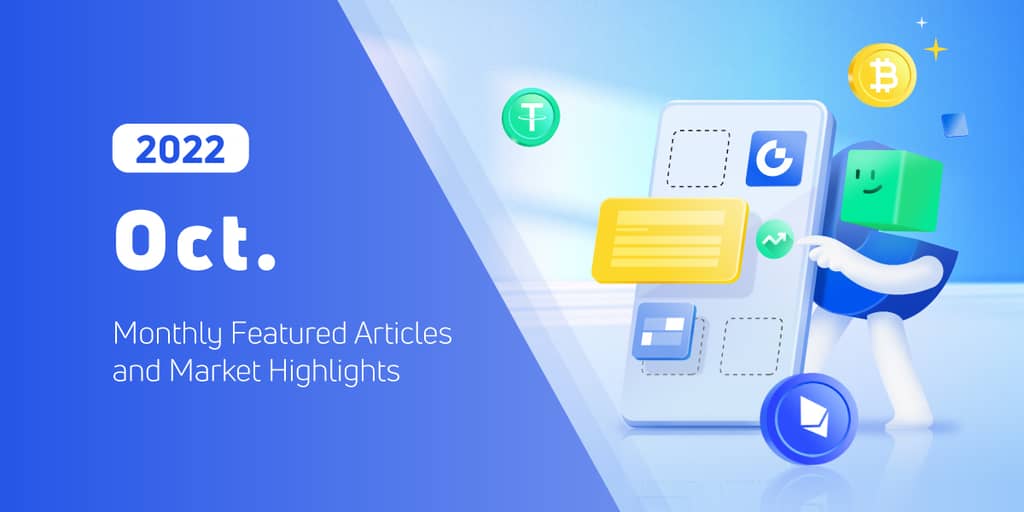 Gate.io monthly featured articles will include the most liked and most viewed entries from our October blog posts. We will also integrate the release of macro global events in the following month. Because the market is changing rapidly, our updates will help you capture the latest valuable information and ensure your access to quality articles.


🔹 McDonald‘s begins to accept Bitcoin and Tether In Swiss Town.

🔹 US Treasuries hit a record high of $31 trillion, causing further concern in the market.

🔹 The BNB Chain BSC Bridge was hacked, and 2 million BNBs were stolen.

🔹 The Lack of liquidity In the US Treasury triggers worry about default.

🔹 Sino-US Tension On The Rise Coupled With An Inevitable US Recession.

“Apple's cleverness is to let others try first and dominate the market by themselves because most of the technologies adopted by Apple can become mainstream in the future.”

“In order to become a successful trader an investor should have a clear plan and diversify his/her portfolio.”

“The RSI is a momentum indicator which is reliable if used with other indicators such as MACD and EMA indicator.”

“As one of the top brands of Move's public chain, whether Sui can “revolutionize" the public chain and truly change the existing public chain pattern in an innovative way remains to be seen.”

👀 Hot Spots in the Crypto Space 👀


🔷How to Choose Suitable Crypto Derivatives

“The most significant advantage of crypto derivatives is that they allow traders to take on more exposure (i.e., potential gain or risk) to the underlying crypto asset than they currently own.”

🔷What is the Meaning of a Mainnet in Cryptocurrency?

🔷Can XEN "bring the dead back to life" facing safeguard rights upon landing?

“Objectively speaking, XEN should be regarded as a social experiment, in which the game between human nature and interests gives dull investment a different flavor.”

“Now, "quantum entanglement" has been proven to exist for the first time, and has officially stepped onto the stage of world science, which is also the foundation of high-speed computing in the future.” 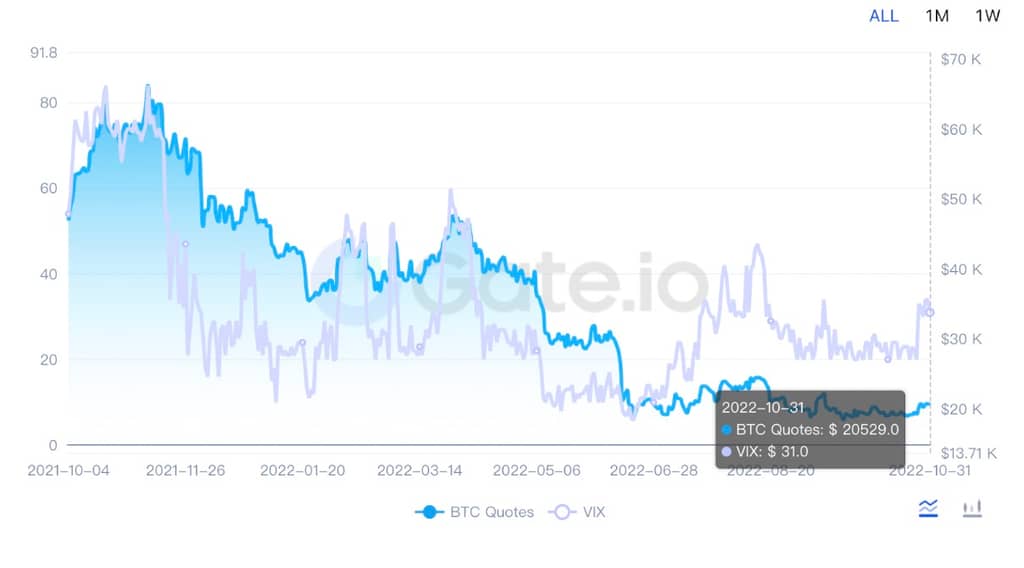 Since late August, the Fear & Greed Index of the BTC market has been hovering in the "Extra Fear", especially when the global economy is in recession, making investors more cautious.

This year, the correlation between the crypto market and the stock market reached an unprecedented height. On the 27th of this month, the correlation between BTC and ETH and the NASDAQ index reached 0.52 and 0.63 respectively. In addition, the third-quarter financial statements released by large technology companies this month were also disappointing - Microsoft's third-quarter revenue fell 14% year on year, while Google's parent company Alphabet's fell 27% year on year. Since this year, Microsoft's share price has dropped nearly 26%, Apple's has dropped nearly 15%, and Meta's decline is the largest among several large technology companies, falling nearly 60%.

However, the large-scale selling and collapse that people feared did not happen, and Black October finally passed through "safely".

In the following days, we need to focus on the upcoming Federal Reserve meeting. According to a survey conducted by Chicago Mercantile Exchange, the market now believes that the possibility of the Federal Reserve raising interest rates by 75 basis points in November has reached 94.2%. If the 75 basis points increase is realized, the policy interest rate will rise to 3.75% - 4%. 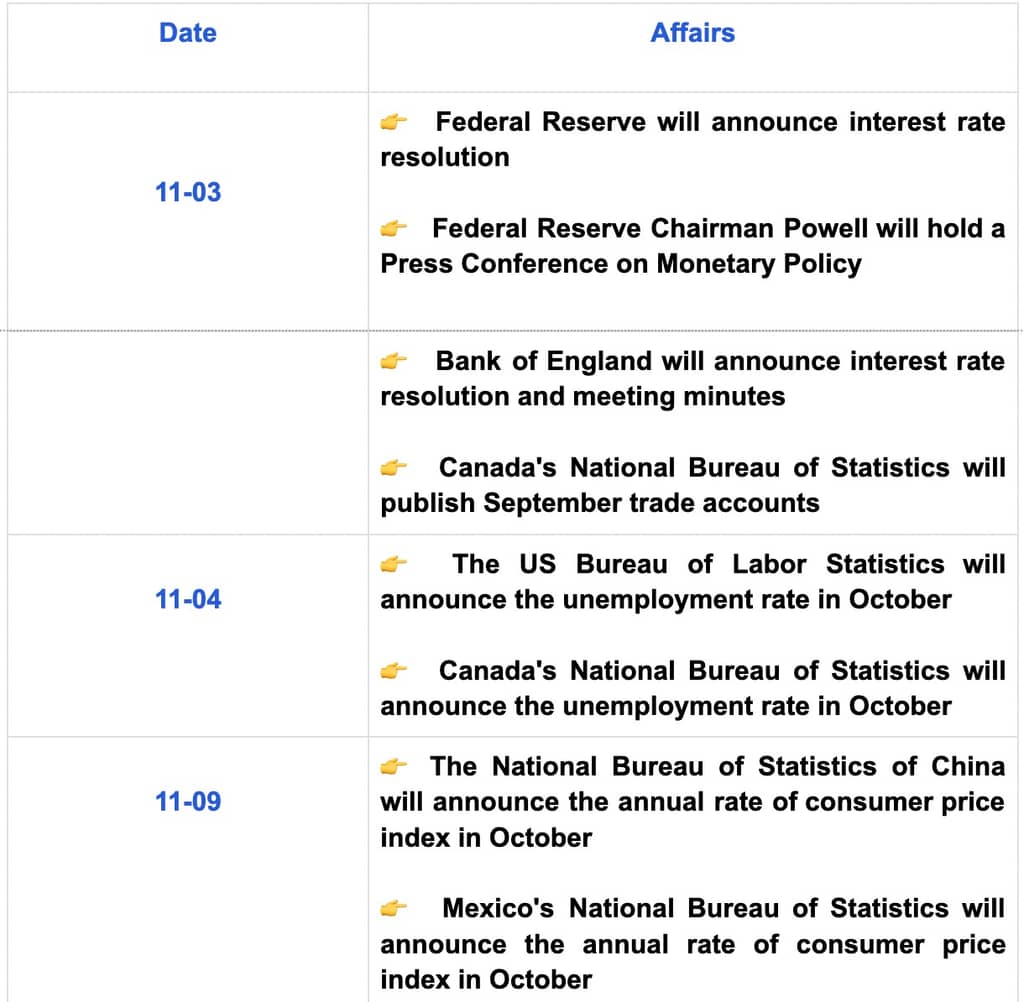 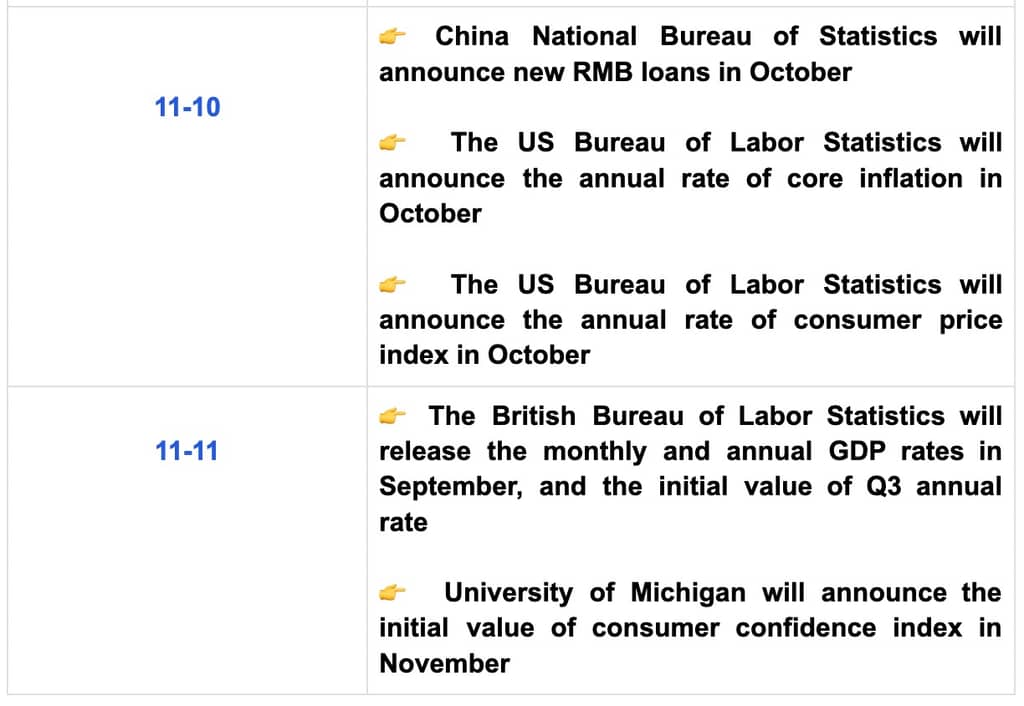