Gate.io Blog Gate.io Observation: If you Missed BTC, Do not Miss Out on NFT and the Meta Universe
Hotspot

Gate.io Observation: If you Missed BTC, Do not Miss Out on NFT and the Meta Universe 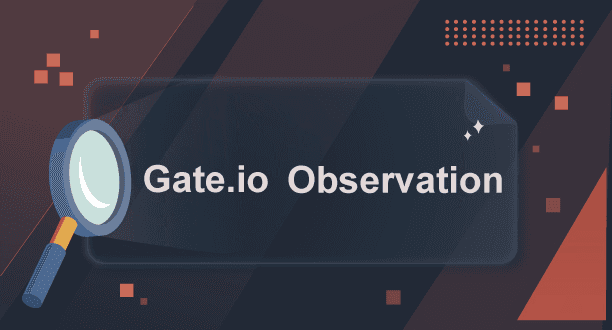 Liu Cixin, the author of the famous science fiction novel "The Three-Body", once said that, as humans, we have two paths towards the future: one outward, leading to the sea of stars in outer space, and another one inward, leading to virtual reality. The rapid development and iteration of technology has brought science fiction into reality, and we are fortunate to live in a time where we have witnessed the vigorous development in both of these two paths.

As of July 2021, mankind has built two space stations in outer space. They are the International Space Station, jointly operated by the US National Aeronautics and Space Administration, the Russian Federal Space Agency, the European Space Agency, the Japan Aerospace Exploration Agency and the Canadian Space Agency. and the Tiangong space station independently developed, constructed, and operated by China. On the morning of July 4th, two Chinese astronauts successfully exited the capsule and allowed mankind to be a step closer in understanding outer space.

On the other hand, the meta-universe, which is built based on technologies such as: blockchain, AR, VR, 5G, AI, Internet, brain-computer interface etc. These technologies bridge between mankind and virtual reality. In June 2021, 9 virtual lands in Axie Infinity were sold for as high as 888.25 ETH, which is 1.5 million U.S. dollars. While people are shocked at the sky-high virtual land, they also realized that development and investment potentials for the Metaverse are largely underestimated, increasing the probability of an era of virtual civilization dominance coming in the foreseeable future.

The virtual meta-universe, the next stop for our civilization

From the perspective of human economic activities, in every process of human civilization, currency is the key element to promote this process. With currency, economic activities will be ignited. Before the birth of blockchain technology, there was no medium for transactions in the digital world. Before the birth of cryptocurrency, anything could be copied infinitely without scarcity. Therefore, the concept of a meta universe that can only exist intangibly can not be accomplished. Nowadays, VR, AR, AI, 5G, Internet, sensors and other technologies are becoming mature. The underlying technical support of the blockchain and the existence of cryptocurrency have made creating an intangible meta-universe possible.

From the perspective of human production activities, every process of human civilization is also working hard to break the limitations of time and space. From letters, e-mails, telephones to video calls, from carriages, bicycles, cars, ships to airplanes, we, as human beings, do everything we can to shorten the time and distance limits and achieve interconnection. The world of the metaverse will break all limitations and allow the meta-universe to have motivation for its realization in production activities.

McLuhan believes that the media is the basic driving force of social development. The emergence of every new media creates a new way of social life and social behavior. The dominant media affects the way human beings perceive and understand the world. He divides the development of media into: spoken language- the Pinyin era, the print media, and the electronic media. With the intensive digital revolution, blockchain and meta-universe allow us to see the next stop in advancing our civilization-the virtual era of meta-universe.


As the pass of the encrypted digital world, crypto coin has been dominated by FT (Fungible Token) in the past ten years. At present, most of the tokens on the market are FT, and it is well-known for its characteristics of homogeneity. With the increasing popularity of NFT (Non Fungible Token), it is well-known for its characteristics of irreplaceable, unique and indivisible, and can be applied to many scenarios. Its application in art and collectibles have become the most important application scenarios for NFT. The birth of diversified NFT trading platforms, the continuous improvement of public chain and cross-chain technology, and the development of multiple contracts have contributed significantly to lowering the entry barrier of NFT.

In particular, the birth of the world's first centralized NFT platform, Gate.ioNFT Magic Box, has brought significant advancement to lowering the entry barrier of NFT. It provides each user with a one-click coin minting service , enabling NFT to enter the public and giving every ordinary person the right to participate in NFT equally. The prosperity and development of any world cannot be separated from tiny individuals and it is these tiny individuals who create infinite value and promote the operation of the entire ecosystem; the development of the meta-universe is no exception. Funds and technology can only build the empty shell of the meta-universe. What makes it truly operational and sustainable are users, composed of each individual. At present, the huge user system that is compatible with NFTs will be the pioneers in the meta universe, and these NFTs will also become the earliest digital assets in the meta universe.

Conclusion: NFT may become the key to the meta-universe


Many people will question the value of NFT collections. Since there is no tangible application of NFT, what is the use of holding these assets? The final answer may be found in the meta-universe. Any game props are meaningless without the game, and any virtual peripherals or virtual artworks, without the support of the virtual world, will not be able to maximize their value. Ultimately, the meta-universe will become the best container for these virtual goods. According to the data of Coingecko on June 30, the market value of NFT tokens currently accounts for about 1.1% of the total market value of the entire cryptocurrency. It is still in the early stages of development. Now is the best time to mint the NFT and hold the NFT as NFT may, one day, become the key to unlocking the meta-universe.

Looking back at the time when the BTC was received for free in 2008, now each has a market value of US$32,000. Looking back at the CryptoPunks, which were received for free in 2017, they are now sold at a maximum of US$11.754 million. The increase in the NFT market continues, and market competition has also made it easier for ordinary people to enter the NFT market. its potential and value space are limitless and stop missing out on Meta Universe and NFT.

*This article only represents the views of researcher and does not constitute as any investment advice.
*Gate.io reserves all rights to this article. Reposting of the article will be permitted provided Gate.io is referenced. In all othercases, legal action will be taken due to copyright infringement.

Share with：
Follow us：
Trending
Crypto market will be in upheaval in September. How will investors survive?
What Is the LUNC Tax Burning Proposal?
What Is the Future of Ethereum?
High Possibility of a 75 Point Rise in Federal Fund Rate in September
Daily Flash | Global FX markets are tanking as inflation spreads through the world, and what’s happening with Ethereum Shanghai upgrade?
Claim 20 Point now
Exclusively for Newcomers: complete 2 steps to claim Point immediately!