Why Are Stablecoins Always Depegging?

Stablecoins are cryptocurrencies that maintain a constant price over a long period.

Sometimes, certain stablecoins depeg due to various causes such as panic in the market.

Our experiences have shown us how important cryptocurrencies are as they facilitate smooth international financial remittances. However, they have a dark side, their high price volatility which reduces a person or entity’s net worth within a short period. To counteract these rampant price fluctuations different blockchains introduced cryptocurrencies with high stable values. We are referring to stablecoins which are cryptocurrencies that do not lose their values oftentime.

Nevertheless, there is a nasty scenario in the crypto space where the values of stablecoins plummet through a process called depegging. Depegging takes place when the value of a stablecoin falls below the stated one.

For example, a stablecoin pegged at a ratio of 1.1 to the United States dollar may have a market price of $0.90. Depegging can be temporary or permanent. Permanent depegging results in a total crash of the coin like what happened to Terra USD (UST). 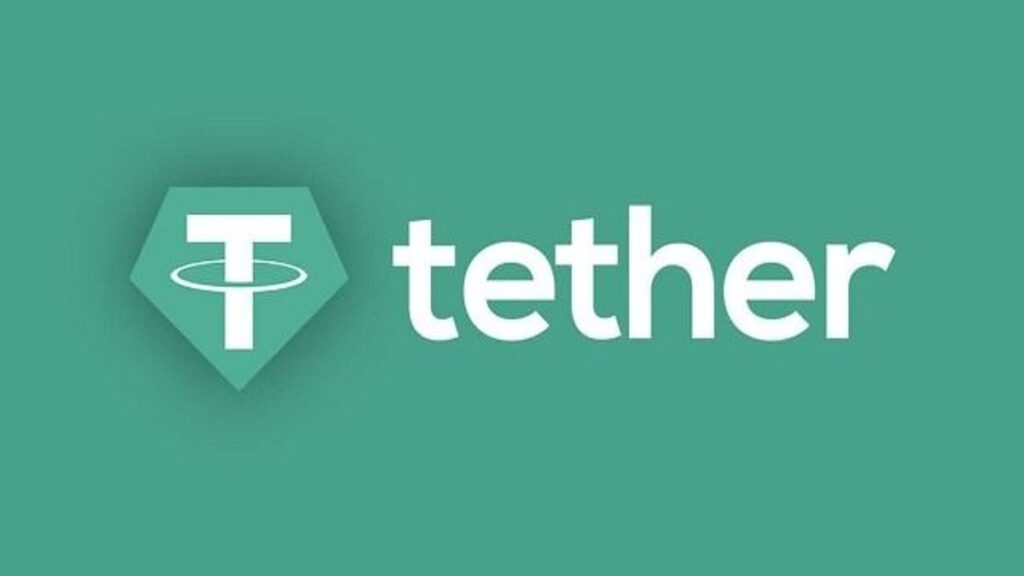 This type of stablecoin is backed by fiat currency such as the United States dollar, the British Pound or Chinese Yuan. For example, a United States pegged stablecoin such as Tether USD (USDT) maintains a price of $1.00 at all times, unless it depegs. USDT is the largest stablecoin based on market capitalization, followed by USDC. Usually, fiat backed stablecoins maintain their pegs.

As the name implies, crypto collateralized stablecoins are pegged against the value of specific cryptocurrencies such as ethereum. MKR and DAI, belonging to MakerDAO, an ethereum-based blockchain, are examples of such stablecoins. MakerDAO uses a smart contract to maintain the values of MKR and DAI. The value of this type of stablecoins have remained stable over the years even when prices of ETH and BTC fluctuated significantly.

These are a type of non-collateralized stablecoins whose value is determined by the changes in their supply. The peg is maintained through minting of new coins and burning of existing ones. What this means is that they maintain the value of the United States dollar without having any reserves. Basically, the smart contract keeps the right balance between the supply and demand of the token. UST was a good example of an algorithmic stablecoin. Another such stablecoin is the USDD, based on the Tron blockchain. So far, algorithmic stablecoins are the ones with the highest incidences of depegging. 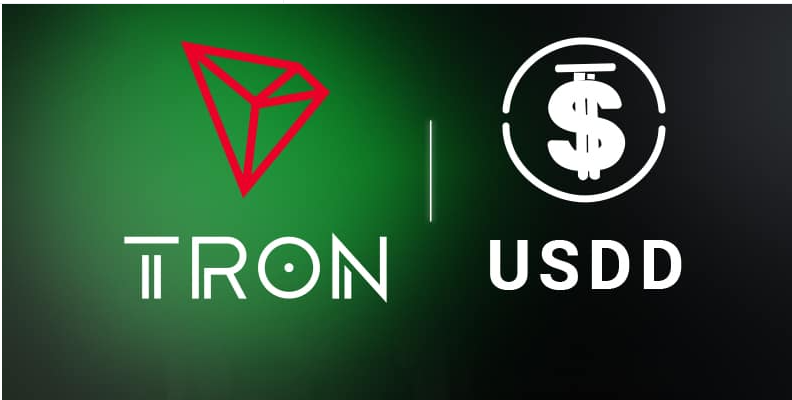 Examples of stablecoins that depegged

There is a long list of stablecoins that depegged over the years. However, some of them experienced short term depegging as they would return to their peg after a short time, say a day or two. In most cases, their values would fall by small margins such as 10 cents.

Terra USD (UST) is a major casualty of depegging. This algorithmic stablecoin lost its peg in May 2022. Sadly, it never recovered since it underwent the death spiral. USDN, HUSD, AUSD MIM, and USDD all lost their pegs in 2022. Due to high incidences of depegging, many people want to know the possible causes.

Why do stablecoins depeg?

The recent cases of depegging give us hints of the potential causes.

Panic in the market

When the market grows fear pertaining to a certain stablecoin it may depeg. This broad fear causes much selling pressure as the users aim to get fiat cash. However, it is important to note that such fear may trigger such high withdrawal volumes.

Panic selling of Tether USD (UST) contributed much to its death spiral. A few weeks before the UST depegging, the market had gathered the information that Tether USD had not enough reserves to redeem all its tokens. What caused the market to panic more was the fact that Tether’s financial disclosures did not give enough and tangible proof of owning sustainable reserves.

When several UST holders started withdrawing the token, investors realized high liquidity withdrawals from Curve, a DeFi exchange for trading cryptocurrencies. This increased the fear in the market resulting in further withdrawals. From that time, the withdrawal spiral increased.

Although this is a less likely cause of depegging of stablecoins than others, it is a possibility. A speculative attack is a situation where many investors borrow much of a cryptocurrency and dump it on the market. Dumping the cryptocurrency on the market pushes its price down. 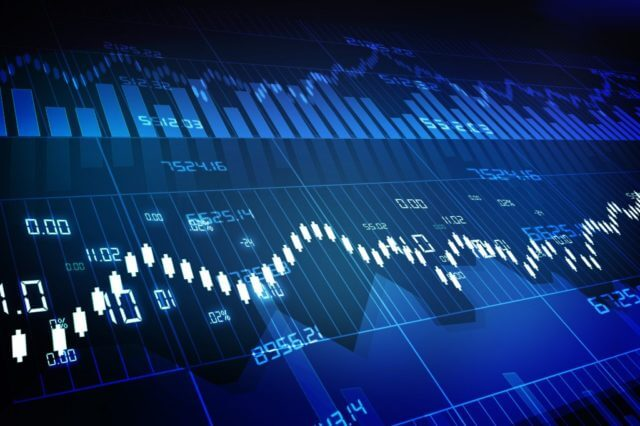 
In terms of cryptocurrencies, this allows the speculators to benefit financially since the funds they would have raised through dumping the tokens enable them to buy more when their values decline. In the end, they go back and repay the loans. This process has the impact of causing short term depegging of stablecoins. The costs of speculative attacks are the interest rate on loans and the collateral charges.

In some cases, stablecoins depeg due to changes in regulations that force blockchains to alter their fundamental rules. At times, when national governments introduce new regulations blockchains respond accordingly to comply with the changes.

This is the possible reason for the short term depegging of HUSD. This is because there was closure of accounts of several market makers in some countries as a result of change in regulations.

At times, the team behind a stablecoin fails to respond to changes or concerns on time. This was the likely cause of the depegging of USDD. Do Kwon, the founder of the blockchain, did not give timely feedback to the community when a disaster was imminent. In the end, fear and anxiety developed in the community.

Similarly, Tether committed the same mistake. It was not transparent on the nature of its reserves as well as its operations. This created distrust and anxiety within its community.

Changes in interest rate and other fundamentals

When interest rates spiral down closer to zero, fiat collateralized stablecoins become strained. With the traditional financial sector, if the central banks reduce interest rates the money market alters the interest rate, thus shielding investments to avoid erosion of the investors’ principal amounts. This is not the same with the crypto sector as it cannot pass down the yield to investors.

Exporting funds from the crypto sector

There is a tendency for investors to export funds from the crypto sector to the traditional financial sector if the market significantly dips. This is because there is no way in which crypto organizations can stop the cashing out of cryptocurrencies. Notably, central banks have the capacity to stop cash withdrawals.

The other danger is that the investors can see from the public ledger the massive withdrawals of cryptocurrencies. Therefore, they follow suit, creating an imbalance between reserves and the supply of the coins.

Stablecoins are meant to have a constant price since assets back them. However, recent events have shown that stablecoins can depeg at any time if some prevailing conditions or fundamentals change. UST, USDN, HUSD, AUSD MIM, and USDD are examples of stablecoins that depegged in the past. Unfortunately, UST completely crashed while the others recovered.

BTC + 0.22%
ETH + 0.31%
USDD -0.05%
GT -1.27%
Share with：
Follow us：
Trending
Crypto market will be in upheaval in September. How will investors survive?
What Is the LUNC Tax Burning Proposal?
What Is the Future of Ethereum?
High Possibility of a 75 Point Rise in Federal Fund Rate in September
Daily Flash | Cryptocurrencies rose on US markets relief rally but Global bond yields are not looking good for the economies
Claim 20 Point now
Exclusively for Newcomers: complete 2 steps to claim Point immediately!