The Legal Framework Covering Cryptocurrency and Blockchain Technology in USA 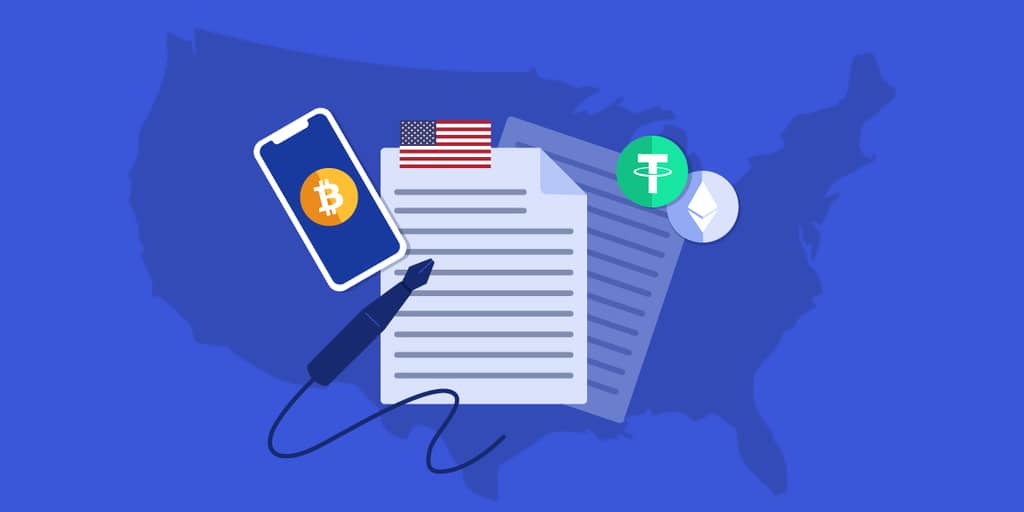 The 118th Congress has established over 50 bills that lay the foundation for a cryptocurrency legal framework.

The responsible Financial Innovation Act differentiates among cryptocurrency classes such as crypto securities and commodities.

The United States aims to legally recognize decentralized autonomous organizations (DAOs) and their role in the economy.

The United States is making frantic efforts to create a comprehensive blockchain legal framework for the development, use and trading of digital assets. Already, the 118th US Congress has established over 50 bills earmarked to govern the blockchain sector. This cluster of bills will create a crypto regulatory framework which will guide the development, issuance and use of digital assets, including non-fungible tokens (NFTs). The bills are categorized into three sections namely crypto taxation, central bank digital currency (CBDC) and crypto clarity on regulatory treatment supporting blockchain technology. This article will cover the key aspects of the blockchain and crypto regulatory framework in the United States. It is important to note that most of these have not yet been passed into law.


This piece of regulation gives a clear direction to federal agencies on their responsibilities and accountabilities in handling cryptocurrencies and other digital assets. For example, it gives authority to the CFTC over specific components of the crypto market such as spot trading. It also clarifies various types of cryptocurrencies such as stablecoins, crypto securities and commodities. In addition, it gives clear cut definitions of blockchain related terms such as broker and cryptocurrency.

In response to the collapse of major cryptocurrencies such as TerraUSD, there is a provision that blockchain firms should keep adequate reserves and publicize the details. Companies that sell digital assets should inform the SEC about the proceeds from such activities. It also calls for the establishment of an advisory committee which will help lawmakers to understand and appreciate the evolving blockchain technology. Other provisions cover the creation of self-regulatory organizations and the related disclosure requirements.

In addition the bill stipulates that transactions with a gross gain of $200 or less should be excluded from taxation. Another interesting provision is that taxation from crypto mining and staking activities be deducted after the disposal of the cryptocurrencies rather than when the investors receive them.

For the first time, the United States laws aim to recognize decentralized autonomous organizations (DAOs). The bill defines DAOs as, “ organizations which utilize smart contracts to effectuate collective action for a business, commercial, charitable, or similar purpose, and that are properly incorporated or organized under the laws of a state or foreign jurisdiction as a decentralized autonomous organization, cooperative, foundation or any similar entity.” For the purpose of taxation, DAOs are classified under “business entity which is not a disregarded entity.”

This is another piece of regulation the Americans and the rest of the world would like to know about. This is because other countries will copy what the United States does. The most important provision is that the Board of Governors of the Federal Reserve System, the Commodity Futures Trading Commission (CFTC), the Federal Deposit Insurance Corporation (FDIC), the Comptroller of the Currency (OCC), the Department of the Treasury (Treasury) and the Securities and Exchange Commission (SEC) should research on the possibility of introducing the central bank Digital Currency (CBDC) as well as its impact on the economy. The bills- the H.R. 6415 and the E-Cash Act (H.R. 7231) - give additional details on CBDC.


If approved, this bill empowers the SEC and CFTC to create a functional group which will clarify the roles of these agencies in dealing with blockchain issues. The same group will also differentiate among different digital assets such as crypto securities and commodities. Other digital assets include stablecoins, CBDC and non-fungible tokens.


This bill aims at providing protection from terrorists who use digital assets as a source of income. It covers potential rewards to citizens who provide information that may lead to the prosecution of individuals and organizations dealing with the blockchain who pose security threat to the country through terrorist and related activities.


One of the biggest contributions of this bill in the crypto sector is the definition of terms, especially broker. For example, it expands the definition of broker to include “any person who (for consideration) stands ready in the ordinary course of a trade or business to affect sales of digital assets at the direction of their customers.”


This bill, if approved, will prevent the federal authorities to treat blockchain developers and related services providers as money transmitters and or financial institutions unless “...the developer or provider has, in the regular course of business, control over digital currency to which a user is entitled under the blockchain service or the software created, maintained, or disseminated by the blockchain developer.”


The aim of this bill is to differentiate investment assets such as cryptocurrency and securities.


If passed, this bill, gives the federal authority the right and obligation to register and supervise the custodians of digital assets. It also empowers the authorities to register trading venues for digital commodities.

The focus of the existing bills is to regularize the existence of cryptocurrencies and other digital assets in the United States. Some pieces of regulations help to protect consumers and the country in general from illegal dealings in blockchain based assets.The bills also cover some concerns of individuals and institutions related to the blockchain technology. Since most of the bills await passing and presidential consent, they open room for debate on critical issues as well as seeking input from other stakeholders. There are currently over 50 bills which the 118th Congress is working on.