Gate.io Blog What Is The Impact On The Market, As The Federal Reserve Continues To Raise Interest Rates
Common Knowledge

What Is The Impact On The Market, As The Federal Reserve Continues To Raise Interest Rates 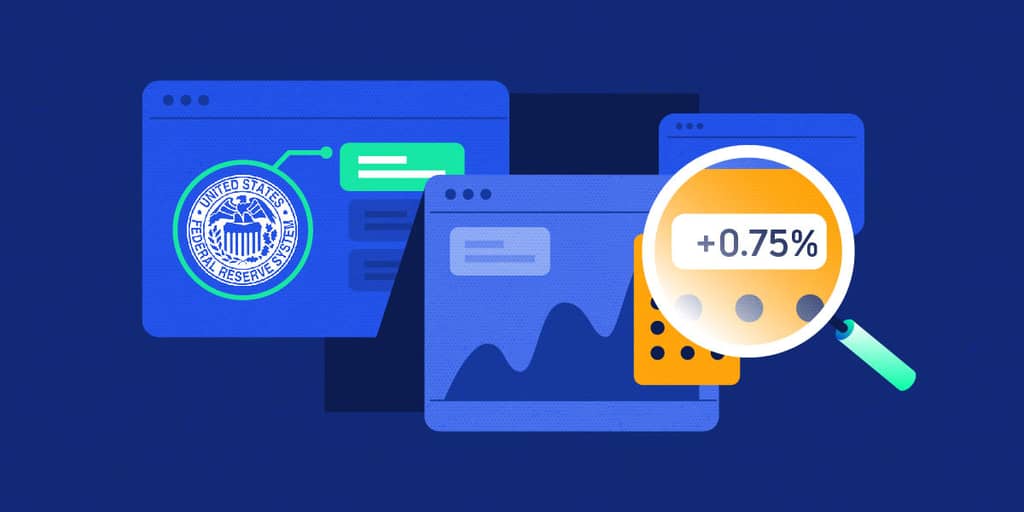 The U S Federal Reserve has raised the interest rate three times in 2022.

It is expected that the next increase will be in July and will be raised by 0.75 percentage points.

The incessant increase is believed to be a control measure against the rising inflation in the United States.

Inflation has risen to an all-time high in the last 41 years and currently stands at 9.1%

The direct cause of the inflation is the coronavirus pandemic and the prolonged lockdown period.

Other nations such as Switzerland and England have raised their interest rates to 50 and 25 base points, respectively.

The increased interest rate is believed to have pulled back stocks and caused market volatility.

The increased interest rates have badly hit the crypto market.

Greg McBride sighted the example of Bitcoin, which has fallen by about 68%, and Ethereum, which has declined by 70%.

Coingecko revealed that 72 out of the 100 top crypto tokens have fallen by more than 90% from their all-time high value.


The Federal Reserve has increased the interest rates three times in 2022. The benchmark funds rate is expected to increase by 0.75 percentage points or a full percentage point.

While the rise in the interest rate is considered a control mechanism, it impacts the market.

In this article, we shall identify the impacts of the continuous increase in interest rates by the Federal Reserve.


At the July 26-27 meeting, the Federal Reserve is set to increase interest rates after raising them three times since the beginning of 2022. The last hike in interest rate occurred on June 15.

In May 2022, inflation climbed to 8.6% in the United States. This inflation rate surpassed experts' projection of 8.2% and is considered the highest inflation rate since 1994. It is important to know that every country is affected by inflation, which is one of the aftermath effects of the Coronavirus pandemic and the prolonged lockdown period.

What then is the impact of the continuous rise of interest rates on the market?

Impact Of Continuous Rise of Interest Rates On The Market


Experts assert that the higher interest rates have started playing out on all financial markets such as stocks, cryptocurrency, commodities, and other investments.

Greg McBride, the chief financial analyst at Bankrate, said, “From the beginning of 2022, stocks have pulled back, and interest rates have increased due to expectations that the Federal Reserve would hike interest rates repeatedly to corral inflation.”

Don Raju, the Chief Executive Officer (CEO) of Tradier, said, “Rising interest rates will always trigger a period of stock market volatility and that since the Fed has indicated multiple interest rate increases, that means we are going to have a year of continued volatility.”

Greg McBride said, “Assets that have benefited most from ultra-low interest rates….. And non-cash-flow-generating assets like cryptocurrencies- have been hit hardest as markets adjust to the reality of higher interest rates.

In bolstering the point of Greg McBride, a look at the cryptocurrency market shows that Bitcoin, the foremost crypto token, has fallen by about 68%. Ethereum, the second largest crypto token, also fell by about 70%.

According to data available at Coingecko, during the period of increased interest rate, the crypto market fell into its bear phase, and a whopping 72 out of the top-100 tokens by market capitalization have fallen by more than 90% from their respective all-time highs.

When Jerome Powell, the Chairman of the Federal Reserve, confirmed last year that a continuous increase in interest rate would occur in 2022, some experts and industry players already predicted that higher interest rates signal a lower appetite for high-risk investments such as cryptocurrency. So, should the Federal Reserve increase the interest rate (which they are already increasing), the crypto market will experience a decline in price value at various times.


The continuous increase in interest rate is the decline in the price value of major crypto assets and low investment in other financial markets such as stocks.

Experts assert that the market's decline or bearish phase will only last for a while. Oliver Gale, the Co-founder and CEO at Panther Protocol, said, "By then, inflation will have been tamed a bit, and in turn, we will resume an upward trajectory for crypto."

This article represents only the researcher's views and does not constitute any investment suggestions.