Gate.io Blog Why Google Is Developing Its Blockchain
Hotspot

Why Google Is Developing Its Blockchain 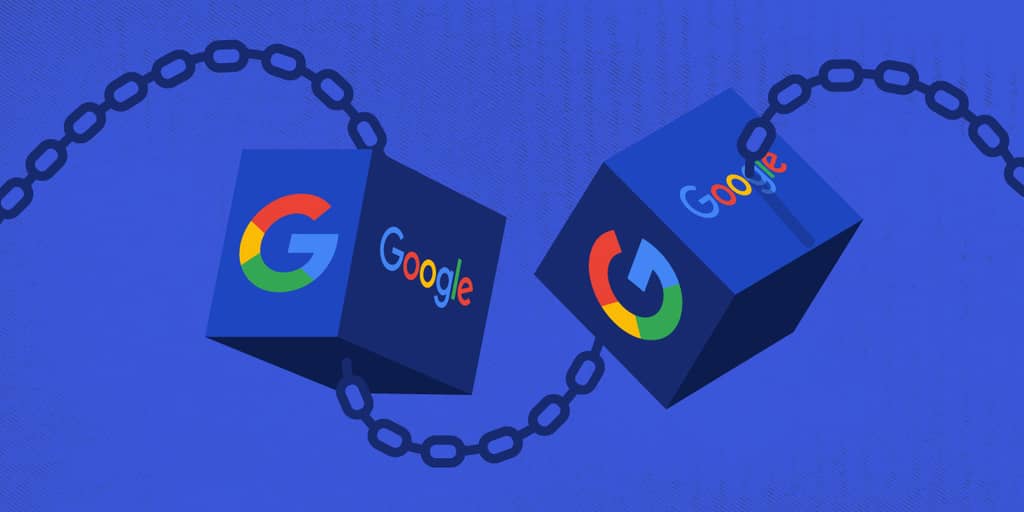 Since 2017, Google has been exploring ways to develop its blockchain and integrate it into its packages.

With over 4 billion users, whatever step Google takes becomes the talk of the town.

Even though Google has not launched a fully functional blockchain technology, it has provided funding and technical assistance to several blockchain projects.

One of the blockchain projects developed by Google is BigQuery for developers.

Google and Paxful also collaborated to launch a peer-to-peer online crypto platform for crypto holders and traders to trade their digital assets on Google pay.

Coinbase and Google partnered to allow crypto users to pay for their products and services with a coinbase visa card.

Google and Theta Lab formed a partnership for Google to deploy nodes on the Theta Lab network.

There is no clear explanation as to why Google is wholly developing its blockchain and how the developed blockchain will be deployed.


As far back as 2017, Google has been exploring ways in which it can incorporate blockchain technology into its suites. As the foremost search engine with nearly four billion users worldwide, whatever steps are taken by Google become the talk of the town.

No doubt, the news that Google is developing its blockchain has continued to spread like wildfire. Amidst the news spread, only a handful of industry players know how Google intends to deploy the blockchain technology.

Not to worry, this article will identify the various ways in which Google can deploy the blockchain, the reason for developing its blockchain, and some other essential details about the development.


Since 2017 when the news revealed that Google is developing its blockchain, there have been various speculations and assumptions. So it wasn't surprising when Google introduced some blockchain projects to its existing pies.

While most of these projects are not fully launched by Google, some are being funded with corresponding investment rounds by Google, while others are receiving technical assistance from the Google team. They include;


Google’s first significant foray into blockchain is BigQuery. Even though BigQuery is an ambiguous tool and can only be used by tech-savvy individuals to access its data. When you go to the SQL workspace, it will show that BigQuery works with the Application Programme Interface (API).

To use the BigQuery tool, you need to obtain confirmation of your project from the Google team by sending an email. Once you fill in the required details, you can explore the developer tool. The primary function of BigQuery is that you can build blockchain applications with Google cloud.

Other functions of the BigQuery tool include

- Users can obtain updated datasets of cryptocurrencies with 24 hours updates.
- You can create double-entry accounting ledgers such as Bitcoin and Ethereum datasets.
- Users can request transactional data and intricate details such as a protocol’s smart contract analyzer.
- BigQuery provides mining datasets. Users can see the complete picture of mining activity, such as the fees they charge, determine whether they use transaction accelerators, which address they use, and how often they use them.
- Users can build various histograms and view multi-chain crypto econometrics.

Paxful wants Google to help it integrate crypto and fiat payment methods. Google agreed to the partnership, making it possible and seamless for crypto holders and traders to buy crypto tokens like Bitcoin using their Google pay mobile apps.


Coinbase, a crypto trading and exchange platform, partnered with Google to enable instant transaction processing with any coinbase vendor. The partnership combines vendors’ or traders' coinbase wallets with Google pay and their crypto fund pools.

In this collaboration between Coinbase and Google, crypto users can now pay for their products and services using crypto tokens from their coinbase balance. This payment feature comes with a Coinbase Visa card.


In May 2020, Google cloud collaborated with Theta Lab, a blockchain development company and a decentralized video streaming platform, to enable users to deploy nodes on the network. In this collaboration, Google will act as the node-validator for the European area and users from this region.

Theta Lab has partnered with technology giants such as Samsung and Binance. This collaboration with Google makes Google the twelfth validator for Theta Labs.

In the partnership between Google and Dapper Labs, Google cloud will serve as the network operator for Dapper Labs flow (FLOW) blockchain. This FLOW blockchain powers the gaming, NFT, and app ecosystem of Dapper Labs. In addition, Google will provide the security infrastructure for Dapper Lab, and users will be able to access the Flow blockchain through the Google cloud.


In 2021, Google Ventures, the investment arm of Google, made a considerable investment in Blockchain.com’s $120 million funding round. While the amount invested by Google is unknown to the public, investing in such a wallet service and block explorer signifies interest in Google in the blockchain.

Blockchain.com is one of those crypto platforms that has received financial backing from Google.

Why Is Google Developing Its Blockchain


Blockchain technology has received increased attention and gathered buzz over the years. Seeing business giants and multinational organizations adopt blockchain technology is one of the primary reasons Google is developing its blockchain. It is a situation of “if you can’t beat them, join them!”

Another reason Google is developing its blockchain is to complement its cloud service. Businesses and corporate organizations are becoming wary of having a single company host their business data and operations alongside the risk associated with a single host.

Since the blockchain technology is decentralized and enables you to share the host service among stakeholders, businesses are adopting the blockchain-based cloud service. On this premise, Google is developing its blockchain-enabled cloud service to keep its patrons and attract more users who no longer want a single cloud host.

Finally, Google has always played an active role in technological advancement. It is therefore stepping up again in developing its own distributed digital ledger as that is the new trend in the finance (Decentralized Finance) ecosystem.

Even though the development of the distributed ledger has not been published, an insider report states that the distributed digital ledger will allow third parties to post and verify virtual transactions. Google might be open to offering private blockchains.


Google has made its name a robust tech platform, and it is, therefore, suitable for such a platform to become a stakeholder in Blockchain technology. Even though people have been gathering hints about Google developing its blockchain, it has yet to publicize the development details fully.

Experts assert that Google’s operation can be likened to blockchain technology. They said Google has been functioning like a blockchain since its inception.

This article represents only the researcher's views and does not constitute investment suggestions.

Gate.io reserves all rights to this article. Reposting of the article will be permitted, provided Gate.io is referenced. In all cases, legal action will be taken due to copyright infringement.