Gate.io Blog Why Is There Sharp Decline In The Price Of Cryptos Recently?
Hotspot

Why Is There Sharp Decline In The Price Of Cryptos Recently? 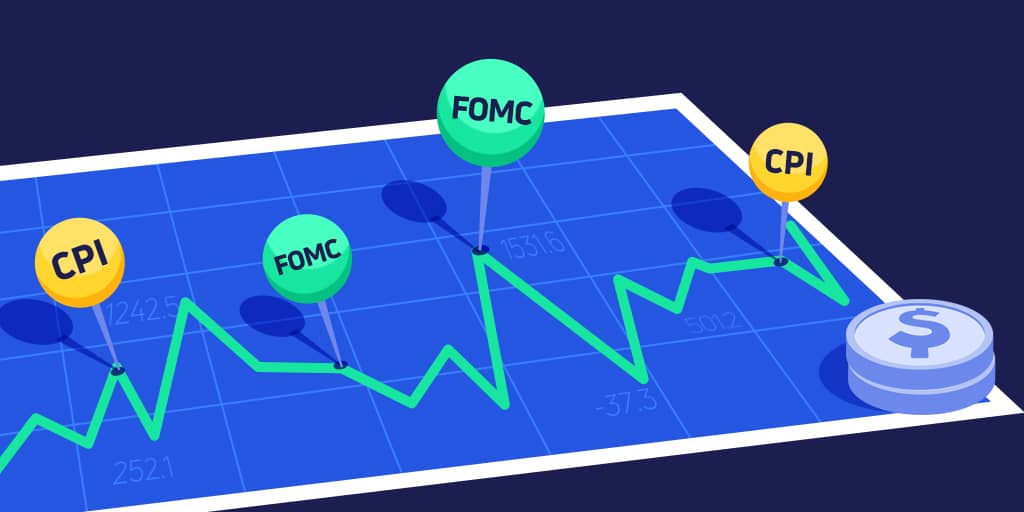 According to the data of Labor Department in July 13th, the CPI (consumer price index) rose 9.1% from a year earlier in a broad-based advance, the largest gain since the end of 1981. The widely followed inflation gauge increased 1.3% from a month earlier, the highest since 2005, reflecting higher gasoline, shelter and food costs. The US Inflation accelerated to 9.1%, increasing much pressure on the Fed, which is likely to strengthen the Federal Reserve’s resolve to aggressively raise interest rates that risks upending the economic expansion to bolster the dollar rally and bring renewed selling pressure to risk assets, bitcoin among them.


As we all know, the Fed FOMC had delivered its largest interest rate hike in 28 years to tackle scorching inflation when it concludes the last meeting on June 15th, who raised the interest rates by 75 basis points. And according to the FOMC meeting schedule below, there is another coming meeting in this month. 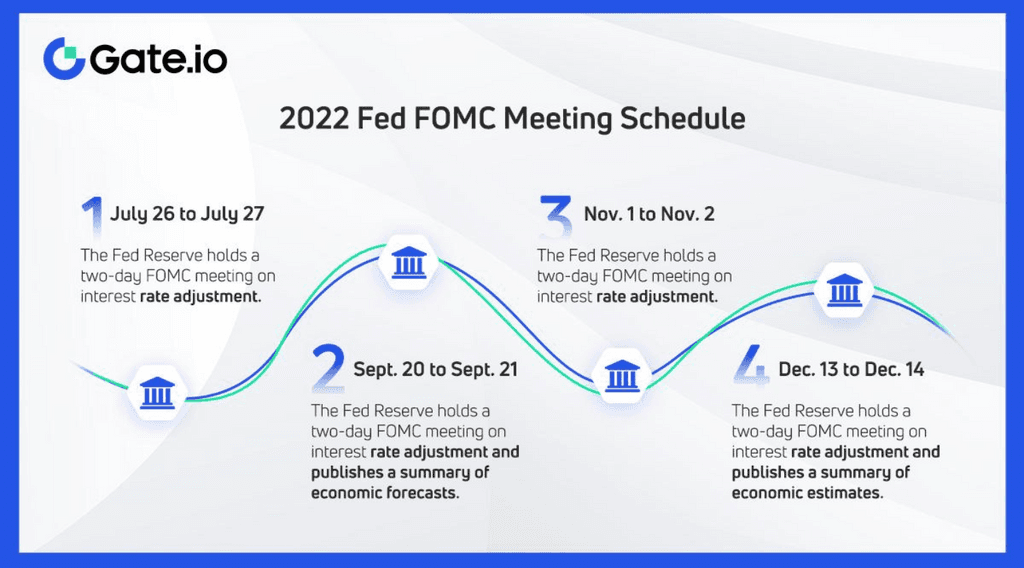 Fed will take appropriate measures to tackle with the sharply-risen CPI and inflation. Anyway, investors should stay tuned to the key time when the crypto price may be relatively volatile and trade with caution. It's recommend that you should reduce your holdings as it approach the date when FOMC announces interest rates. By the way, by how many points do you think the Federal Reserve will raise the interest rates in the next meeting?
BTC + 0.22%
ETH -0.10%
GT + 1.23%
Share with：
Follow us：
Trending
Crypto market will be in upheaval in September. How will investors survive?
What Is the LUNC Tax Burning Proposal?
What Is the Future of Ethereum?
High Possibility of a 75 Point Rise in Federal Fund Rate in September
Daily Flash | Cryptocurrencies rose on US markets relief rally but Global bond yields are not looking good for the economies
Claim 20 Point now
Exclusively for Newcomers: complete 2 steps to claim Point immediately!