BAYC Accused of Racism and Fascism

[TL; DR]
Ryder Ripps and YouTuber Philion are at the forefront of accusing BAYC of racism.
The main basis of the allegations of racism is the word Ape, which some people in the western world use to describe the blacks.
Gordon Goner, one of the founders of BAYC, says that the allegations of racism are baseless and meant to tarnish BAYC’s reputation.
Some analysts have argued that the claim of racisms and fascism against BAYC is meant to draw people’s attention to Ripps’ NFT collection

Bored Ape Yacht Club (BAYC) is facing serious allegations of racism and fascism. A recent video, shared on Twitter, has rekindled these allegations. However the founders have refuted them. Despite these allegations, BAYC's trendy NFT collection has the support of many celebrities like Justin Bieber who purchased about $1.3 million worth of BAYC’s NFTs. Apart from the popular Bored Ape NFTs, Bored Ape Yacht Club owns the APE Coin. The background of the Bored Apes and BAYC should help you understand the basis of the allegations of racism.

Bored Ape Yacht Club (BAYC launched a collection of 10 000 NFTS, called Bored Apes on the ethereum network in 2021. These Bored Apes have various features such as facial expressions, clothes, earrings, eyes, fur, hats, mouths and others which resemble those of human beings. Due to their popularity these NFTs have become symbolic in the NFT industry. As a result, many NFT lovers use these Bored Apes as profile pictures on major social media platforms, but mainly twitter. Furthermore, these NFTs also represent the emergence and adoption of the virtual universe or the metaverse. 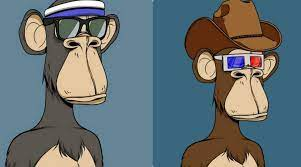 The striking thing about the Bored Ape NFTs is that their holders have full commercial rights enabling them to monetize them. This is a departure from the industry norm which prohibits buyers of NFTs from marketing the NFTs they hold, depriving them of additional income.
The founders of Bored Ape Yacht Club (BAYC) are Gargamel, Gordon Goner, Emperor Tomato Ketchup, and No Sass. By the way, these are all pseudo names.


The origin of racism allegations against BAYC

Ryder Ripps, using Twitter, is one of the main proponents of BAYC racism. In January he argued that Bored Ape Yacht Club (BAYC) is a club of “esoteric racists and white supremacists”. Notably, Ripps created a website GordonGoner.com, where he posted his material, attacking BAYC for perpetuating racism. The reason for using a website with the name of one of its founders was to enable people to visit this platform whenever they search for the founders of BAYC. This would then alert them of the allegations of racism against Bored Ape Yacht Club.
So, what’s really the issue here? The point is that BAYC uses the images of apes, primates which are similar to monkeys. For decades, people in the western world described black people as ‘apes’ or monkeys. 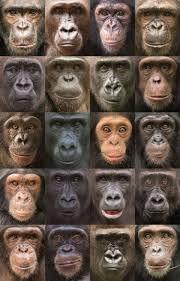 
The connection between BAYC and fascism

The same critics of BAYC also argue that it is a fascist organization. The reason is that BAYC uses a skull logo similar to that of SS, the paramilitary wing of the Nazis. Intriguingly enough, the skull has 18 teeth which, if converted into alphabetical order, represent AH, a popular abbreviation for Adolf Hitler. Thirdly, the critics point out that the Bored Ape Yacht Club collection was released on 30 April, the very same date on which Hitler died. 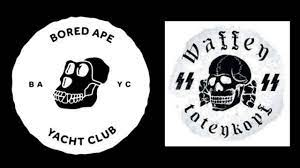 In addition, the critics further argue that BAYC uses some images which are related to colonialism and fascism. As if that is not enough, the name of the company that founded BAYC, Yuga Labs has the word ‘Yuga’ which they claim is a “mouth-watering word which is related to the elements of the underground social network 4chan.”

According to them, the pseudo names of the founders of Yuga Labs and BAYC, Gargamel, Emperor Tomato Ketchup, Gordon Goner, and Sass have clear racists and fascist connotations.

Most of the above allegations are contained in the YouTuber Philion’s video which has gone viral on Twitter entiteld “Bored Ape Nazi Club”. Basically, this video contains some detailed information pertaining to the alleged racist tendencies of BAYC which Ryder Ripps publicised in January.


The reason behind this campaign

The YouTuber Philion is not just making claims against BAYC. In fact, he is making a call to the people who hold BAYC’s NFTs to take action. Particularly, his focus is on all celebrities who have purchased the Bored Ape NFTs. He is pressuring the celebrities that hold these NFTs to burn them. At the time of writing, this video, “The Bored Ape Nazi Club’tweet has over 370 K viewers whose comments and sentiments, shown by the hashtags, seem to support Philion’s point of view.

However, some people have questioned the validity of the claims contained in the video. This is particularly so since part of the message of the video seems to praise Ripps. Their point of view is that the intention of the video, The Bored Ape Nazi Club’ is to draw people’s attention to Ripps’ NFT collection.

Also, the founder explained the reason for using the ape in their collection of NFTs. They got their inspiration from the “Ape-in” joke which is very popular in the crypto investment communities. Aside from this, BAYC’s logo originated from the sailing clubs. On the other hand, Yuga is the name of a popular character in the Zelda series. Accordingly, they used these elements as they are part of their memories with no bearing to any race or political orientation.

Since January 2022 there have been some accusations of racism and fascism against Bored Ape Yacht Club (BAYC). Among the individuals voicing their concerns about racism are YouTuber Philion and Ryder Ripps. They base their accusations on the images, symbols and names the founders of BAYC use. For example, they argue that the image of the ‘Ape’ widely used in the NFTs is a word which some people in western countries use to refer to the blacks. However, the founders of BAYC hold that these symbols, images and logos are not related to racism and fascism at all.

BTC -0.89%
ETH -1.21%
GT -0.61%
Share with：
Follow us：
Trending
Crypto market will be in upheaval in September. How will investors survive?
What Is the LUNC Tax Burning Proposal?
What Is the Future of Ethereum?
High Possibility of a 75 Point Rise in Federal Fund Rate in September
Daily Flash | Global FX markets are tanking as inflation spreads through the world, and what’s happening with Ethereum Shanghai upgrade?
Claim 20 Point now
Exclusively for Newcomers: complete 2 steps to claim Point immediately!