The evolution of the web and the internet has shown that the future of the web is hard to imagine.


It is a continuous process that moved from web1 to web2, and we are now heading to Web3.


Web1 is the first evolution of the internet that dates back to the 1990s.


Web2 was ushered in early 2000, and by 2004, the popularity of the internet went beyond imagination.


The Web2 era was the period of social media, and the foremost ones then were My Space, Facebook, and Twitter.


Instead of having Web3, experts suggest that the current state of the phase of the internet is Web2.5.


These experts described it as the transitional phase between web2 and the full launch of web3.


Due to the complexity of web3, it is necessary to have the web2.5 phase to familiarize internet users with what is expected in the next generation.


Some experts opine that since there was no need for a transitional phase between web1 and web2, the possibility of web2.5 is dead on arrival.


The future of the web is hard to imagine. The key players in the web and technology ecosystem are trying to create a robust platform for other developers and creators to leverage.


The aim is to move from having to access information online to interacting with computers and servers in a decentralized arrangement. The evolution of the internet is tailored towards limitless achievement and the continuous pursuit of smart technologies.


Recently, we have seen how Web1 fared, followed by Web2, and we are currently focusing on Web 2.5.


In this article, we shall identify the future of the internet right from how Web1 ushered in Web 2, the features, and the possibility of a Web2.5 internet version.

Web1; Where It All Started! 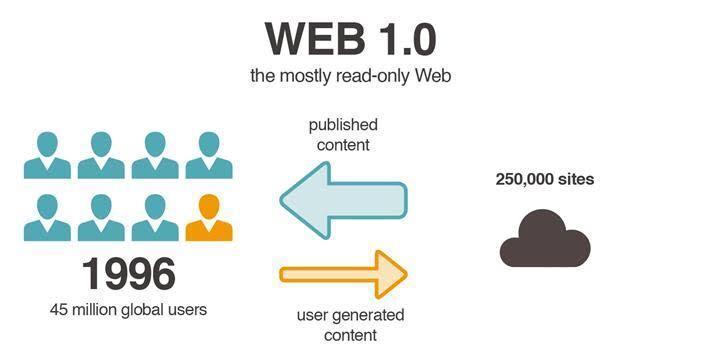 Like every other facet of life, the internet is evolving. The first evolution of the internet and computer technology dates back to the 1990s, a period of "static web page" internet.


The exciting part of Web1 internet was that everyone with network connectivity had an online presence and was provided with the available information online.


However, your activities on Web1 were limited. There is no avenue for user interaction and feedback. The Webmaster was solely responsible for updating users and managing the web content.

How Web2 Was Ushered In 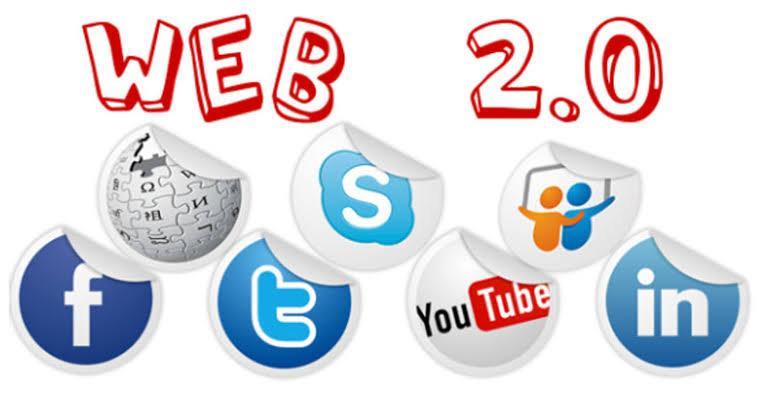 
In early 2000, the stakeholders in the technology ecosystem felt the need to shift to more user-generated content. During this period, around 2004, internet use was becoming vastly popular.


The Human impulse to communicate and interact prompted the next evolution from Web1 to Web2. The need to establish, nurture and maintain personal connections across the internet without a location or geographical barriers necessitated the Web2 version.


The Web2 version of the internet ushered in Social media. The foremost social media launched then were My Space, Facebook, and Twitter in 2003, 2005, and 2006 respectively.


The Web2 internet version received a lot of acceptance, and many became dedicated internet users. Shortly after, Youtube was founded.


The launch of YouTube was to partner with content creators and provide a central platform where internet users who were mere consumers and would-be creators.


The arrangement will enable YouTube to generate revenue in marketing and ads while the content creators will have a platform to amplify their ventures.


Blogspots like Tumblr were launched, and Podcasts were also introduced. The launch of all these platforms pointed to the relevance of content creation and interaction in ever-evolving cyberspace. 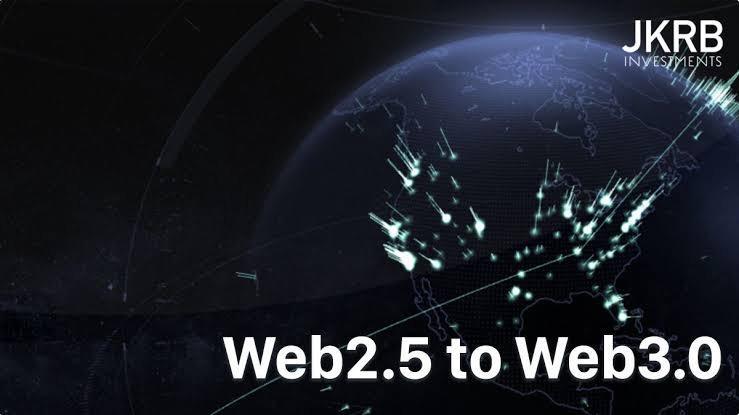 
Just like we transitioned from Web1 to Web 2, the need for the stakeholders to roll out new ideas and update for internet users is imminent. While the decentralized web is the core of the future of the internet, and it is expected to be fully realized in Web3, do we call the present updates Web 2.5?


There are high expectations for the next evolution of the internet. The Web 2 platforms and features were exceptional and highly rated. The standard set by Web2 makes the expectation of internet users high for Web3.


Experts opine that since the glimpse of the Web3 shows a robust, smart, decentralized web, and an entirely different switch from the norm, we can conclude that we are not yet there. Similarly, our web experience is changing, and the new platforms launched on the internet are towards actualizing fully decentralized cyberspace.


That is, we are at a crossroad or liminal phase where we have not fully actualized the potential of a Web 3 internet, but we have moved from the Web2 version of the internet. So what do we call this phase? Web 2.5


Now, the question begging for an answer is the possibility of a Web 2.5 before the full launch and adoption of Web3 by internet users.


There are divergent opinions on the possibility of a Web 2.5. While some tech enthusiasts and industry players consider Web2.5 a transitional phase from the previous web version to the next, other individuals opine that the phase is unnecessary and should not be given attention.


The former group established the possibility of Web2.5. They opined that Web 3 is robust and extremely different from what the internet users were accustomed to. It is, therefore, necessary to have a transitional web phase that will familiarise the internet users with the decentralized web.


This phase will be a preliminary phase to a larger decentralized experience that comes with Web3. This phase is Web 2.5.


For instance, Mat Dryhurst says she uses the term Web 2.5 to describe web services like newsletter sub_script_ion, digital artist membership, etc.” that are slowly transitioning audiences away from the expectation of free stuff.


He added, "I use 2.5 in this context because I believe Web3.0 will inevitably eclipse those services. In that sense, I use Web 2.5 as a transitional term.”


The latter group of individuals opines that Web 2.5 is not a web evolution or phase, and therefore, there is no possibility of it. The move will follow the regular order of Web 1 to 2 and 3.

The possibility of Web2.5 is imminent. I agree with the experts who believe there is a need to move through the transition. What is expected in Web3 is starkly different from Web2, and Web 2.5 will bring about ease in moving from the present to the future.


Even though there was no transitional phase or Web 1.5 when moving from Web1 to Web2, it is unavoidable. The tech ecosystem is already witnessing the launch and usage of Web2.5 features, and it is more of a transition phase than a full technological advancement.

This article represents only the researcher's views and does not constitute investment suggestions.

Gate.io reserves all rights to this article. Reposting of the article will be permitted, provided Gate.io is referenced. In all cases, legal action will be taken due to copyright infringement.