Gate.io Blog Is the Dawn of Future Coming or Is It Just a Flash in the Pan? Can Web 5 Become a Web 3 Killer?
Industry Analysis

Is the Dawn of Future Coming or Is It Just a Flash in the Pan? Can Web 5 Become a Web 3 Killer? 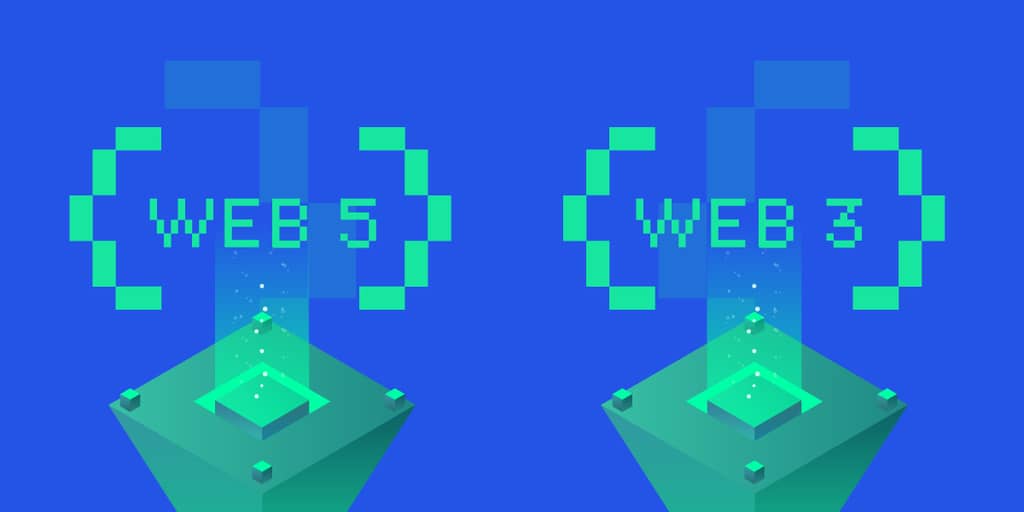 1. In the development process from Web 1.0 to 3.0, we have experienced changes from "watching" to "creating" and then to "owning".

3. Unlike Web 3, Web 5 only links the user's identity data through the DID protocol ION on the Bitcoin network, while other contents are stored on the DWNs controlled by the user.

4. Dorsey believes that the Internet undoubtedly needs its own native token, and Bitcoin is the best choice.

On June 11, Twitter founder Jack Dorsey first proposed the concept of "Web 5" and announced relevant projects at the Consensus 2022 Conference held by Block, which triggered a heated discussion in the community. 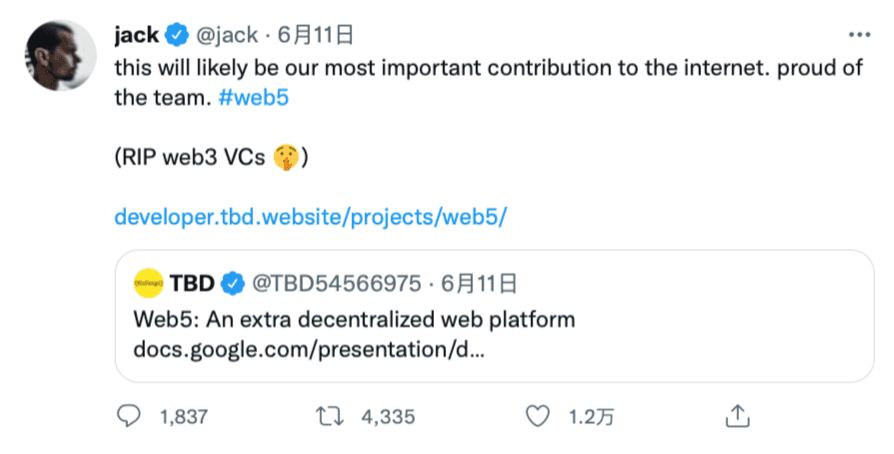 This move may make people confused. After all, even Web 3 has not been popularized, and Web 4 has not yet appeared. Where does Web 5 come from? Some even joked that the development of the Internet was carried out according to the Fibonacci numbers, 1+2=3, 2+3=5. According to this logic, the next generation Internet would be Web 8, 3+5=8, that is, skipping Web 6 and Web 7 directly. In fact, Dorsey's logic unfolds like this.

In the development process from Web 1.0 to 3.0, we have experienced changes from "watching" to "creating" and then to "owning". In the Web 1 era, the content on the network is mainly updated by enterprises. Other individual users can only browse and retrieve information, and can not interact with the network. In the Web 2 era, every Internet participant has become the creator of network content. Anyone can publish content on the Internet. The Internet has become an interactive network with two-way flow of information. However, the most significant subjects in the creator economy in the Web 2 era are still brands and large platforms, which hold the ownership of content. The large centralized platform takes full advantage of Web 2. Just like the landlord in the feudal era, most of the income of creators' works is taken away by the platform. 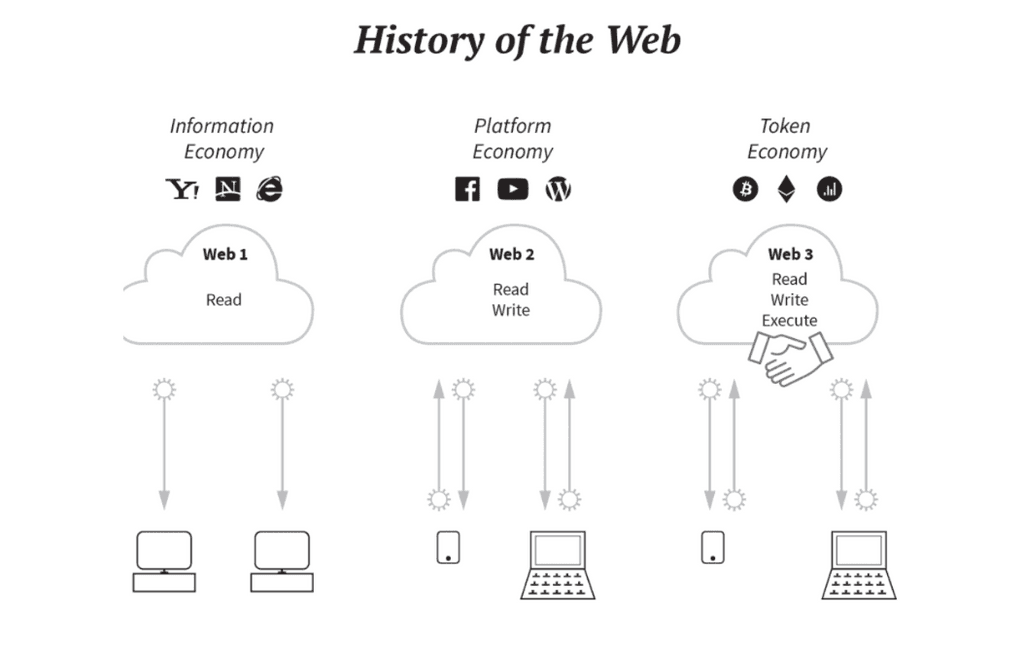 Source: The history of the web (Token Economy, Shermin Voshmgir, 2019)

The theme of Web 3 is "decentralization" and "returning ownership to the people". One of its major features is the unification of data flow and value flow, achieving the decentralization of data ownership. The value stream is reflected through various tokens, and the blockchain will constitute the value layer of the Internet. Web 3 is a revolution for creators to seize the ownership of content from oligarchs, break the unreasonable income distribution system, break the exploitation of trading intermediaries, and directly benefit from their works through tokens and contracts. However, Web 3 also has its own problems. Various tokens have brought a strong speculative atmosphere, and the use of various tools has always been constrained by the performance of the public chain.

"Web 5" aims to replace Web 3 and become a new generation of decentralized network platform. The goal of Web 5 is similar to that of Web 3. By building a Decentralized Web Platform (DWP), it helps developers create Decentralized Web Applications (DWAs) by using Decentralized Identities (DID) and Decentralized Web Nodes (DWN), and finally returns the identity and data ownership to users. These topics have been commonplace in the era of Web 3, but unlike Web 3, where various public chains bloom, TBD's Web 5 plan only needs Bitcoin, a public chain with the most consensus.

Unlike Web 3, Web 5 only links the user's identity data through the DID protocol ION on the Bitcoin network, while other contents are stored on the DWNs controlled by the user. As in the Web 2 era, developers can focus on providing users with a smooth user experience. Web 5 code will be open-source and return to the original intention of Internet sharing and co-construction. Meanwhile, Web 5 will not issue additional tokens, which will completely curb the atmosphere of excessive speculation.

Web 5 of TBD will consist of three main parts, decentralized identifiers, verifiable credentials and decentralized web nodes. In this plan, there is no such smart public chain as Ethereum or high-performance public chain such as Solana. It is unrealistic to store and perform all user data and related calculations on the blockchain. Even Ethereum, which created the smart contract, has given up its vision of becoming a "global computer" and regarded itself as a "global settlement layer". If only the user's identity data is stored on the chain, the problem of blockchain scalability will no longer exist.

In Dorsey's Web 5 plan, Bitcoin has the most important position. This is actually not surprising. On the one hand, among all blockchains, Bitcoin has the highest degree of decentralization in theory. On the other hand, Dorsey, one of the entrepreneurs with the last Internet feelings in Silicon Valley, has always been a passionate supporter of Bitcoin.

Since stepping down as CEO of Twitter in November 2021, Dorsey has focused on running Square, another mobile payment company he founded in 2009. Dorsey has long been interested in the field of cryptocurrency and is considered a Bitcoin maximalist. Square has purchased more than 8,000 Bitcoins twice so far. The company even changed its name to Block in february 2012.

Dorsey believes that the Internet undoubtedly needs its own native token, and Bitcoin is the best choice. Presently, Block has established a huge ecosystem for Bitcoin, including decentralized identity system TBD, decentralized exchange tbDEX, Bitcoin hardware wallet, etc. its payment application Cash APP has also supported the rapid sending and trading of Bitcoin through the Bitcoin Lightning Network.

Dorsey himself is a critic of Web 3. In December 2021, he tweeted that the so-called Web 3 was just a marketing term. The subjects who really control Web 3 are many VC institutions from Silicon Valley. They also grab most of the benefits brought by Web 3. 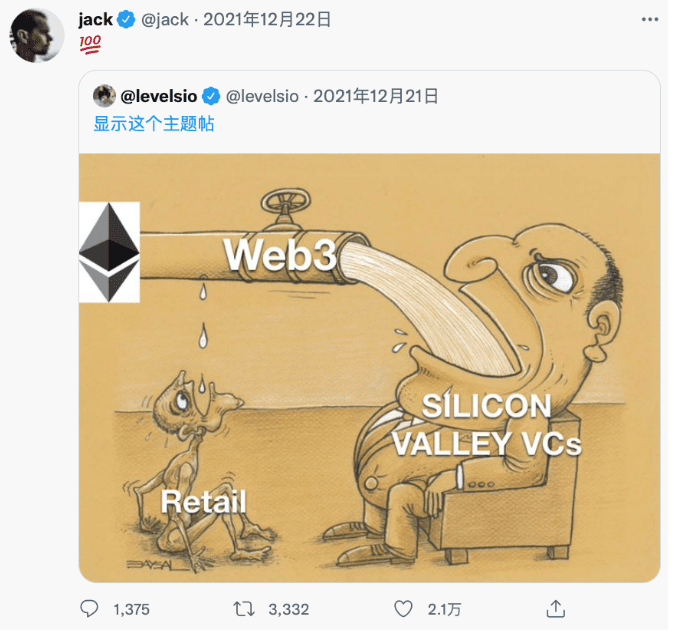 We have to sigh: one day in the crypto space, one year in reality. The former concept has not yet been implemented, and new concepts have already been put forward. People often think that issuing tokens is the essence of Web 3, and the concept of Web 5 is undoubtedly shaking this basic consensus. But without tokens as an incentive, how can Web 5 obtain users and realize the distribution of network prices? On the other hand, as individual users, are they willing to hold and maintain their own decentralized web nodes? Let us keep in touch with whether these problems can be solved.

Author: Gate.io Researcher: Ashley H. Translator: Joy Z.
* This article represents only the views of the researcher and does not constitute any investment advice.
*Gate.io reserves all rights to this article. Reposting the article will be permitted provided Gate.io is referenced. In all other cases, legal action will be taken due to copyright infringement.

BTC + 3.50%
ETH + 2.32%
GT + 1.81%
Share with：
Follow us：
Trending
Crypto market will be in upheaval in September. How will investors survive?
Bet On 1 USD‘s Future with Burning -- What Is the LUNC Tax Burning Proposal
What Is the Future of Ethereum in Post-Merge Era
High Possibility of a 75 Point Rise in Federal Fund Rate in September
Daily Flash | Global FX markets are tanking as inflation spreads through the world, and what’s happening with Ethereum Shanghai upgrade?
Claim 20 Point now
Exclusively for Newcomers: complete 2 steps to claim Point immediately!