Gate.io Blog The Decoupling of UST Triggered a Deluge of Regulation | What is the Future of Stablecoin?
Industry Analysis

The Decoupling of UST Triggered a Deluge of Regulation | What is the Future of Stablecoin? 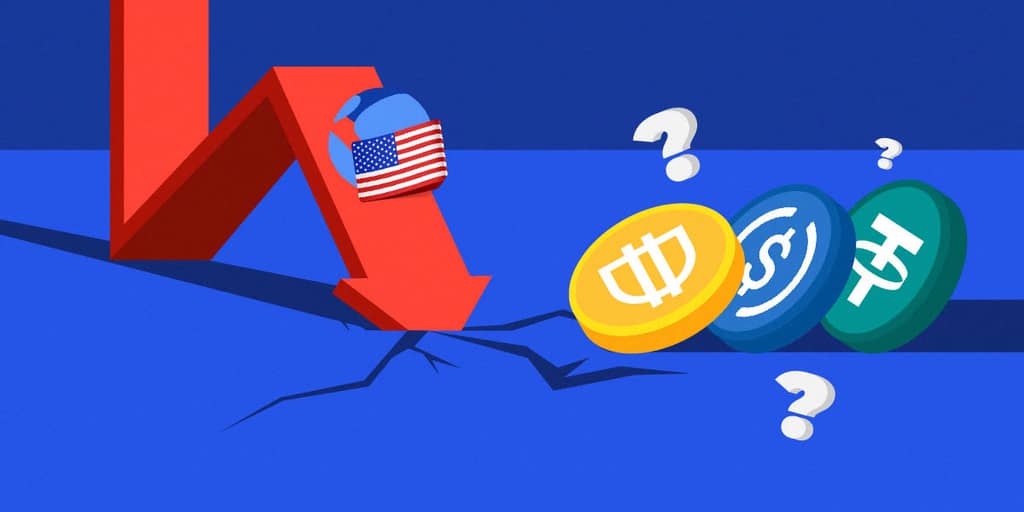 1. After UST decoupling and LUNA collapse, several regulators, including the Federal Reserve, began to consider the regulation of stablecoins again.

2. At the Capitol Hill hearing, the US Treasury Secretary called for the adoption of stablecoin legislation by the end of the year to establish an appropriate framework to control the "rapid growth risk of financial stability".


On May 8, UST, the fourth largest algorithmic stablecoin project, began to decouple from the US dollar. Within a few days, UST fell below 0.2 against the US dollar. The decoupling of UST triggered a crypto space storm. The value of LUNA (a UST-related token), was close to zero in just 10 days, which exacerbated the downward trend of the cryptocurrency market caused by the Fed's interest rate hike, and the price of Bitcoin once fell to $25000. 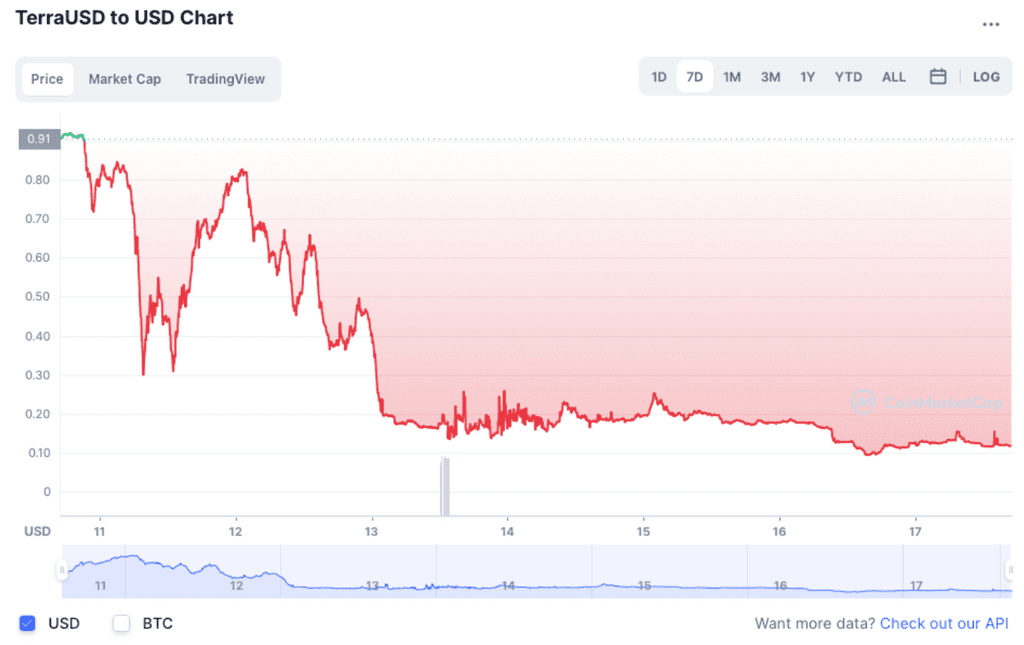 With the continuous development of the cryptocurrency market, its impact on the real world is also expanding. Enron's market value was $80 billion when it collapsed in 2001 due to financial fraud. Presently, the market value of LUNA+UST is close to $40 billion, almost half of that of Enron. The influence of cryptocurrency stablecoins is expanding day by day, which may even lead to spillover effects and affect the stability of the whole financial system, which makes many regulators, including the Federal Reserve, begin to consider the regulation of stablecoins.

On May 10, after UST decoupling fell to $0.62 and LUNA plummeted, the Federal Reserve issued the financial stability report, emphasizing the market run risk of the stablecoins. The report believes that the financing risk of domestic banks in the United States is low, but some money market funds, bond funds and stablecoins still have structural vulnerabilities. On the same day, the U.S. Treasury Secretary Janet Yellen also called on Congress to approve stablecoin legislation by the end of the year to establish an appropriate framework to control the "rapid growth risk of financial stability". On May 12, the European Commission also issued a document and began to consider limiting the wide use of the stablecoins. Specifically, if the market value of a stablecoin project exceeds 200 million euros (approximately $211 million) or the daily trading volume exceeds 1 million, the regulator will have the right to stop its issuance.

In fact, as early as 2021, the regulation of stablecoins has entered the agenda of regulators including the Federal Reserve. In June 2021, the Basel Committee on Banking Supervision (BCBS) issued the consultation document "Prudent Treatment of Cryptocurrency Assets Exposure", which believed that without a specific prudent treatment, the continuous growth and innovation of cryptocurrency assets and related services may increase the problems of global financial stability and the risks of the banking system, and put forward suggestions to bring the exposure of banking financial institutions to cryptocurrency assets into the regulatory framework of the Basel agreement. It is proposed to treat the stablecoins with assets such as stocks and bonds. In the stablecoin report issued by the US President's Working Group (PWG) in November 2021, it has been mentioned that it calls on Congress to legislate to ensure that the stablecoins are subject to "consistent and comprehensive" supervision, and regard the stablecoin issuer as an institution at the same level of the bank to fulfill relevant audit and legal obligations.

Stablecoins are the common value target of many assets in the cryptocurrency market, which expands the boundary of fiat currency and is a bridge between the blockchain and the real world. As a means of payment, the price change of stablecoins is smaller than that of other digital assets, which is closer to the real currency. In addition, since the stablecoins are based on various blockchains, no matter where it is located in the world, anyone can accept or send the stablecoins by simply connecting to the blockchain network. The stablecoins also have a variety of possibilities in cross-border payment, inclusive finance and so on.

Technically, stablecoins can be divided into Off-Chain-Backed Stablecoin, On-Chain-Backed Stablecoin and Algorithmic Stablecoin. Among them, the Off-Chain-Backed Stablecoin is the most popular. Currently, the two largest stablecoins USDT and USDC belong to this type. This kind of stablecoins are generally issued and managed by a centralized organization, and there are real financial assets such as US dollars as value endorsements. With real assets as the value support, the price change of such stablecoins is generally only affected by short-term supply and demand, and generally fluctuates less. However, due to the high degree of centralization of such stablecoins, the issuer also has some problems in the transparency and openness of these assets. For example, TEDA, also known as Tether, the issuer of the USDT coin, has long been accused of being an "unsecured money printer". 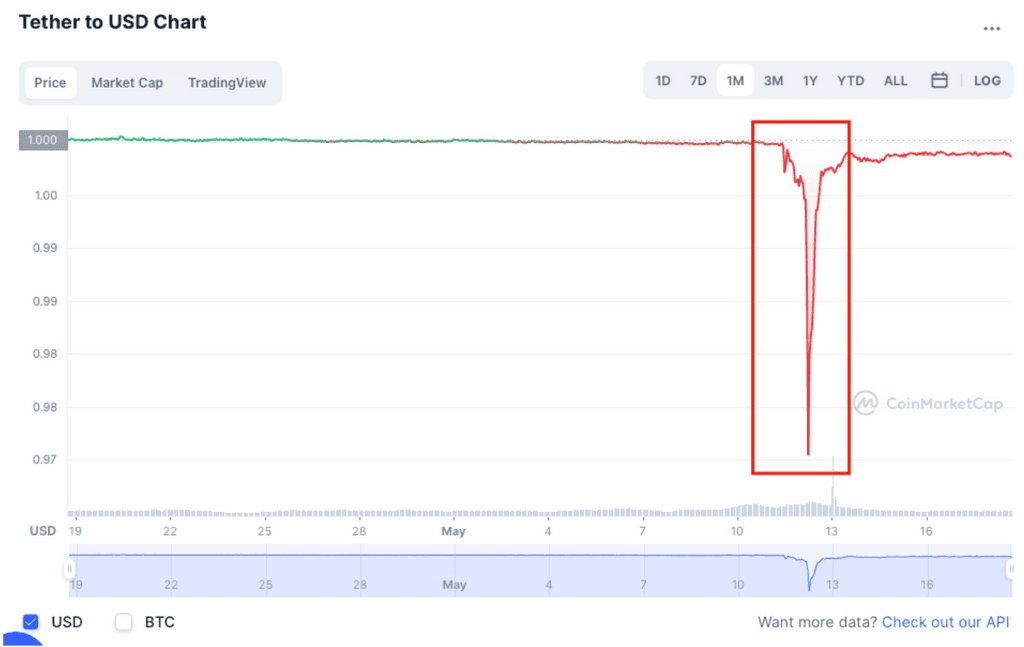 Image: Coinmarketcap, the sharp decline of LUNA on the 12th led to the flight of funds and the short-term decoupling of USDT to $0.97 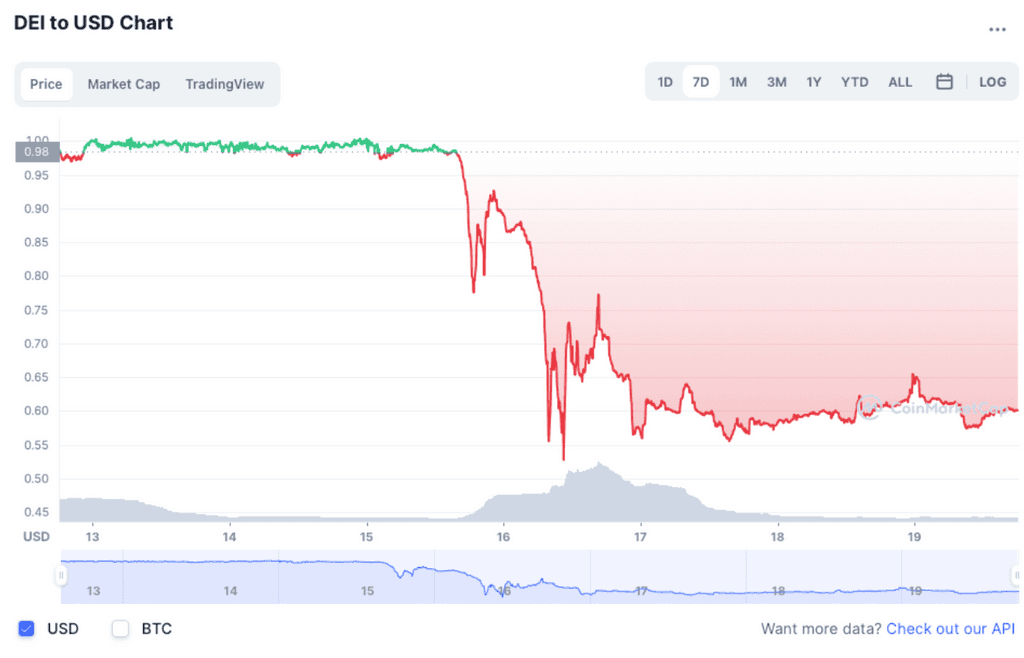 At a time when there are frequent stablecoin collapses, the supervision of various countries is tightened, and the public distrust of the stablecoins is growing, the opportunity for standardization still exists. 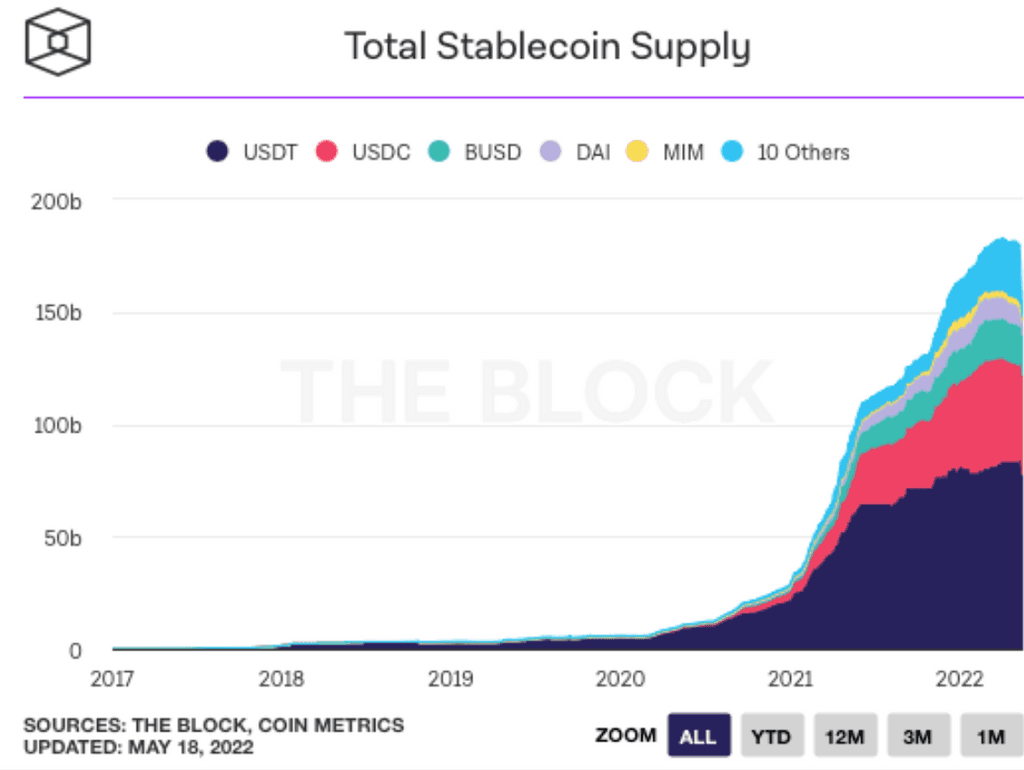 Over the past year, the types of stablecoins have increased over 10 times, and the total supply has exceeded 280. As a key application of decentralized finance, the importance of stablecoins is self-evident. Perhaps what’s really important is to be more open than blocked, accept technological innovation, give some fault-tolerant space, and test the regulatory framework.

Gate.io Featured Articles
Luna Chain Reaction Poses Significant Capital Loss, and the Security of DeFi Financial Products Initiates Dispute
Luna Fell by More than 95% in a Single Day. What Is the "Death Spiral" Leading to Hell?
The Founder of Azuki Reveals His Rug-Pull Experience, Resulting in the Floor Price of Azuki Halved

BTC + 6.34%
LUNA + 5.15%
DAI -0.07%
Share with：
Follow us：
Trending
Gate.io Is Sponsoring Blockchain Economy Summit In Türkiye
Gate Group Receives VFA Class 4 License in Malta, Marking a Strong Start in Europe
The Impact of USDT Depegging on the Crypto market
Cats Rule the World! | Why Do Mimic Shhans NFTs Go Viral?
Why Is There Sharp Decline In The Price Of Cryptos Recently?
Claim 20 Point now
Exclusively for Newcomers: complete 2 steps to claim Point immediately!