1. According to the falling market on May 12, the quotation of Chainlink oracle failed and ended at $0.107.

2. As the on-chain price information could not be updated in time, the two DeFi lending protocols that worked closely with Chainlink were damaged. One lost $14.2 million and the other went bankrupt directly.

5. Currently, Gate.io has launched a variety of products that integrate different types of risks and benefits. You can view them in the “Earn" section of the navigation bar in the Gate.io official website.


Since May 8, the well-known stablecoin project UST began to decouple from the US dollar, and the value of its associated token LUNA has declined thousands of miles and even nearly returned to zero in just 10 days. Luna's slump also brought turbulence to the whole crypto space. Several financial projects under the DeFi segment have become victims of market fluctuations.

In the falling market on May 12, LUNA prices continued to plunge, falling below the lower limit of price feedback of Chainlink oracle, triggering the price circuit breaker mechanism of oracle. The real spot price of LUNA continued to decline, while the quotation of Chainlink oracle ended at $0.107. As the oracle is the medium that uploads the off-chain price information to the on-chain smart contract, the service of the oracle is suspended, so that the on-chain price information cannot be updated in time. Two DeFi lending protocols that worked closely with Chainlink were damaged, and one protocol project went bankrupt. 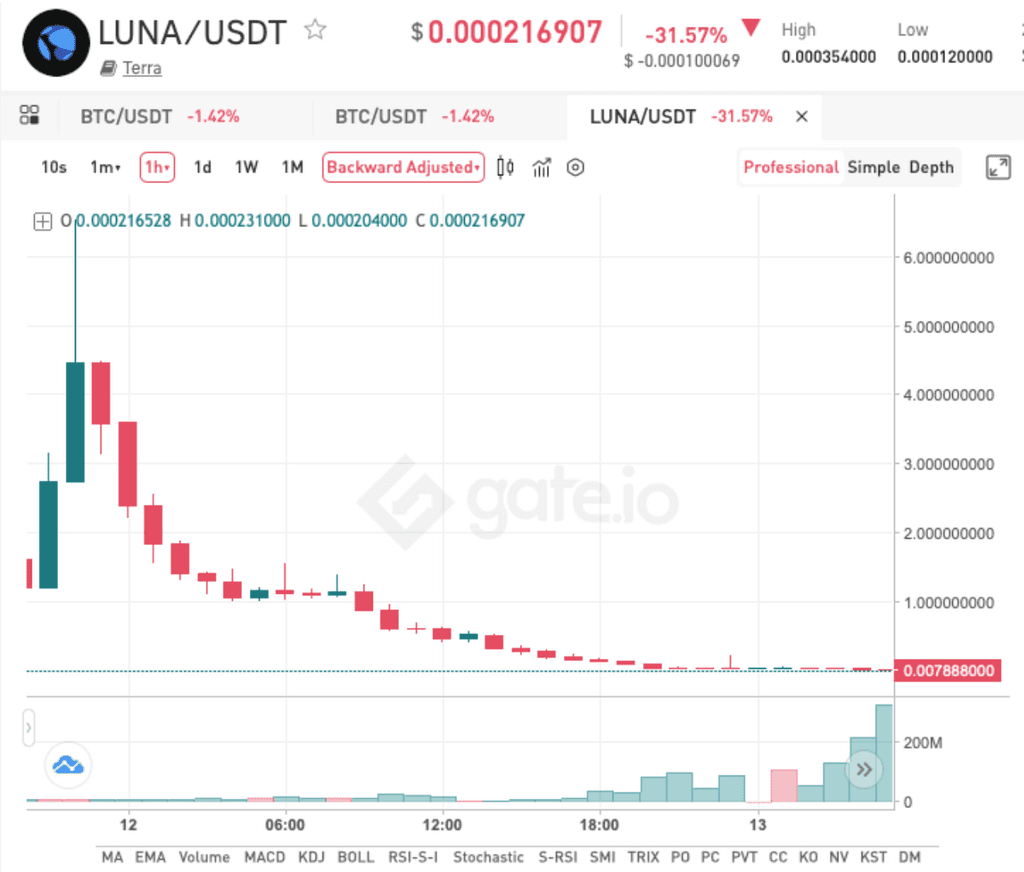 On May 13, Blizz Finance, an unmanaged liquidity protocol on the Avalanche chain, tweeted that the LUNA quotation on the system could not be updated in time because Chainlink suspended the LUNA oracle service. Several attackers deposited millions of LUNA into the contract with the $0.1 offer previously provided by Chainlink, and lent all the collateral in the contract. Due to the time-lock mechanism adopted in the protocol, all assets on the protocol have been exhausted before the Blizz team can terminate the transaction. Subsequently, the Blizz team announced that it would stop operating the project. Only LUNA worth approximately $1.5 million remained in the protocol, which will be used to compensate users with damaged assets. 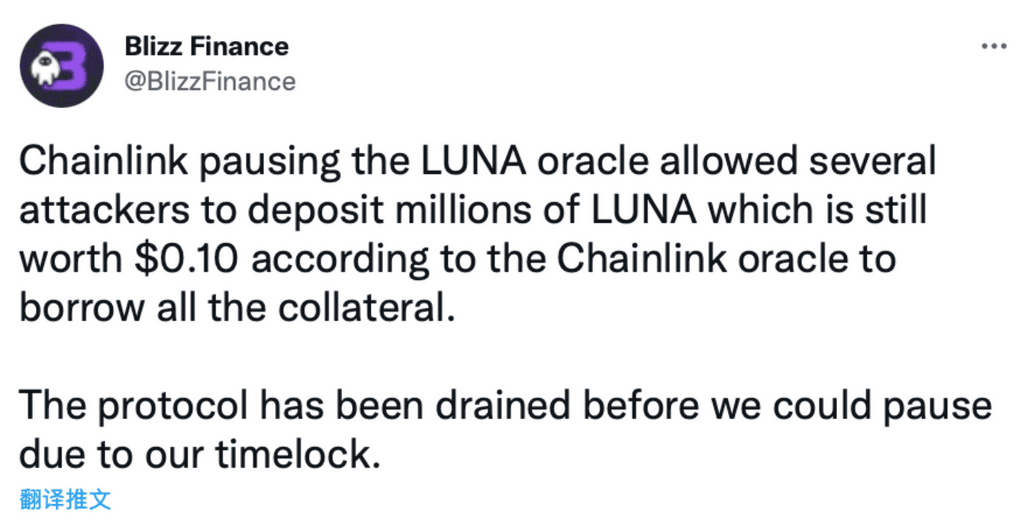 On the same day, Venus Protocol, the largest DeFi lending protocol on BSC, also issued a statement that the protocol also suffered significant asset losses due to the invalidation of Chainlink's quotation. Fortunately, the project team found this problem when the spot price was $0.01 four hours after the quotation was stopped. Venus's losses were finally controlled at $14.2 million.

In the subsequent official statement issued by Chainlink, we learned that in the extreme market on May 12, the minimum precision circuit breaker mechanism of LUNA/USD price was automatically triggered without the participation of any node operators, Chainlink Labs members or third parties. This mechanism, which is intended to prevent price manipulation and sudden collapse, has led to significant user property losses.

Since its birth, security has always been a major DeFi concern. Although DeFi has the characteristics of no intermediary and high capital efficiency, the vulnerabilities of smart contracts are always difficult to avoid. Yes, users' funds are in danger. From the hacking of PolyNetwork last year to the attack on Ronin's cross-chain bridge this year, hacker attacks occur repeatedly, and the amount of loss is becoming larger and larger. In addition, in extreme markets such as Luna's slump, whether the DeFi protocol can still operate normally has also become a problem.

For ordinary individual users, the process of directly participating in the DeFi mining project is cumbersome. They not only need to properly manage wallets and keys, but also need to pay high gas fees. In addition, it is also necessary to accurately identify the project team to avoid code vulnerabilities, project failure and bankruptcy, which is extremely risky. In this case, it is also a wise move to choose safer and faster CEX financial products instead of risking major capital loss. 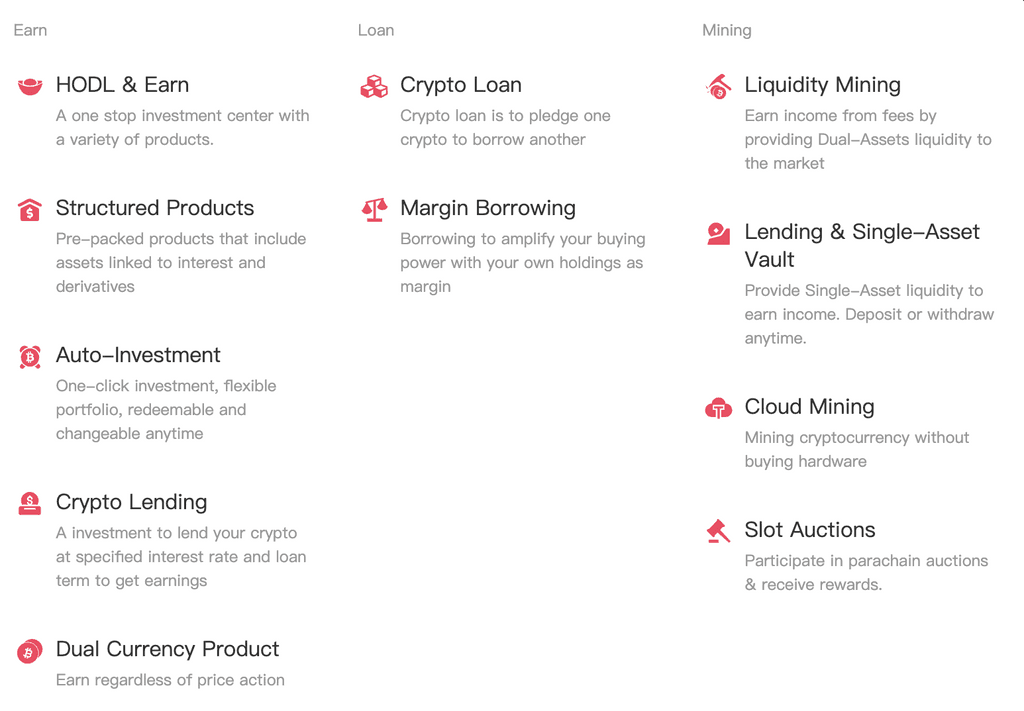 Gate.io financial management project combines the high yield characteristics from DeFi projects and the safety and convenience characteristics of a CEX. Specifically, it has the following advantages:

1. Safe and reliable
Compared with the frequently attacked DeFi project, the Gate.io platform always takes security as the service core, which is more trustworthy. The third-party security testing agency has tested the security of 100 crypto digital currency exchanges around the world, the Gate.io platform security ranking second. Investors rely on a highly secure platform for lending and mining investment, which can effectively avoid project risks.

2. Convenient and fast
When conducting financial operations such as borrowing and lending in decentralized projects, users often need to deeply learn relevant knowledge and make complicated settings. Once the operation is improper, there is a risk that they will not be able to retrieve funds from the contract address. And at Gate.io financial management, users only need a few simple steps to complete the operation, safe and worry-free, and get benefits with one click.

3. Diverse choices
Currently, Gate.io has launched financial products close to the traditional financial market, including HODL & Earn, Structured Products and Dual Currency Product. It also has financial products with strong cryptocurrency industry characteristics such as Crypto Loan, Liquidity Mining and Lending & Single-Asset Vault, which can provide you with a variety of products integrating different risks and benefit types. You can view them in the “Earn" section of the navigation bar in the Gate.io official website.

Gate.io Featured Articles
The Founder of Azuki Reveals His Rug-Pull Experience, Resulting in the Floor Price of Azuki Halved
Luna Fell by More than 95% in a Single Day. What Is the "Death Spiral" Leading to Hell?
UST Decoupled from the US Dollar and LUNA Slumped by 60%

BTC -0.43%
ETH -0.43%
LUNA + 1.33%
Share with：
Follow us：
Trending
Crypto market will be in upheaval in September. How will investors survive?
What Is the LUNC Tax Burning Proposal?
What Is the Future of Ethereum?
High Possibility of a 75 Point Rise in Federal Fund Rate in September
Daily Flash | Cryptocurrencies rose on US markets relief rally but Global bond yields are not looking good for the economies
Claim 20 Point now
Exclusively for Newcomers: complete 2 steps to claim Point immediately!